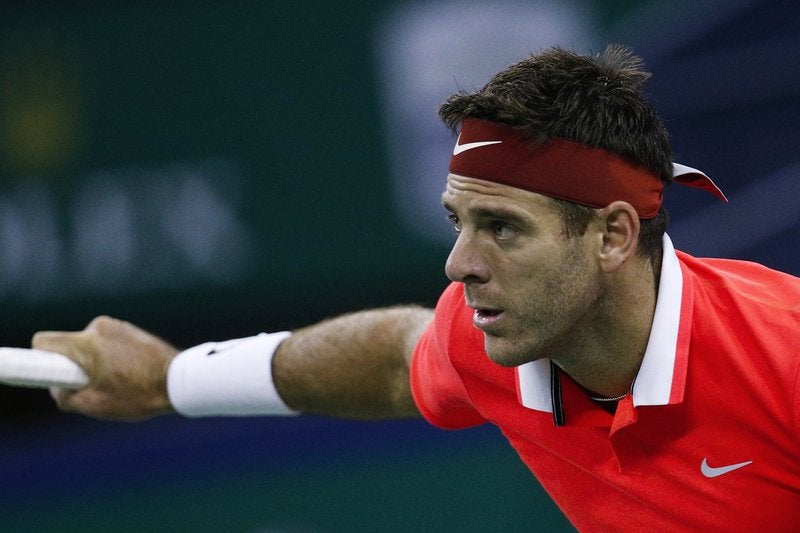 BUENOS AIRES, Argentina — Juan Martin del Potro has fractured his right patella bone in what the Argentine called “a hard blow that leaves me without strength.”

Del Potro retired Thursday against Borna Coric at the Shanghai Masters after injuring his knee. Third-seeded Del Potro fell near the end of the first set. The U.S. Open finalist had the knee wrapped but called it quits after losing the first set 7-5.

“In the coming days, the doctors will evaluate the recovery process needed to return,” Viale said.