Nurmagomedov challenges Mayweather to a fight 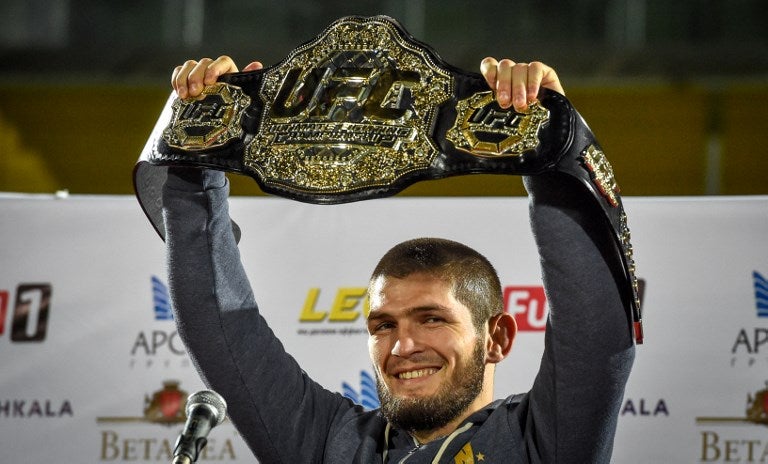 Nurmagomedov’s challenge came in a video posted on Instagram by Mayweather’s promoter Leonard Ellerbe who indicated he ran into the UFC fighter at a fight card in Russia.

“Let’s go Floyd. We have to fight now: 50-0 versus 27-0,” Nurmagomedov said with Ellerbe standing next to him smiling. “We are two guys who never lose. In the jungle there is only one king. Of course, I am the king because he cannot drop McGregor but I drop him easily. Let’s go.”

Nurmagomedov did not say whether he wished to fight Mayweather in a boxing or UFC match. Like McGregor, the Russian has no previous experience as a professional boxer.

McGregor made millions last year by taking on Mayweather in lopsided boxing match. Mayweather appeared to toy with McGregor in the early rounds before stopping the Irishman in the 10th to improve to 50-0.

He then climbed out of the Octagon to fight with a member of McGregor’s entourage who had been taunting him. McGregor also took some punches from members of Nurmagomedov’s team.