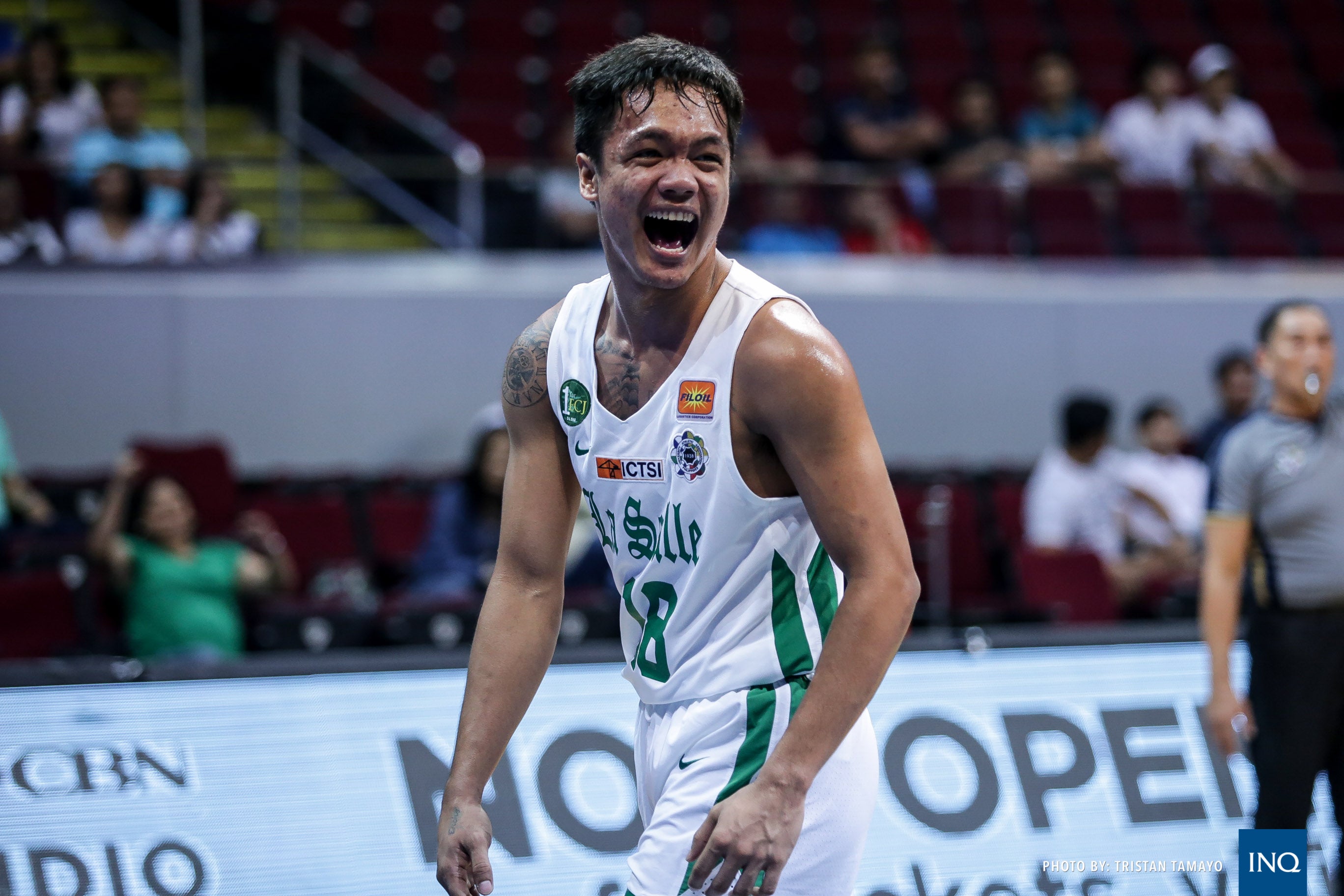 For the most part of the UAAP Season 81 men’s basketball tournament, De La Salle often had Aljun Melecio running the show.

Melecio finished the first round at the ninth place in the MVP race with an average of 17.4 points and 4.7 rebounds, but the diminutive shooting guard had taken the back seat and watched his teammates Andrei Caracut and Encho Serrano take over.

Caracut and Serrano were mostly underused during the first round with the latter not even finishing in the top 50 players of the first round and the former placing 25th.

The twosome, though, was the Green Archers’ offensive driving force in their 79-59 victory over University of the East Wednesday at Mall of Asia Arena.

“Ever since the start of the season I’ve always had my confidence with me, it was never gone,” said Caracut, who finished with 16 points and six rebounds, in Filipino. “I just didn’t know how to channel that into our offense.”

La Salle head coach Louie Gonzalez said that the pairing of Serrano and Caracut would be vital for them moving into the second round after they improved to a 5-3 record and tied Far Eastern University at the third spot of the standings.

“I kept these two in mind knowing that we need to get their confidence back up, it was a good thing they showed up today,” said Gonzalez.

Serrano, who finished with 18 points with six rebounds and two steals, said they just focused on following the game plan.

“We just did what coach did us to do because once we veer away from that, no matter who our opponent is, we as a team gets lost in the process,” said Serrano in Filipino.