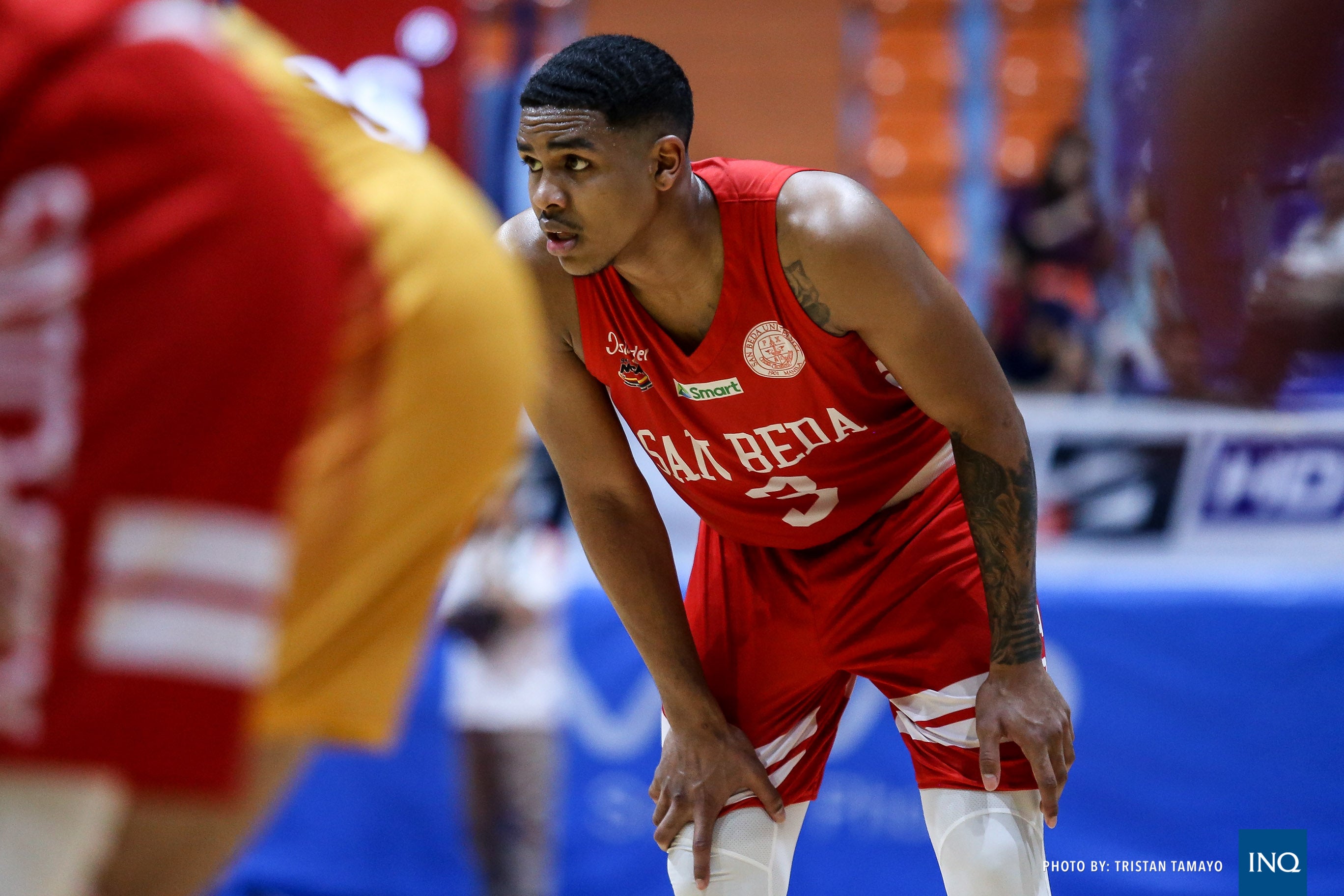 The matchup between San Beda and Lyceum on Thursday had an atmosphere befitting of a championship series even though the they were only playing in the second round of the NCAA Season 94 men’s basketball tournament.

In the midst of all that hype was one rookie who shone under the bright lights and shrugged off the championship aura to deliver for the defending champions.

James Canlas unleashed 18 points and six rebounds in the Red Lions’ 75-68 win over the Pirates that sealed their status as the top seed.

“At first I was a little bit nervous but once I got into the game, I just played good thinking that the game will come to me,” said Canlas, who reaped praises from senior point guard Robert Bolick and head coach Boyet Fernandez.

“He’s already a good player, he just needs to improve his decision-making,” said Bolick, who had 18 points and five boards. “I always challenge him because I know he’ll be better and I know that I will leave San Beda knowing that it’s in good hands.”

“James will be the future of San Beda and Robert is his teacher, they proved themselves tonight,” said Fernandez whose team improved to 16-1.

Canlas said he eagerly accepted the challenge from his mentors and in the process exceeded what was expected of him.

“I’m a rookie and as a rookie you have to prove something to everybody,” said Canlas. “You can’t be the guy who just shows up and does nothing.”