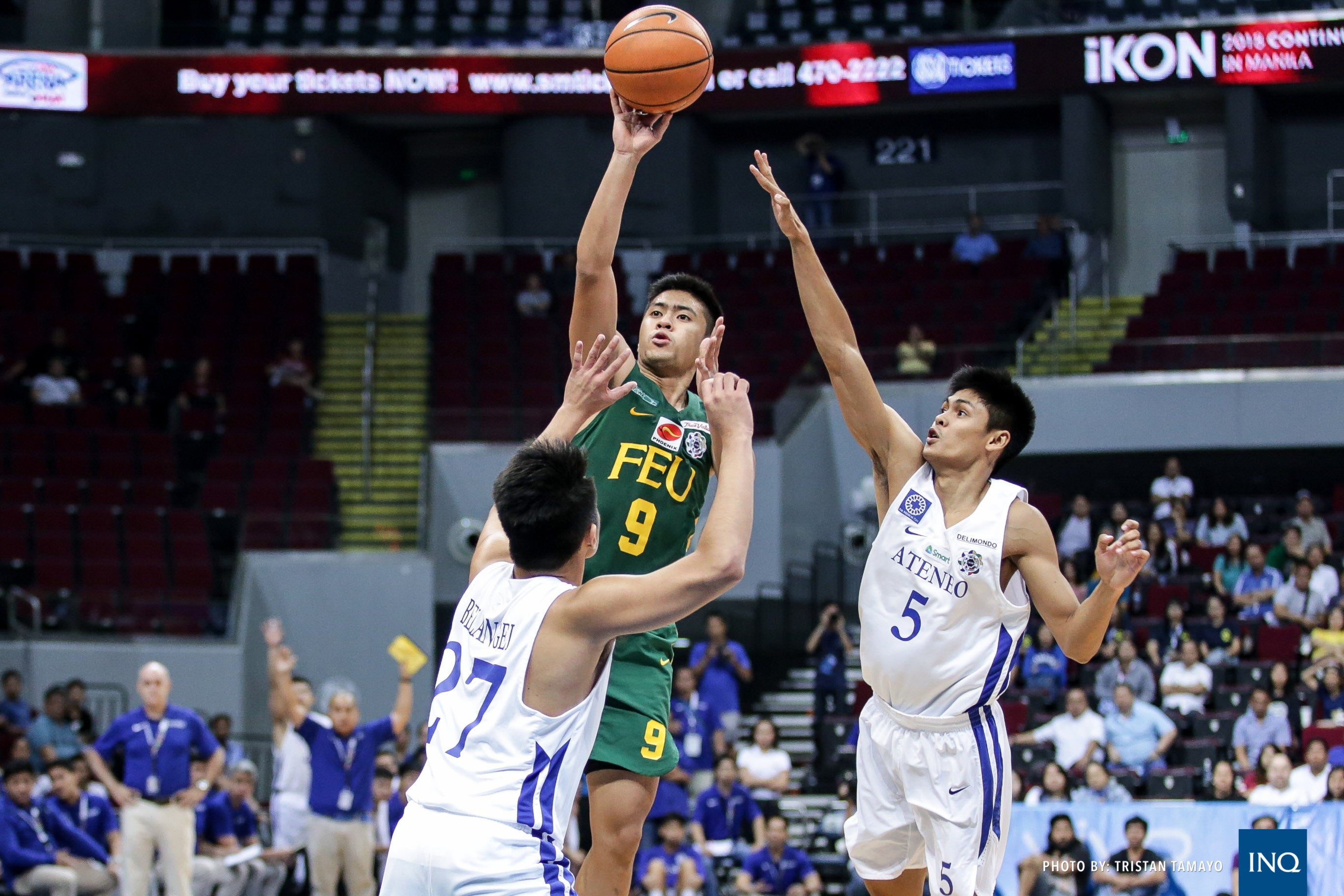 Defending champion Ateneo and powerhouse Adamson seek to gain a cushion against their closest pursuers as the Top 4 teams take the floor on Saturday in UAAP Season 81 seniors basketball at Smart Araneta Coliseum.

Carrying a 6-2 record, the Blue Eagles battle the Far Eastern U Tamaraws at 4 p.m., after the Falcons, who share top spot with Ateneo, clash with the resurgent La Salle Green Archers.

Ateneo will be without star wingman Thirdy Ravena, who will serve a suspension for an unsportsmanlike foul that was upgraded into a disqualifying foul upon review in their match against the University of the Philippines.

Ravena’s suspension bars the star wingman, an MVP contender, from winning any individual award, this season. The incident stemmed from a punch that Ravena threw at Paul Desiderio of UP last Saturday.

The Tamaraws are also playing without power forward Arvin Tolentino, whose disqualifying foul on University of Santo Tomas’ Zach Huang was his second infraction of the season. The league has slapped a two-game suspension on Tolentino, who will also miss the duel against UP on Tuesday.

The Falcons and Archers are actually meeting just one week after La Salle prevailed over Adamson, 79-78, in overtime at the close of the first round last week.

“I guess everybody is itching to get even with them which, I guess, is a good sign,” said Adamson coach Franz Pumaren, whose team started the season on a five-game winning run. “But we’re playing our third game in a week. It’s nice to hype up the game, but if we’re playing another school, it’s still a must win for us. Bottom line is we want to maintain where we are now and get the [twice-to-beat] incentive.”

The Archers, who, like the Tams own a 5-3 record, go to battle on the back of two straight victories against Adamson and University of the East.

Read Next
Superliga named finalist in ‘Oscars for sports’
EDITORS' PICK
Bong Go demands ‘fair reporting’ from ABS-CBN but will appeal to Duterte to save jobs
Mallorca City: Home of Cavite’s finest industrial hub
Wilder says costume wore him down before Fury did
Franchise of media giant to go on Guevarra tells senators
ABS-CBN apologizes to Duterte for 2016 election ad mess
Here’s How Protein and Calcium Deficiency Can Affect Your Kid’s Health
MOST READ
Jordan: ‘When Kobe Bryant died, a piece of me died’
Dominguez: ABS-CBN account on unaired ads ‘does not tally’ with Duterte campaign experience
Duterte: Set aside petty political differences to ensure Edsa legacy lives on
Lacson: For House to sit on pending bills ‘reeks of abdication’
Don't miss out on the latest news and information.