Montalbo on another La Salle loss: We need to learn 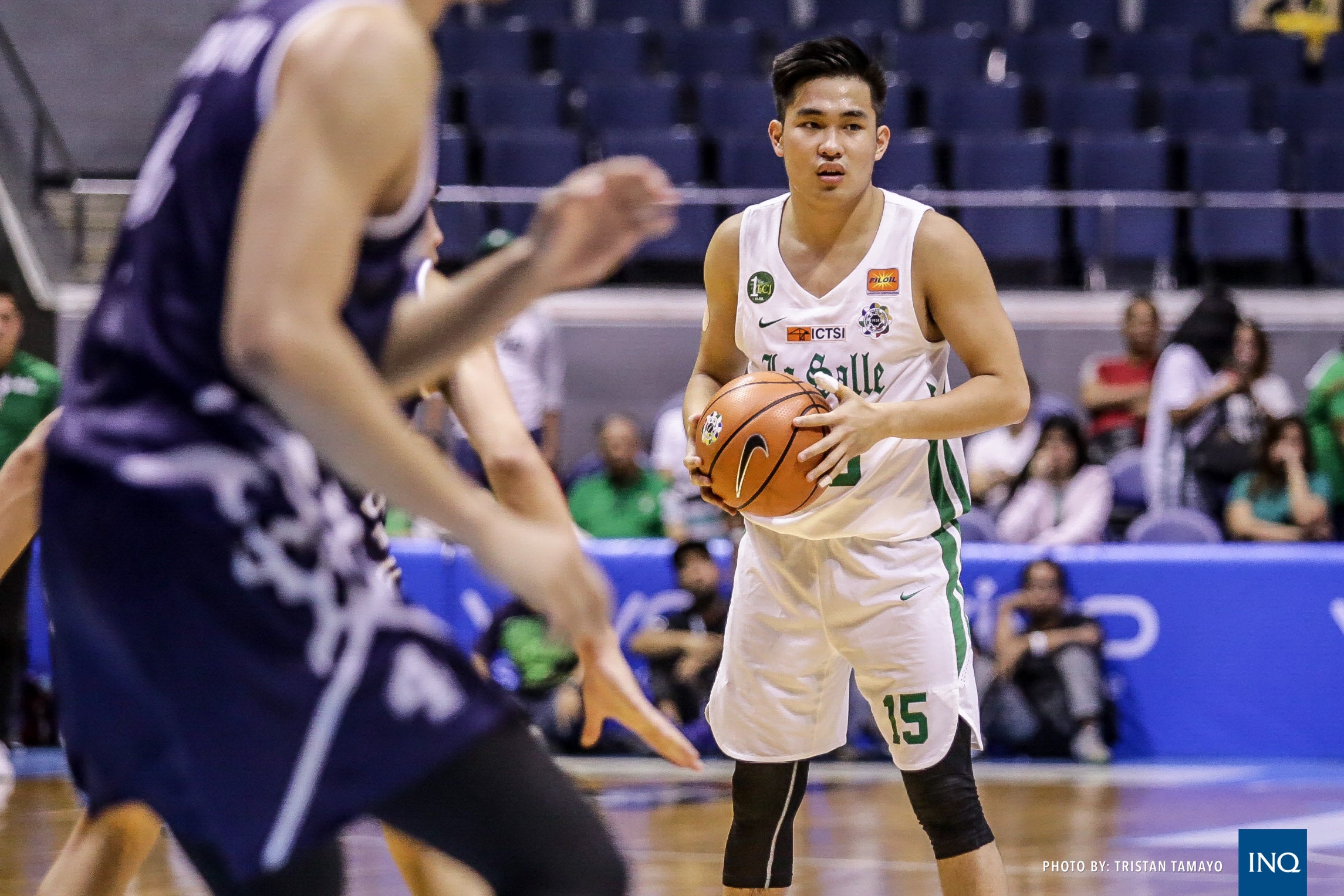 De La Salle had an opportune chance of creating chaos in the upper half of the UAAP Season 81 men’s basketball tournament, if only it completed its botched comeback attempt against Adamson University.

The Green Archers were still within distance of the Soaring Falcons with less than a minute remaining but they couldn’t hold possession in the two chances they had in the final minute of the game.

Adamson held on to win, 57-50, but La Salle captain Kib Montalbo believes the loss has given them vital lessons moving forward.

“We need to learn, we’re a young team,” said Montalbo Saturday at Smart Araneta Coliseum as his team stayed at the fourth spot with a 5-4 record while the Soaring Falcons moved up to a league-best 7-2 slate.

La Salle trailed 55-50 with 1:05 left after its press collapsed allowing Papi Sarr to score on an open layup.

The Green Archers have five rookies and one sophomore and Montalbo said they have to fight especially with the season coming down to its final few game days.

“We’re a rebuilding team but still when you’re in La Salle there’s no rebuilding,” said Montalbo who had four points and three assists. “We got to fight and we just need to improve.”