Meggie Ochoa on 'Fight to Protect'

Meggie Ochoa, the Philippines’ bemedaled jiu-jitsu athlete, on Saturday launched the Fight to Protect movement, which aims to shield children from sexual abuse through sports.

Ochoa, who added an Asian Games bronze medal to her growing collection of awards two months ago, said she founded Fight to Protect to fulfill a purpose bigger than any fight she had been in on the mat.

“Fight to Protect’ is really a movement that aims to raise awareness on child sexual violence through sports, ” Ochoa told INQUIRER.net during the program launch at Victoria Sports Tower in Quezon City. “We’re using jiu-jitsu and Muay Thai as a platform to attract people and to make them interested and since they’re already here that’s when we’re gonna make them aware. We have experts and they’re talking about the issue and how everybody can get involved.”

“After winning the world championships in 2015, I had this question in my head about purpose like why am I doing what I’m doing? Of course, I love fighting for the country, but I felt like there was still something missing,” Ochoa said. “Then, I read this article about this girl from Mexico and from the age of 12 to 16 years old, she was raped 43,200 times and I was just mind blown. I could not believe that was happening in this world. I researched and found out that here in the Philippines, the issue is also so real and it’s really, really bad.” 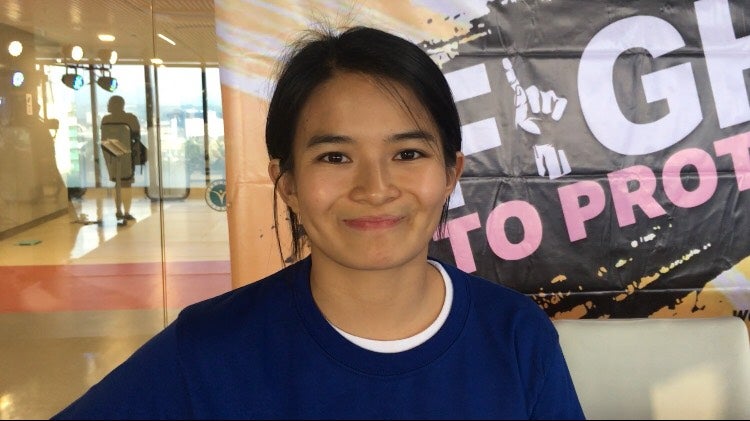 The 28-year-old Ochoa, who also teaches jiu-jitsu to kids at Safe Haven Community Center and Children’s Home, said her faith played the most significant role in her advocacy.

“I met a few people but what really changed is developing a relationship with God. I accepted Jesus as my Lord and savior and that’s when everything became clear,” she said.

“I knew that the Lord created me for jiu-jitsu and that jiu-jitsu does not stop at competitions, jiu-jitsu does not stop at winning medals. I knew that I was called for this because I felt so strongly about this and I knew that God was actually building my platform in the past. The reason why I won those past titles and why I’m winning because he allows me to do so and because he’s building my platform to do something about this issue.”

Members of the Philippine jiu-jitsu team and Safe Haven also performed jiu-jitsu and Muay Thai demonstrations during the program launch.

Fight to Protect also supports Plan International Philippines’ #NOTFORSALE campaign that aims to make the end of commercial sexual exploitation of children a national priority, Child Rights Network Philippines’ fight to #ENDCHILDRAPE that hopes to increase the age to determine statutory rape from 12 to at least 16 years old and the Philippine Children’s Ministries Network, International Justice Mission’s drive to eliminate online sexual exploitation of children in the Philippines.