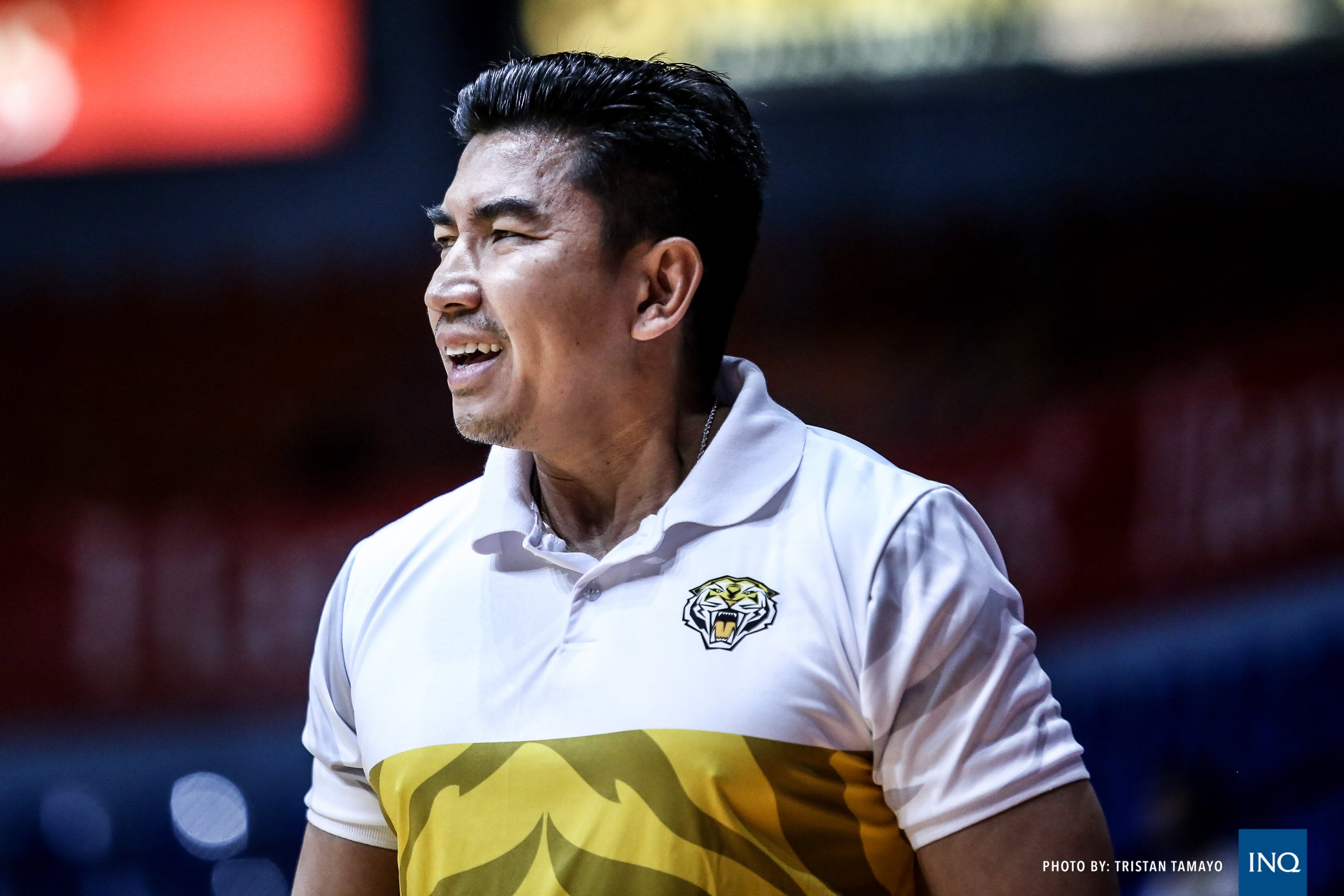 The immortal “Go USTe!” chants drowned out any possible noise inside the packed Filoil Flying V Center as University of Santo Tomas prepared to extend its three-game winning run at the expense of National University.

UST started to heat up after falling by as much as 11 points after the third quarter, but it was a comeback that ended in a bitter way as the Bulldogs held on for the 69-61 win.

The Growling Tigers’ short winning run came to an end and they settled for a humble fifth seed with a 4-5 record after a game that could’ve sent them to a three-way tie for the No. 3 spot with Far Eastern University and De La Salle.

UST head coach Aldin Ayo knew the scenario that his team is in right now but he wasn’t that too concerned if they’re either at No. 5 or No.3 at this point.

“I just want to compete, we really don’t mind what spot we’re in,” said Ayo in Filipino Sunday at Filoil Flying V Centre. “We’re really not that concerned of our standing.”

As for competing, the Growling Tigers did put no a spirited fight in the fourth quarter going on a 16-6 run to close the distance, 59-58, after Zach Huang’s bucket with 4:28 remaining in the game.

That sprint, however, was the Growling Tigers’ last stand as the Bulldogs ultimately regrouped.

Ayo said the cracks in his team’s defense that manifested earlier in the game showed up once more in the final minutes of the fourth quarter allowing the Bulldogs, especially Dave Ildefonso, to score crucial baskets down the stretch.

Ildefonso was responsible for five of the Bulldogs’ points during a 6-0 run that put the game to bed.

“The players have to get out of their comfort zones while playing defense,” said Ayo. “It’s not just playing defense, they should be sound in offense especially in their decision-making. They should know who’s going to take the shot because in UST we don’t have bad shots; we have good, better, and best shots.

“We’re going to work that out, wait for them, work that together, and to be patient with the players and hopefully they respond.”