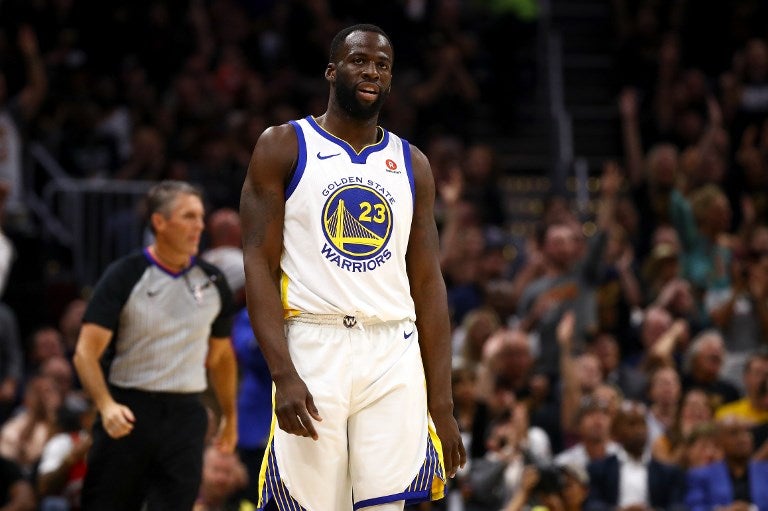 Draymond Green #23 of the Golden State Warriors reacts against the Cleveland Cavaliers during Game Four of the 2018 NBA Finals at Quicken Loans Arena on June 8, 2018 in Cleveland, Ohio. Gregory Shamus/Getty Images/AFP

Golden State Warriors star Draymond Green believes players suspended for brawling during Houston’s win over the Los Angeles Lakers have got off lightly, accusing the NBA of a disciplinary “double standard.”

Lakers players Brandon Ingram and Rajon Rondo were banned for four and three games respectively while Rockets ace Chris Paul was hit with a two-game suspension following their fourth quarter punch-up on Saturday.

Green however believes the trio should have been banned for longer given the explosive nature of the confrontation.

Both Ingram and Rondo were seen throwing punches while Rondo was also found to have spat at Paul. Paul meanwhile was sanctioned for throwing “multiple punches” and poking Rondo in the face.

In comments reported by the Bay Area News Group on Monday, Green slammed the punishments as “garbage”, contrasting them with his one-game ban during the 2016 NBA Finals.

“That was garbage,” Green said of the Lakers-Rockets suspensions. “I’m never in favor of guys losing money. But I got suspended in the NBA Finals for attempting to punch somebody.

“Guys punching each other are getting two games or three games. I attempted to punch somebody, and not in the face, either.

“It seems like a little bit of a double standard going around this thing. That’s just me, though. I could be wrong. I don’t got all the answers.”

Green was given a one-game suspension in game five of the 2016 NBA Finals after receiving a flagrant foul for attempting to punch LeBron James in the groin.