Cavs’ Love to miss against Pistons with sore left foot 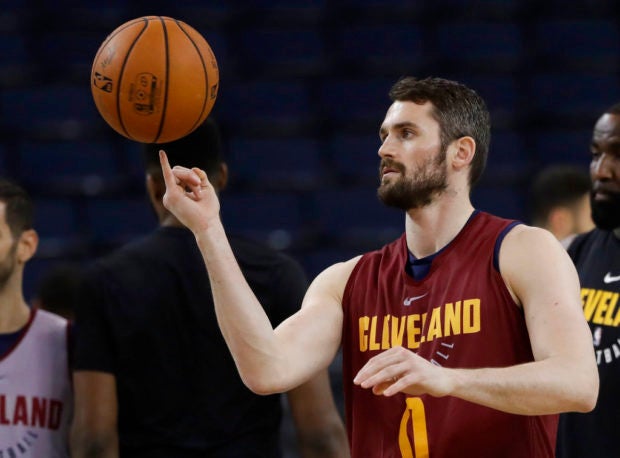 DETROIT — Cavaliers All-Star Kevin Love will miss Thursday night’s game against the Pistons with a sore left foot, another blow to a winless Cleveland team.

Love missed three preseason games with an unspecified injury in the same foot. He was favoring his foot following Wednesday’s home loss to Brooklyn, and after traveling with the team to Detroit, the Cavs ruled him out several hours before tip-off.

It’s not yet known if he will be able to play Saturday night against the Indiana Pacers.

“I know he’s going to be out today,” coach Tyronn Lue said before the game. “He tried to play though it last few games, and it was hurting pretty bad.”

Love scored 14 points against the Nets, who pulled away in the second half and dropped the Cavs to 0-4 in their first season since 2013-14 without LeBron James.

Love is one of only three players left from Cleveland’s 2016 NBA title team. He’s averaging 19.0 points and 13.5 rebounds, but is shooting just 32.3 percent from the field. He signed a $120 million contract extension this summer.  /kga