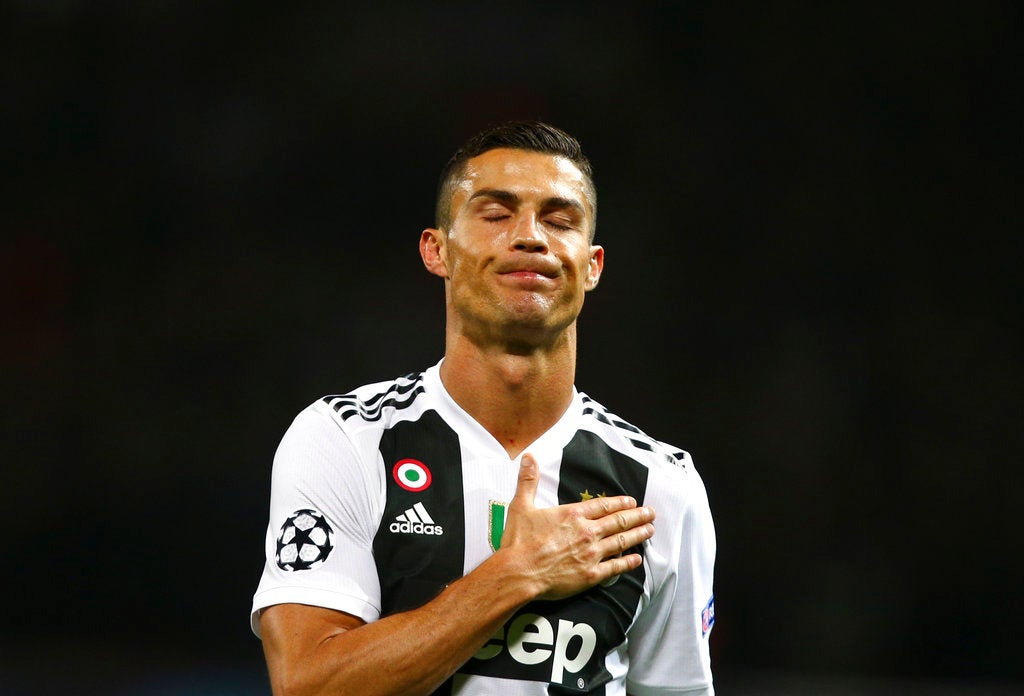 ROME — Juventus president Andrea Agnelli is standing by Cristiano Ronaldo as the soccer superstar faces an accusation of rape in the United States.

Agnelli, the son of former Fiat CEO Umberto Agnelli and a member of the Italian car maker’s board, spoke Thursday at a club shareholders meeting in Turin.

“When there are problems I tend to look people in the eyes, ask them the questions directly and them judge them myself,” Agnelli said. “I’m very calm, having spoken to him directly as soon as the case emerged, on his position. And his behavior in the days and weeks that followed only confirm my initial feeling.”

Kathryn Mayorga filed a civil lawsuit last month in Nevada claiming Ronaldo raped her in his Las Vegas hotel room in 2009. Police also reopened an investigation into the allegation at her request.

Ronaldo defended himself against the accusation at a news conference ahead of a Champions League match this week. His attorney, Peter S. Christiansen, issued a statement on Oct. 10 denying wrongdoing by his client.

Some of Ronaldo’s corporate sponsors, including Nike and video game maker EA Sports, have expressed concern about the rape allegation.

“It’s a personal case and the choices are up to him but I reminded him my door and Juve’s door are always open to him and we’re here to help and support him in any way,” said Agnelli, who is also president of the European Club Association.

In July, Ronaldo left Real Madrid after nine years for Juventus, a move that cost the Italian club 112 million euros (then $132 million).

“He allows us to reach a wider audience and allows us to consolidate our position within the sports and entertainment industry,” Juventus chief revenue officer Giorgio Ricci said.

On the field, Ronaldo continues to help Juventus win games. The Portuguese player has scored five goals in 11 matches this season, and two in four matches since being accused of rape.

ADVERTISEMENT
Read Next
Back by the beach, Dodgers look to get hot in World Series
EDITORS' PICK
Bong Go demands ‘fair reporting’ from ABS-CBN but will appeal to Duterte to save jobs
Mallorca City: Home of Cavite’s finest industrial hub
Wilder says costume wore him down before Fury did
Franchise of media giant to go on Guevarra tells senators
ABS-CBN apologizes to Duterte for 2016 election ad mess
Here’s How Protein and Calcium Deficiency Can Affect Your Kid’s Health
MOST READ
Duterte: Set aside petty political differences to ensure Edsa legacy lives on
Jordan: ‘When Kobe Bryant died, a piece of me died’
Los Angeles honors Kobe, Gianna Bryant with public memorial
Kirk Douglas leaves most of $61 million fortune for charity, nothing for son Michael — report
Don't miss out on the latest news and information.