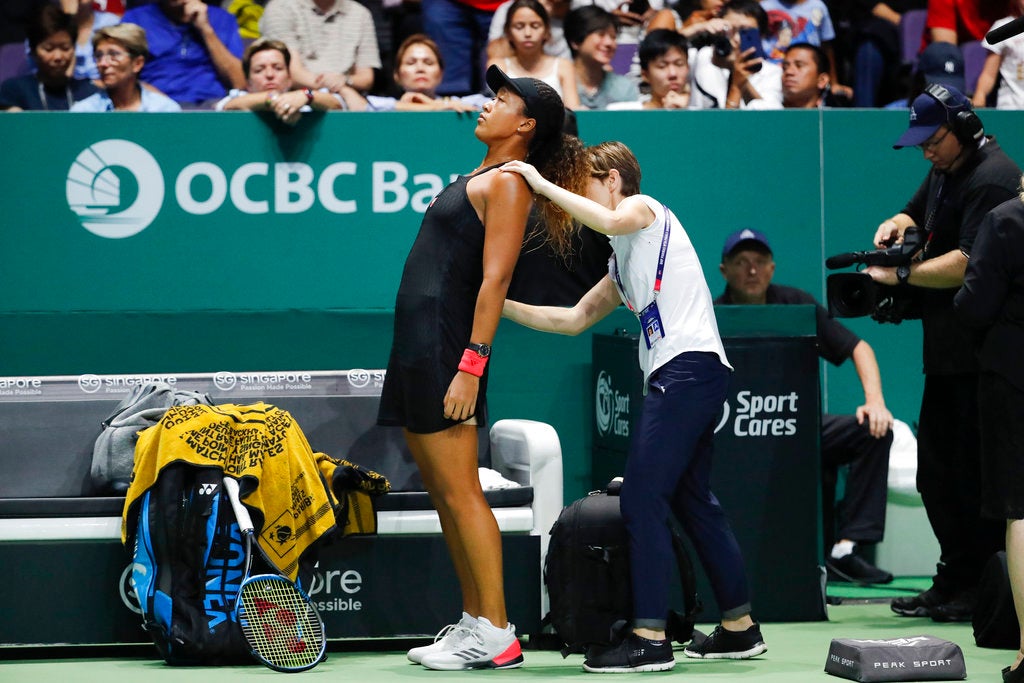 Naomi Osaka of Japan, left, receive medical times while competing against Kiki Bertens of the Netherlands during their women’s singles match at the WTA tennis finals in Singapore, Friday, Oct. 26, 2018. (AP Photo/Vincent Thian)

SINGAPORE — U.S. Open champion Naomi Osaka finished her debut appearance at the WTA Finals on Friday with an injury and an 0-3 record.

Osaka was trailing Kiki Bertens 6-3 when she retired from the match with an upper left leg injury.

Bertens was awarded a straight-set victory and has advanced to the semifinals.

Osaka, the only woman from Japan to win a Grand Slam title, went off court to receive treatment on the injury after the eighth game while trailing 5-3. She lost her serve at love in the ninth game and then decided to stop.

Bertens qualified for the season-ending WTA Finals when No. 1 Simona Halep withdrew from the tournament with a lower back injury.

In the late match, Sloane Stephens and Angelique Kerber will play for the final semifinal spot. The winner will advance.

Elina Svitolina and Karolina Pliskova reached the semifinals from the other group on Thursday.