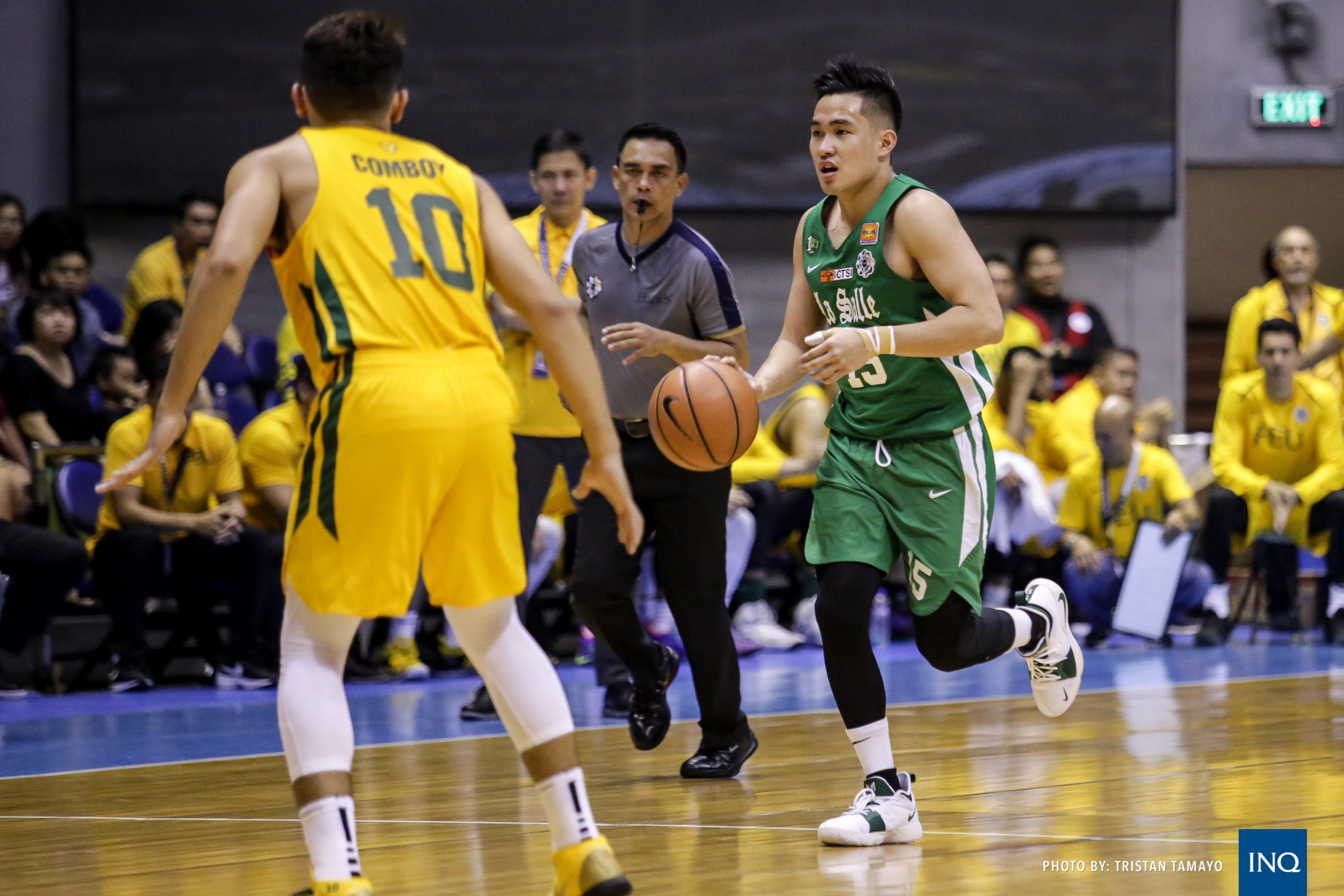 The graduating guard, who’s having an up-and-down season due to a thumb injury, is averaging just 4.3 points per game.

On Saturday, Montalbo had seven points, three rebounds, four assists and three steals but did more than what his numbers show.

“My leadership is there to contribute things that are not in the stat sheet,” Montalbo said.

“That’s what’s needed. Not only coaches, but a leader inside the court as well,” said the skipper. “I’m glad and thankful to coach Louie (Gonzalez) because he trusts me to be a leader of this team.”

Despite playing through pain, he was able to bring the Archers together to a victory against the Tamaraws in the UAAP Season 81 men’s basketball tournament Saturday at the Smart Araneta Coliseum by keeping his team together.

“Actually, it’s fractured. It’s painful. I jammed it three times,” said Montalbo, who injured his thumb in late September but returned earlier than expected, in Filipino.

Due to his injury, Montalbo also said he had to make adjustments with his shooting form.

“Just this week, I was looking at my stats and I shot just 1-of-17. I’m really having a hard time shooting because it hits my thumb so it’s hard,” he said.

“But I just answered the coaches’ call that this team needs a leader. When I took a bath before the game, I said to myself we can do this. It’s a big game. We know what’s at stake,” Montalbo added in Filipino.