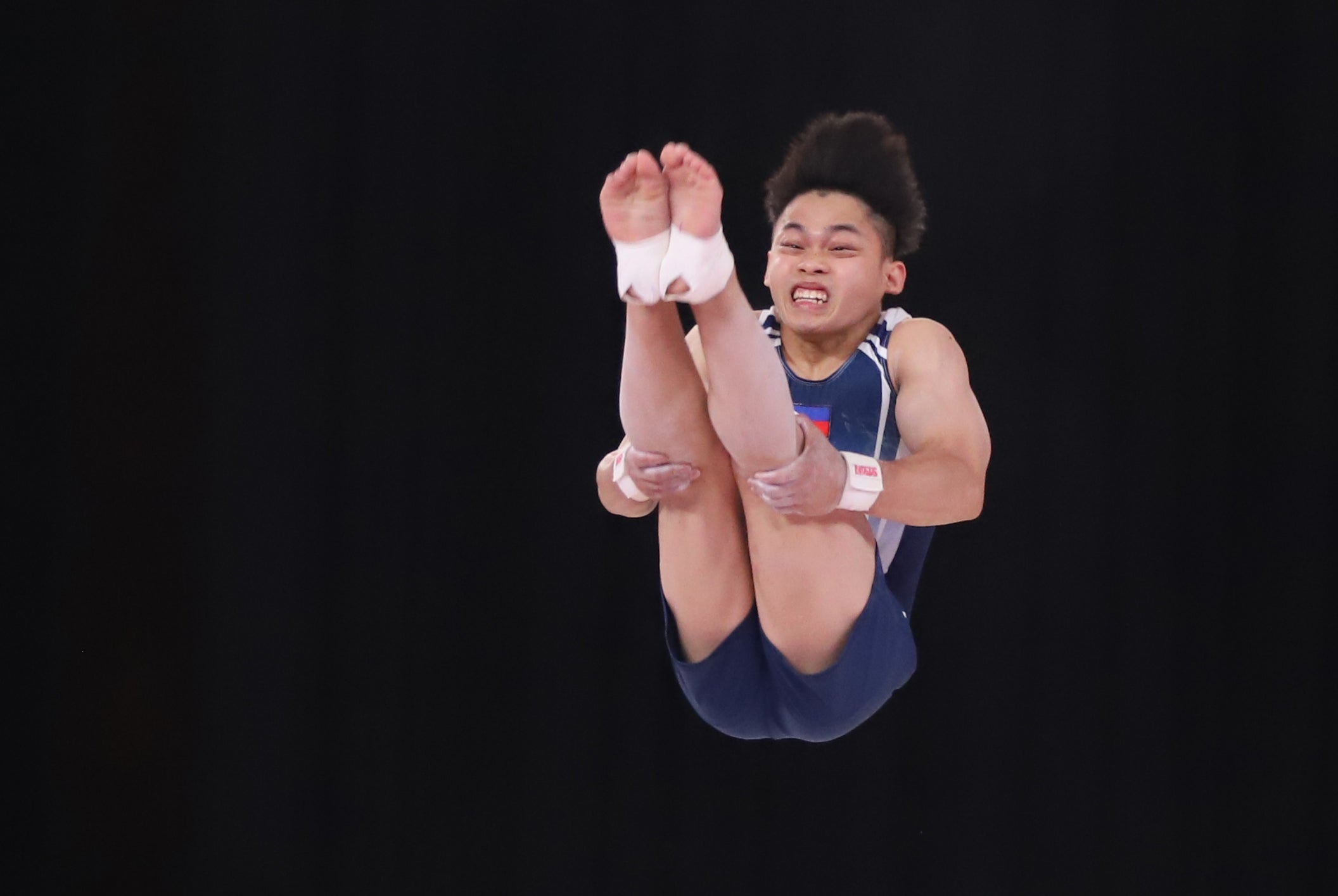 The 18-year-old Yulo, the country’s main bet for gymnastics medals in the Tokyo Olympics, finished 12th among 292 competitors in the all-around category where only the top 24 competitors made the finals.

Yulo scored 81.230 to become the first Filipino  to make the all-event finals in a world championships, according to national gymnastics secretary general Bettina Pou.

The Filipino also made it to the final of the floor exercise, placing fourth after the preliminaries and garnering 14.766 points. By comparison, the top qualifier, Russian Artur Dalaloyan tallied 14.833.

“We have never in our gymnastic history ever qualified to the individual all-around final of any gymnastics world championships, ever,” said Pou in a Viber post.

She said Yulo managed to  be proficient in all six apparatus in such short a time considering “just two years ago he was a two-event gymnast, competing in floor and vault.”

The all-around finals will be on Oct. 31, while floor exercise final will on Nov. 3.

Fifty tickets to the Tokyo Games are at stake in the Doha Championships based on the final rankings.

Gymnastics chief Cynthia Carrion said Yulo has been training very hard the past months and even competed in the Asian Games in Jakarta recently.

Carrion added that Yulo is hoping to become the first Filipino gymnast to see action in the Olympics since 1968, when Ernesto Beren and Norman Henson competed in the Mexico Games.