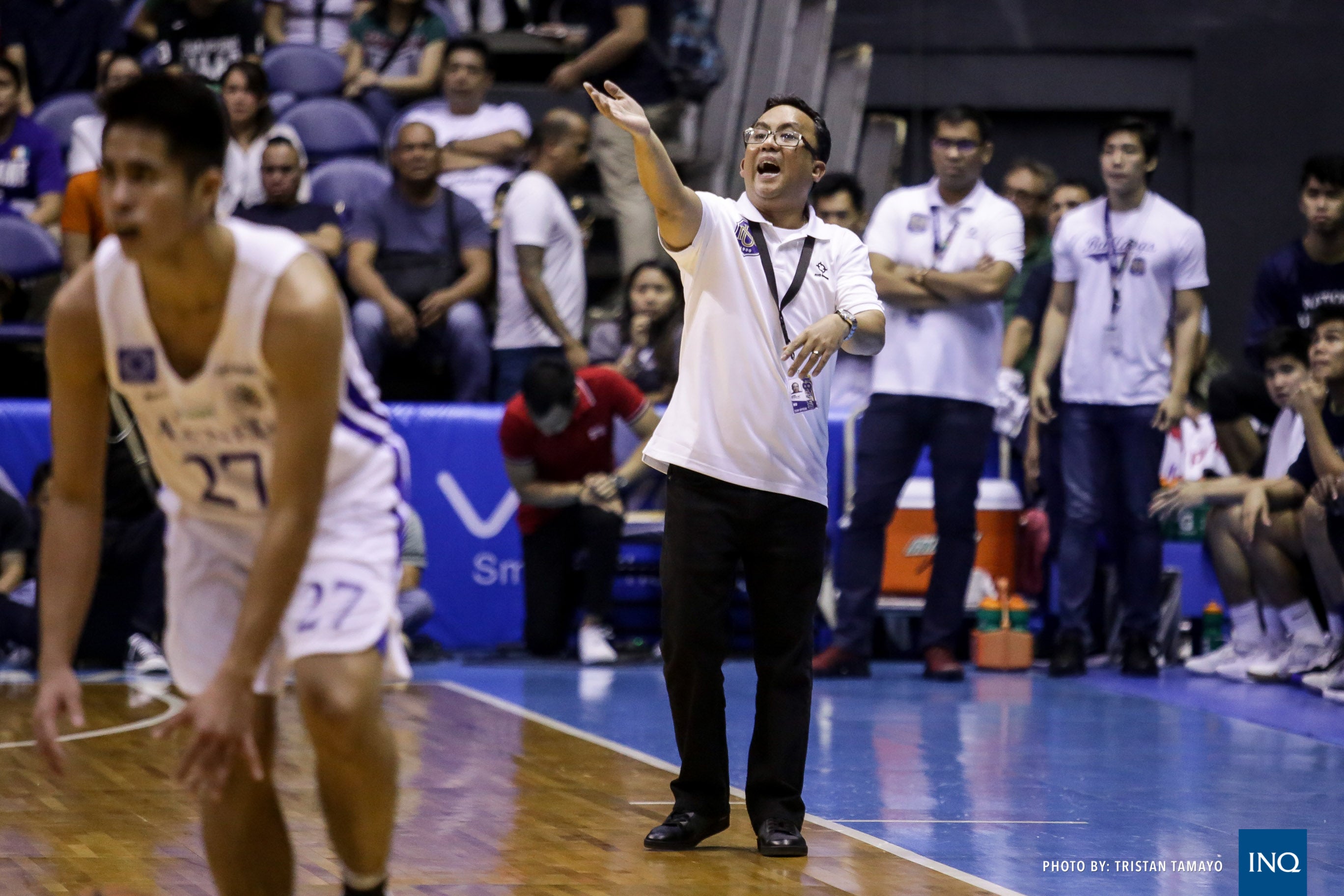 National University’s chance to gatecrash the Final Four party is slipping away as the Bulldogs languish in seventh place with 3-7 card.

NU head coach Jamike Jarin though, isn’t ready to wave the white flag just yet with NU still has only four games left in the eliminations to pick up the pieces.

Blue chip rookies Dave Ildefonso and John Lloyd Clemente are just among the reasons why Jarin stays with a positive outlook amid his team’s struggles this season.

“They’re still rookies and you can see the big upside with these two,” said Jarin of Ildefonso and Clemente.

“For JLC (Clemente) and Dave, you can see the future not only for NU but also for Philippine basketball.”

Clemente, a one-time champion and two-time Mythical Team member in the juniors level, waxed hot from deep on 5-of-8 shooting and put up 25 points that came with eight boards.

Super rookie Dave Ildefonso, who has been consistent all season long averaging 15 points per game, and Clemente were impressive anew although their performance were still not enough for NU to get past Ateneo, 64-79, Saturday at Smart Araneta Coliseum.

Their efforts, though, certainly did not go unnoticed.

Jarin said such takeaways will help his team in the coming seasons, especially that these young talents still have four playing years to further improve their game.

“That’s the scary part for the opponents of the UAAP,” he said.

“We just have to focus on what we did right and what we did wrong against Ateneo. We still have four games. I’m just gonna look at our game against UP and not the remaining games.”