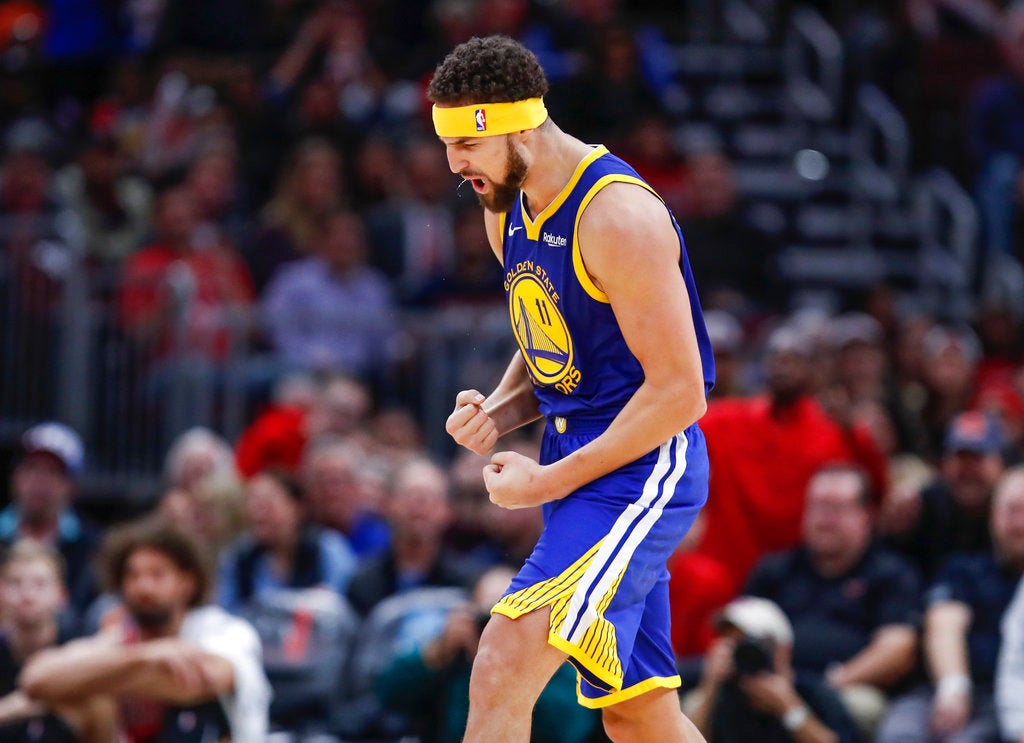 Golden State Warriors guard Klay Thompson celebrates after scoring a three pointer against the Chicago Bulls during the second half of an NBA basketball game, Monday, Oct. 29, 2018, in Chicago. (AP Photo/Kamil Krzaczynski)

CHICAGO — Klay Thompson has broken teammate Stephen Curry’s NBA record for 3-pointers in a game with his 14th during a brilliant offensive performance by the Golden State Warriors.

Thompson set the mark with just under five minutes remaining in the third quarter Monday night against the Chicago Bulls. He was mobbed by teammates as the players headed to the sideline for a timeout, with the Warriors leading 113-69.

Thompson was just 5 for 36 from long range through Golden State’s first seven games.