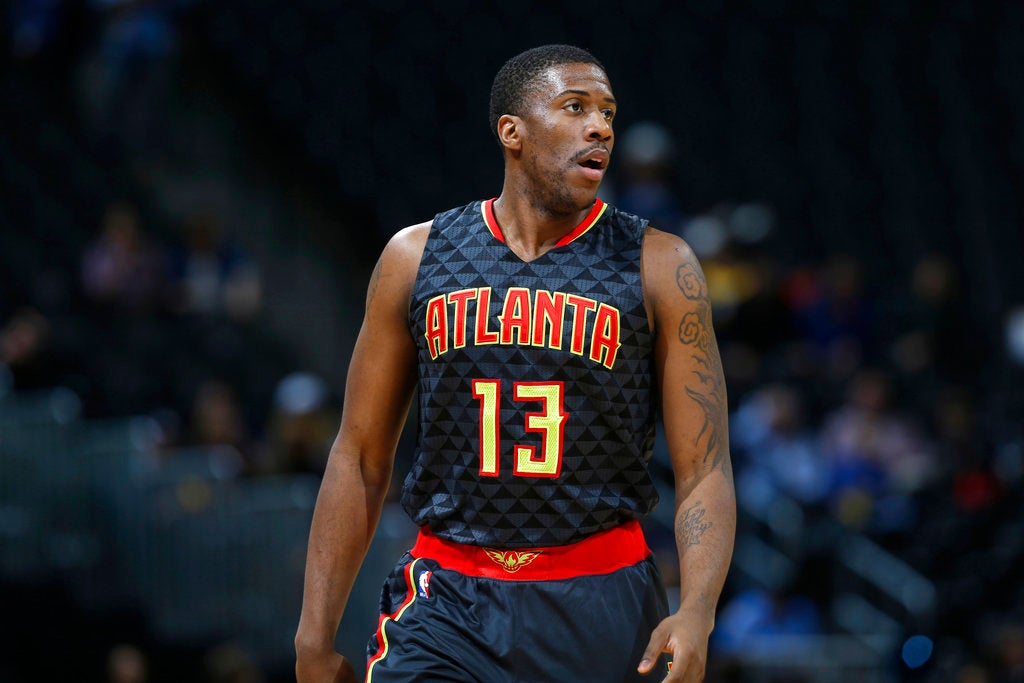 BRISBANE, Australia — No matter what Lamar Patterson does for the Brisbane Bullets on the basketball court, he can expect to be dogged by questions about Kobe.

The ex-Atlanta Hawks player flew into Brisbane with his French bulldog placed inside his hand luggage and ran afoul of Australia’s quarantine laws.

The Bullets recruit was briefly detained after landing in Brisbane on Thursday with his dog, Kobe.

The 27-year-old Patterson, who has had seasons in Turkey, Italy and China, has since been released from airport custody. But Kobe was kept in quarantine and was sent home Friday, Australia’s agriculture department said.

U.S. basketballer Lamar Patterson has been detained after he attempted to bring his dog into Australia in his hand luggage! 😳 #sun7 pic.twitter.com/948I5uMPUA

Officials said the cabin crew on Patterson’s Qantas flight from Los Angeles failed to notice that the dog was on board without an import permit.

The Bullets, who play in the National Basketball League, say it was an innocent mistake, not a deliberate attempt to flout Australia’s strict quarantine laws.

Patterson said the only reason a well-behaved Kobe was discovered was because he barked at customs search dogs at Brisbane airport. And Patterson was surprised by all the fuss.

“If this is big news then Australia is an amazing place to live at,” Patterson told a news conference on Friday. “It was on my ticket that I was travelling with a pet, even my return ticket. It was a miscommunication with the airlines.”

Patterson, who averaged 45 points, 10 rebounds and 5 assists in the latest Chinese CBA season, is just the latest visitor in a tangle over a traveling pet.

Tennis great Martina Navratilova has been a critic of Australian laws that don’t allow pets in aircraft cabins.

Australia’s ex-Deputy Prime Minister Barnaby Joyce was perhaps best known abroad for the tough stance he took on Johnny Depp’s pet dogs Pistol and Boo. Joyce threatened to have the Yorkshire terriers euthanized after saying they were smuggled into Australia in 2014 where Depp was filming the fifth installment of the “Pirates of the Caribbean” movie series.

Depp’s then-wife Amber Heard pleaded guilty to falsifying an immigration document to conceal the dogs in a private jet. She avoided jail under a deal that included Heard and Depp appearing in an awkward video warning against others breaking Australia’s strict quarantine laws.

Patterson, meanwhile, could make his first start for Brisbane on Sunday against Adelaide.