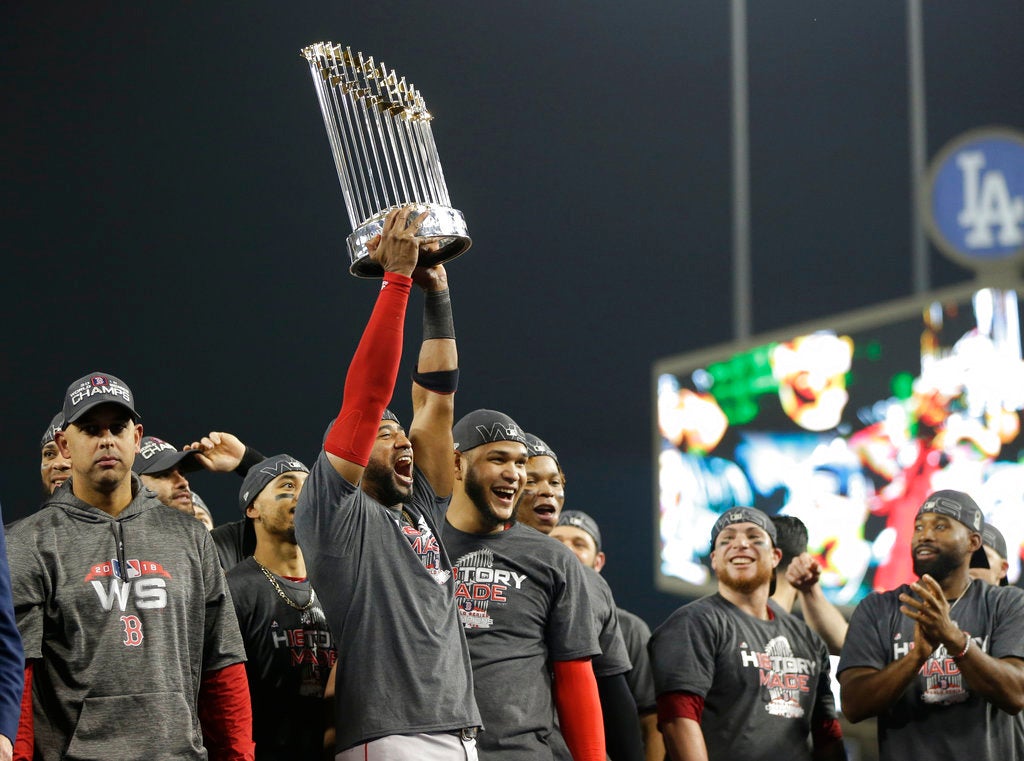 The Boston Red Sox celebrate after Game 5 of baseball’s World Series against the Los Angeles Dodgers on Sunday, Oct. 28, 2018, in Los Angeles. The Red Sox won 5-1 to win the series 4 game to 1. (AP Photo/Jae C. Hong)

BOSTON — The Boston Red Sox say they haven’t decided whether they will visit the White House if invited by President Donald Trump.

Manager Alex Cora said Thursday he wants to use the platform he has as a World Series champion in the right way. A native Puerto Rican, Cora has been outspoken about the need for help on the island since it was devastated by Hurricane Maria.

The traditional White House visit has become increasingly partisan, with some players declining to make the trip because of their political views.