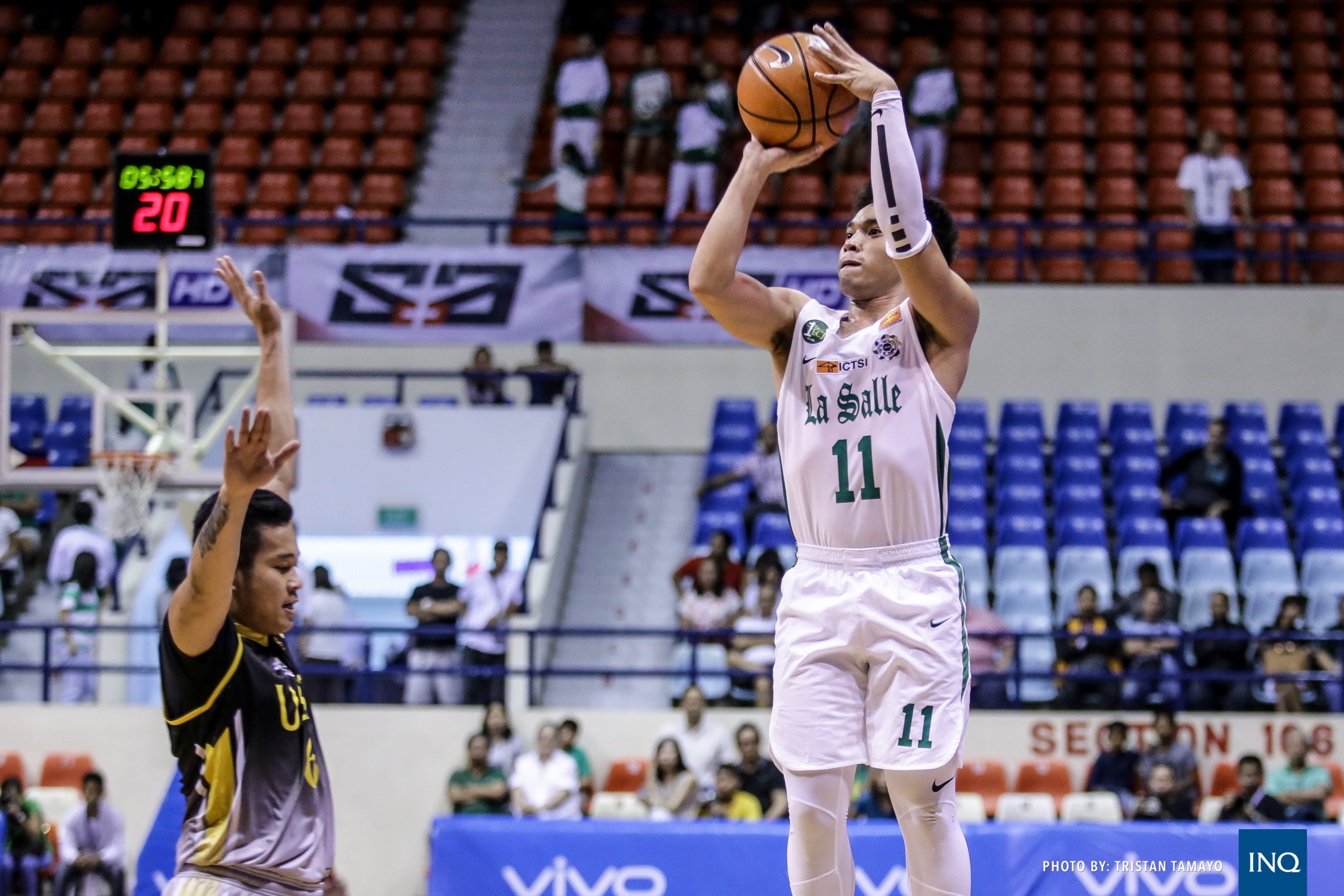 The Green Archers took their fourth win in five games and improved to a 7-4 record while the Growling Tigers dropped to a 5-6 record but can still finish the game day as the fourth seeds if University of the Philippines (5-6) loses to National University.

Utilizing a pressure defense from the opening tip, last season’s runners-up blitzed to an early 27-8 lead after Brandon Bates’ bucket with 2:50 left in the first quarter.

La Salle maintained that big lead over the Growling Tigers well into the halftime break thanks in large part to Aljun Melecio’s 16-point outburst in the first half.

“I think it was just the consistency because the entire game the only coaching I did was to rotate the players but they met the challenge of being consistent,” said La Salle head coach Louie Gonzalez in Filipino.

“There are thing we are doing well but we don’t stop there, we keep on improving.”

The Green Archers would then show no sign of remorse come the third quarter outscoring UST 34-9 to take an 84-40 lead and effectively burying any hope the Growling Tigers may have had at that point.

Mark Dyke had a breakout game with 16 points and six rebounds for La Salle with Andrei Caracut and Jolo Go putting up 15 and 14 points, respectively, while Justine Baltazar and Encho Serrano had 13 points apiece.