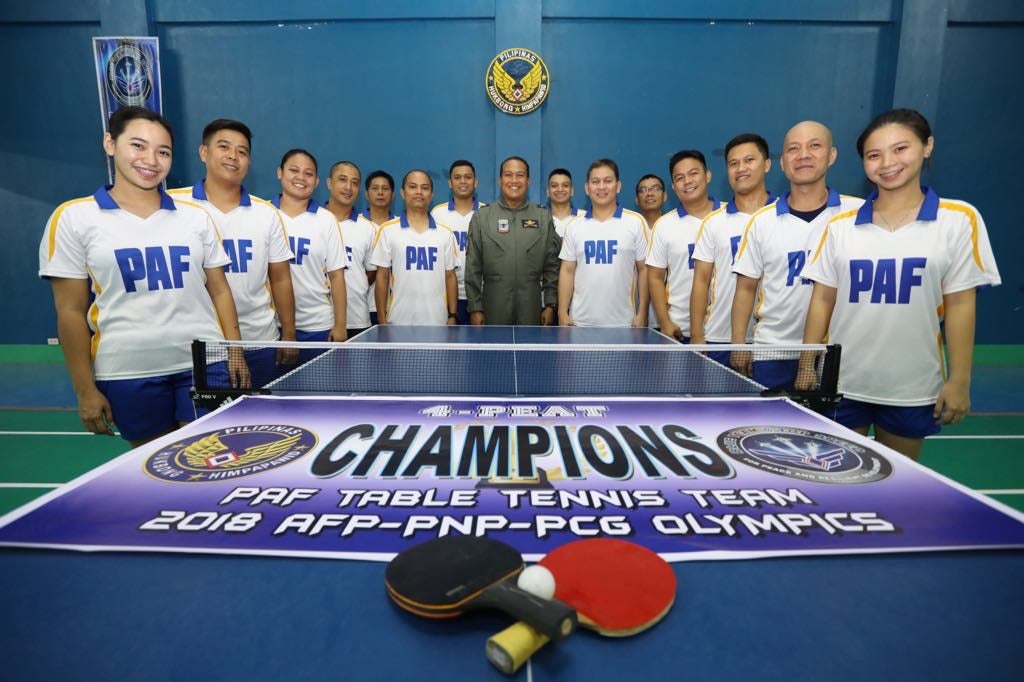 The Philippine Air Force table tennis team made history as it extended its reign to four straight years in the recent AFP-PNP-PCG Olympics.

PAF’s campaign actually started on the wrong foot as it bowed to Philippine Army and the PNP in the first round of the competitions.

“I told them not to mind the defeat and focus on the next games,” said Estrella, a Philippine Military Academy graduate. The Airmen soared with nine golds.

The AFP-PNP-PCG Olympics is an annual event where athletes from the Major Services of the Armed Forces of the Philippines (AFP), the Philippine National Police, and the Philippine Coast Guard compete with each other in a number of sports events thereby fostering fitness, discipline, teamwork and camaraderie. The events include relay, tug-of-war, boxing, marathon, triathlon, shooting, basketball, volleyball, badminton, table tennis, football, swimming, arnis, karatedo, taekwondo and chess.