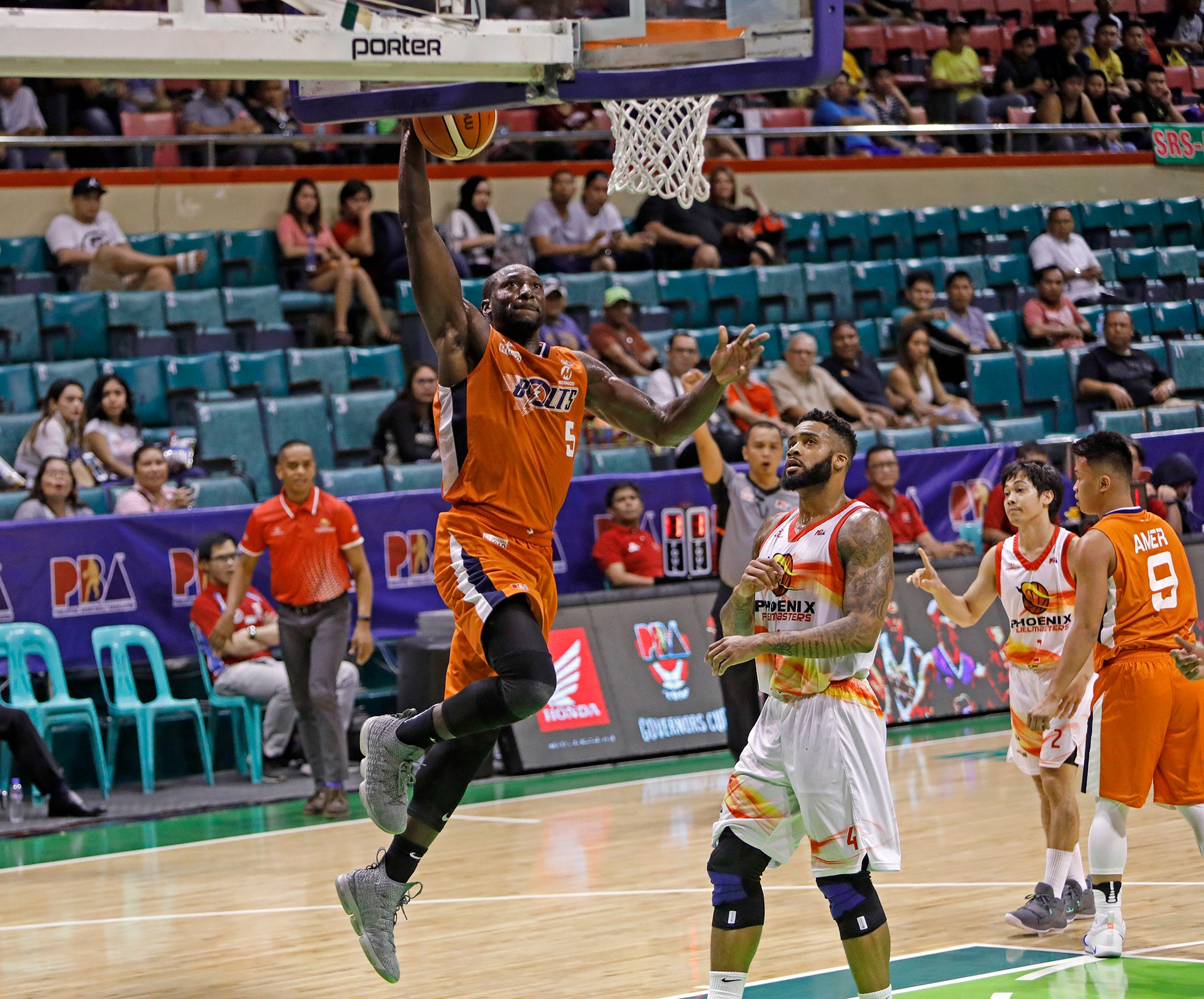 From winning just one game in their first seven outings, the Meralco Bolts are now within one win of making the PBA Governors’ Cup semifinals, skating on the wheels of a five-game winning streak.

The Bolts lived another day, coming out strong in the second half to turn back Phoenix Petroleum, 90-74, Wednesday night at Cuneta Astrodome.

But coach Norman Black put the win in perspective, reminding everyone that all they did was force the Fuel Masters to cash in on their twice-to-beat advantage.

“It’s just one game,” said Black. “We need to win two. That’s why [Phoenix] worked hard to get that twice-to-beat advantage; we need to win one more to advance to the semifinals.”

The two teams will play sudden death on Friday.

The Bolts, finalists in the last two editions of this tournament—losing in both instances to Barangay Ginebra—looked like it had finally run out of gas in the season-ending conference.

After a win to open its campaign, Meralco lost six straight, needing every bit of that five-game winning run to get to within sniffing distance of a semifinal berth. Making that run even more remarkable is that all those five wins were do-or-die games for the Bolts.

Buried to a 1-6 record following a six-game slide, Meralco has now won five straight and is on the verge of making another semis trip in the Governors’ Cup.

Phoenix was actually ahead after a defensive struggle in the first half but the Bolts came out firing in the third period, scoring 33 points to turn the game in their favor.

And it looked like Meralco would sputter in this one, falling prey to Phoenix’s defense and struggling to get any rhythm in the first half.

“Their defense on (Allen) Durham in the first half was really good,” admitted Black. “But we stepped up in the second half and our shots started falling.”

That may be an understatement.

The Bolts doubled their first-half output in the third quarter alone, seizing a 66-55 lead that seemed to have left the Fuel Masters stumped.

That, and with Meralco’s defense regaining its bite, allowed the Bolts to grab control the rest of the way.

“I’ll say it over and over again,” Black said. “Tonight it was about our defense. In the first half, we struggled because Phoenix is a very good defensive team. We just made a few adjustments and tried to take away their help defense and it worked for us.”

So good was Meralco’s defense that according to PBA statistics chief Fidel Mangonon III, Phoenix matched its lowest output in a game under coach Louie Alas, tying the 72 points it scored in a loss to TNT in the 2018 Philippine Cup.

Durham engineered a big third quarter run that gave the Bolts a 60-45 edge.

Eugene Phelps led Phoenix with 27 points 17 rebounds, while Calvin Abueva chipped in 18 and 12 boards before fouling out with late in the game.

The winner of this quarterfinal showdown will face the winner of the Alaska-San Miguel Beer duel that was being played at press time. —INQUIRER SPORTS