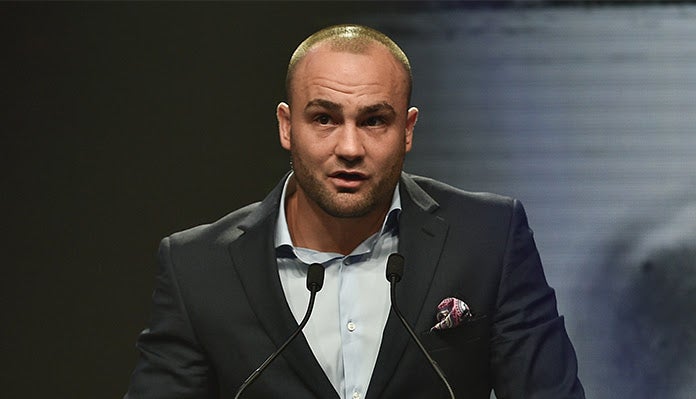 Eddie Alvarez. Photo from ONE Championship

Eddie Alvarez is the only fighter to win a UFC and Bellator title and as if having that exclusive distinction isn’t enough, the former lightweight world champion wants another hardware to add to his trophy room.

“There’s not a lot of things that I haven’t experienced in martial arts. I’ve been doing this since I was 19 years old,” Alvarez said.

“With that said, I flew everywhere and fought some of the best guys in the world and number one, I’ve never won the ONE FC championship belt and I’ve won every belt from every major organization well, except for this belt so that’s the only thing in my mind as of right now.”

Alvarez earned the Bellator lightweight title in 2009 then, stopped Rafael Dos Anjos in the first round to claim the UFC lightweight belt in 2016.

The 34-year-old Alvarez hasn’t had much success since his electrifying performance against dos Anjos with two losses, a no contest and only a victory in his last four fights in the UFC.

But he could be due for a resurgence as he transfers to ONE Championship where he will be tested by the likes of Eduard Folayang and Shinya Aoki, who he has fought twice before in the WAMMA and Bellator.

“I’m looking forward to competing against the best in the world. I’ve travelled the whole world and truly find the best guys in the world to go up against and there’s champions everywhere and I know that there are many here,” he said.

Alvarez, who is listed by ESPN.com as the fourth-best lightweight in the world behind Khabib Nurmagomedov, Tony Ferguson and Conor McGregor, is expected to make his ONE Championship debut next year as part of the lightweight Grand Prix tournament.

A new ONE lightweight champion will be crowned on November 23 with Folayang and Amir Khan in Manila.