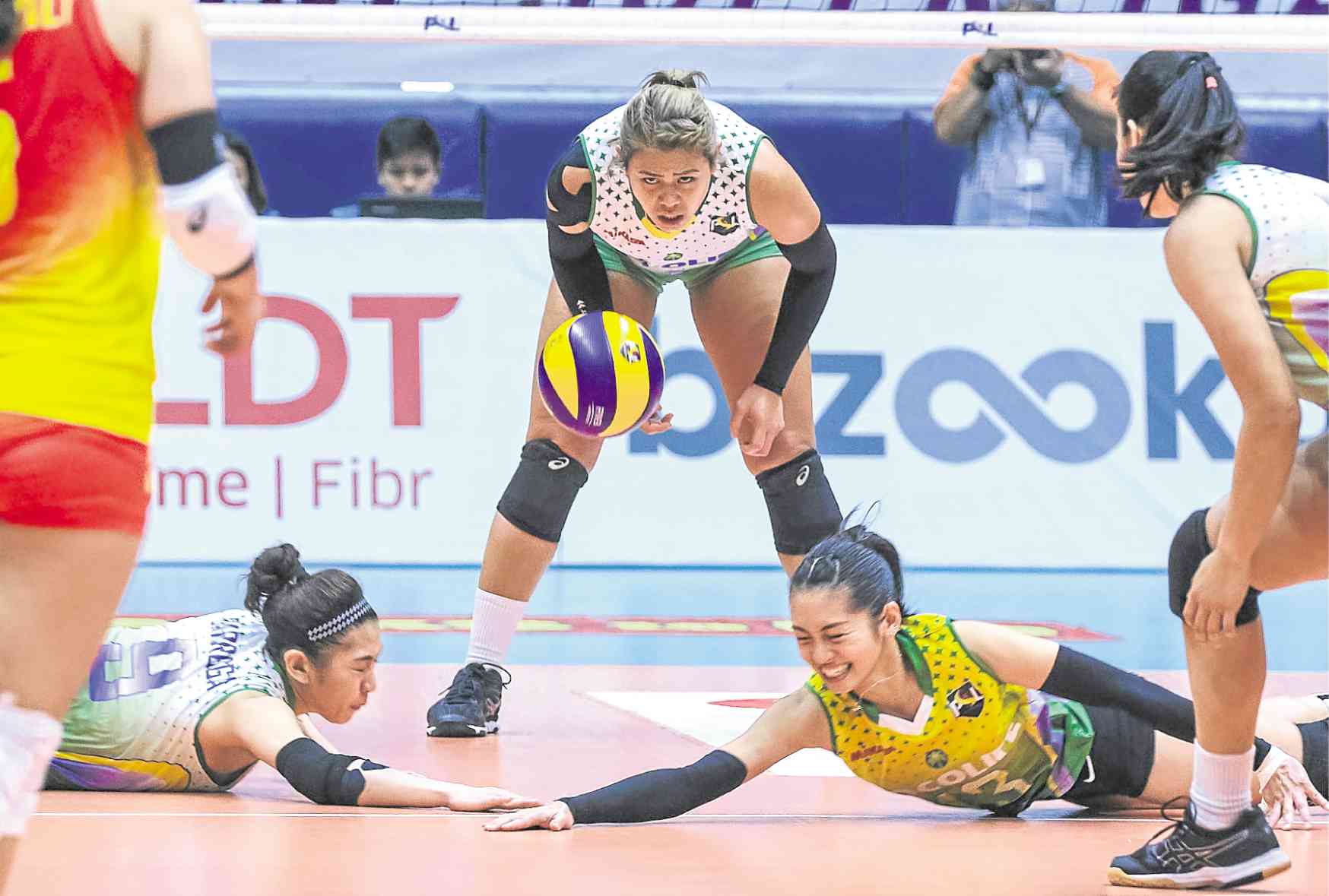 Foton and F2 Logistics brushed off the challenge of their respective rivals to keep their records spotless and on top of the Philippine Superliga All-Filipino Conference standings Thursday night at Filoil Flying V Center.

The Tornadoes proved that losing their biggest stars before the conference started hardly mattered as they rolled over the Sta. Lucia Lady Realtors, 25-14, 25-21, 19-25, 25-13, for their third straight victory.

Earlier, the Cargo Movers opened the day’s hostilities with a 25-13, 25-16, 25-8 rout of the Cocolife Asset Managers to also remain unbeaten after three matches.

The Asset Managers and the Lady Realtors both dropped to 0-3.

The low-key, streamlined lineup worked well for Foton, which counted on unheralded Arriane Layug, who banged in 17 points as the team continued to make do without sisters Jaja antiago and Dindin Manabat, who left to play as imports in Japan.

“I tried to work extra hard every day because I know that I’m in the big league now,” said Layug, who played for UAAP champ La Salle in college.

F2 Logistics threw the full weight of its talented bench at its opponent, keeping Cocolife guessing all match long where the next attack was going to come from.

The Cargo Movers, meanwhile, simply trained their defense on top Asset Managers rookie Kalei Mau, who was limited to six points all afternoon.

“We know that 70 percent of their (Cocolife) offense is Kalei; she’s a very powerful and smart player. So we studied how to defend against her,” said F2 Logistics’ middle blocker Aby Marano.

Marano, who finished with 16 points, also credited their team’s maturity “which allows us to control the match and read the plays.”

Petron was looking to join the day’s winners as it was locked in battle against Smart late Thursday.