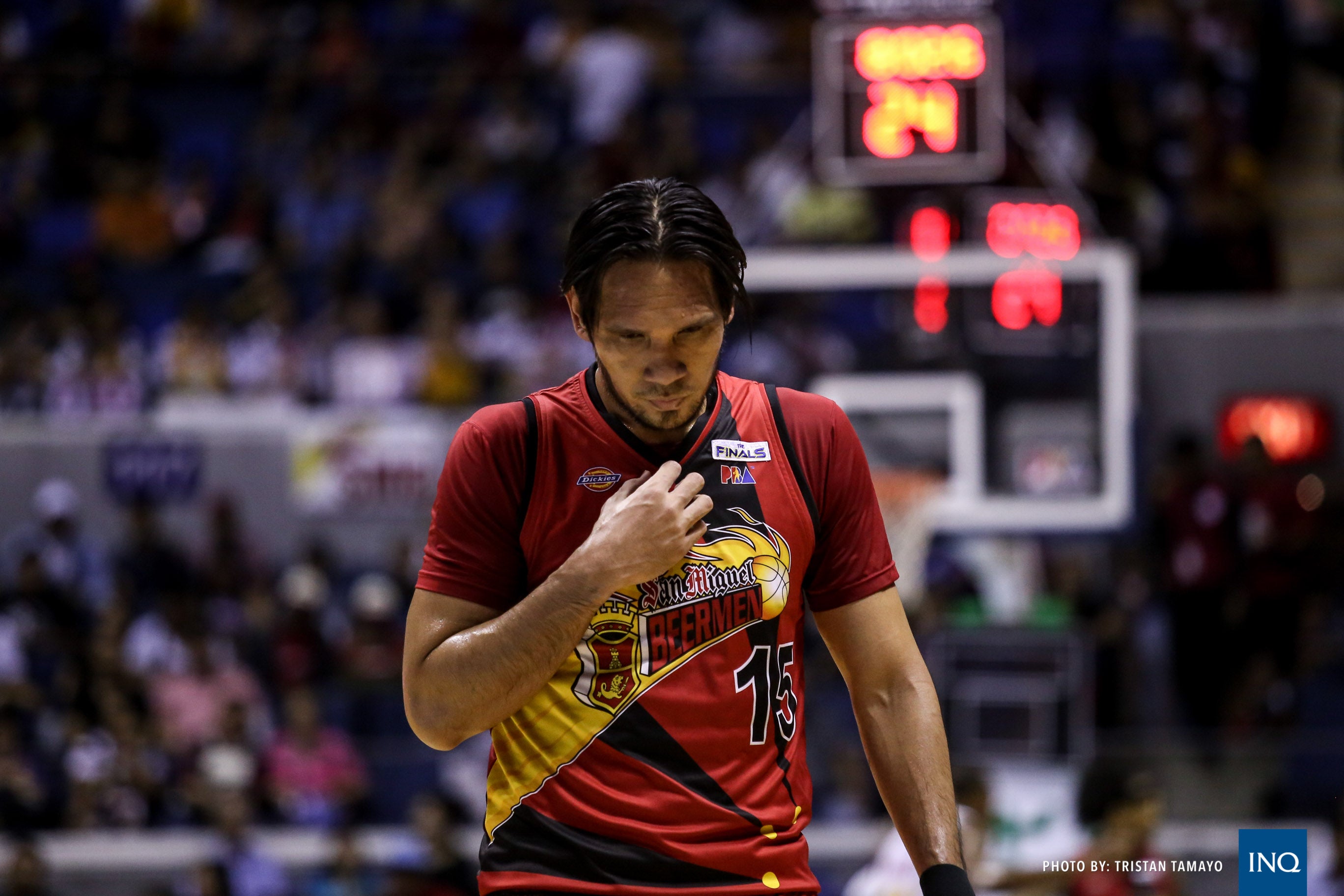 The curtains may have fallen on powerhouse San Miguel Beer, but the team’s main man in the middle is still in the race—very much in front of it, in fact—for the Most Valuable Player trophy.

And it won’t be just another MVP win for Fajardo. The 6-foot-10 Cebuano is gunning for a fifth straight trophy, shattering the record of four shared by legends Ramon Fernandez and Alvin Patrimonio.

It took a stress fracture that benched Fajardo for most of the PBA Governors’ Cup for a rival to rise and challenge him for the plum.

NorthPort guard Stanley Pringle, the 2015 Rookie of the Year awardee, zoomed to the top in the stats race with a cumulative average of 35.5 points.

Fajardo dropped to second with 33.2 after leading the race overwhelmingly for two conferences before getting shut down to heal his injury.

But while Pringle poses a statistical challenge for the history-seeking Fajardo, the Beermen’s gentle giant will face voting challenges from Barangay Ginebra’s Japeth Aguilar, who is at at third with 32.9 SPs.

Aguilar, a Gilas Pilipinas mainstay, is expected to collect votes for playing a key role in the Gin Kings’ Commissioner’s Cup triumph. Ginebra is also in the hunt for the Governors’ Cup crown, with the Beermen crashing out in the quarterfinals.

NorthPort’s Sean Anthony is at fourth with 31.3 and another Ginebra player, Scottie Thompson, rounds out the Top Five with 30.8.

Thompson breaking the Top Five has made him a top favorite for the Most Improved Player plum.

In the last quarterfinal series still undecided, Meralco hopes to complete a reversal against a higher-seeded Phoenix when both teams tangle on Friday at Smart Araneta Coliseum.

The Bolts forced the Fuel Masters to cash in on their twice-to-beat edge with a 90-74 victory, unveiling a stingy defense that forged the sudden-death showdown.