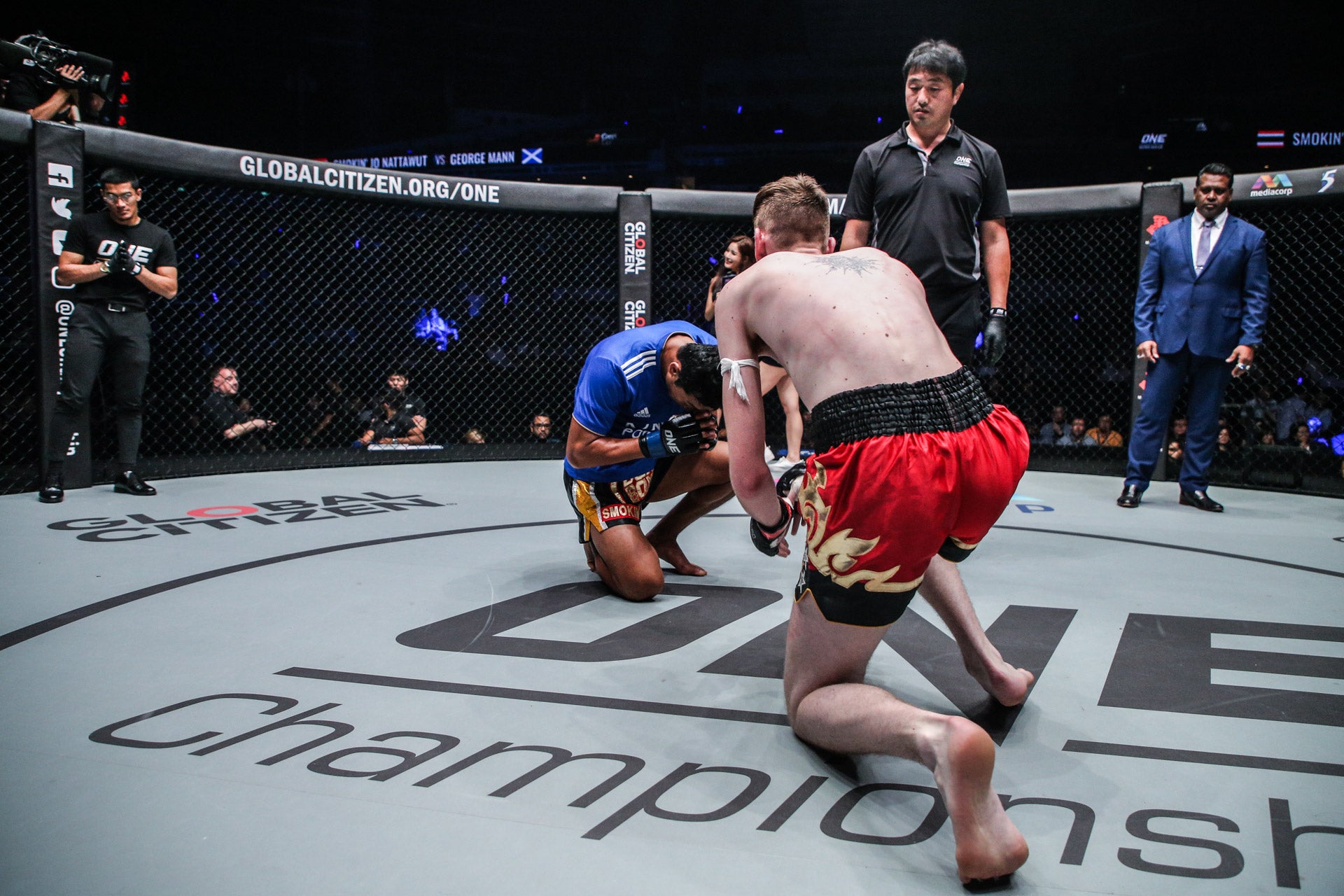 SINGAPORE — Jo Nattawut and Alaverdi Ramazanov shone in a pair of Super Series Muay Thai bouts in the undercard of ONE: Heart of the Lion Friday night at Singapore Indoor Stadium here.

Nattawut cut down the much taller George Mann to size and won by unanimous decision.

Ramazanov didn’t need to go the distance as he knocked out Andrew Miller just 57 seconds into the second round.

Nattawut was the superior boxer and Mann learned it the hard way throughout the fight particularly in the third where he took vicious combinations upstairs that left the right side of his face swollen.

Meanwhile, Adrian Pang snapped out of his funk after scoring a TKO win over Kota Shimioshi.

The fight was stopped in the second round due to a nasty cut above the right eye suffered by Shimioshi in the opening round.

TAGS: One Championship, ONE heart of the lion