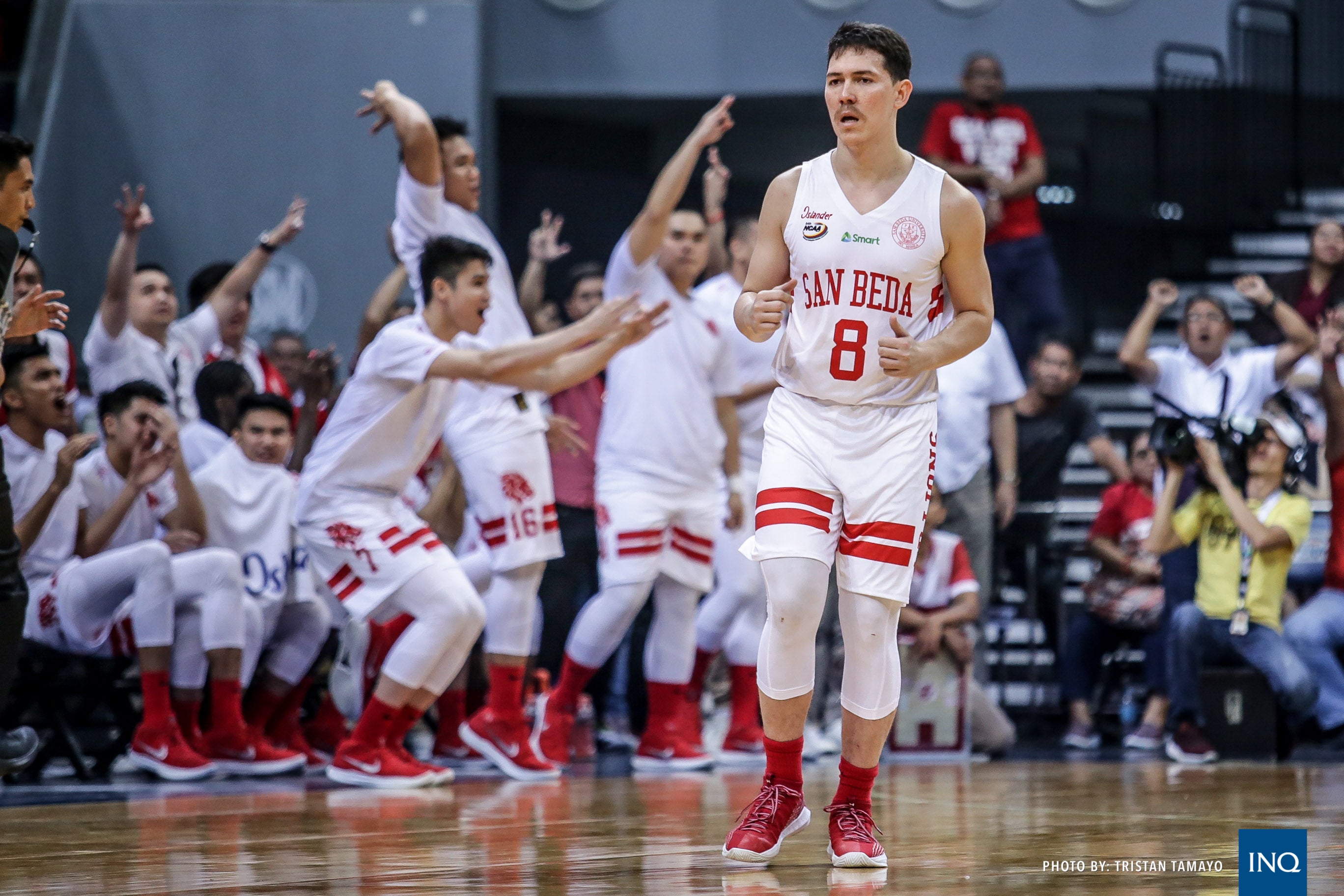 San Beda pulled away in the fourth quarter to sweep Lyceum, 71-56, in the NCAA Season 94 men’s basketball Finals Monday night at Mall of Asia Arena.

Graduating stars Javee Mocon and Robert Bolick led the way for the Red Lions, who extended their reign with their 11th title in 13 years and 22nd overall.

“I’m happy to win the championship at least all the hard work and sacrifice were rewarded,” said San Beda coach Boyet Fernandez, who won his fourth NCAA championship. “I thank my players. If not for them, I won’t be able to win this championship.”

Mocon posted 16 points, 11 rebounds and five blocks and was named Finals MVP while Bolick dished out 12 assists that went with four points and four rebounds in 38 minutes. Donald Tankoua was also instrumental with 13 points and 16 rebounds while Clint Doliguez also shone with 14 points on 5-of-7 shooting from the field.

It was a tight game until the Lions turned on the switch on both ends in the fourth quarter where they outscored the Pirates, 22-12.

Lyceum welcomed back its superstar CJ Perez, who returned from a one-game suspension, but it hardly made a difference with San Beda extra motivated to prove it can beat the Pirates with a complete roster.

The Lions, who beat the Pirates, 73-60, in Game 1 last Tuesday, played suffocating defense that limited Lyceum to just 32 percent from the field. They also forced the Pirates to commit 18 turnovers against only 13 assists.

Perez had a game-high 19 points on 7-of-16 shooting from the field in his final game for Lyceum.