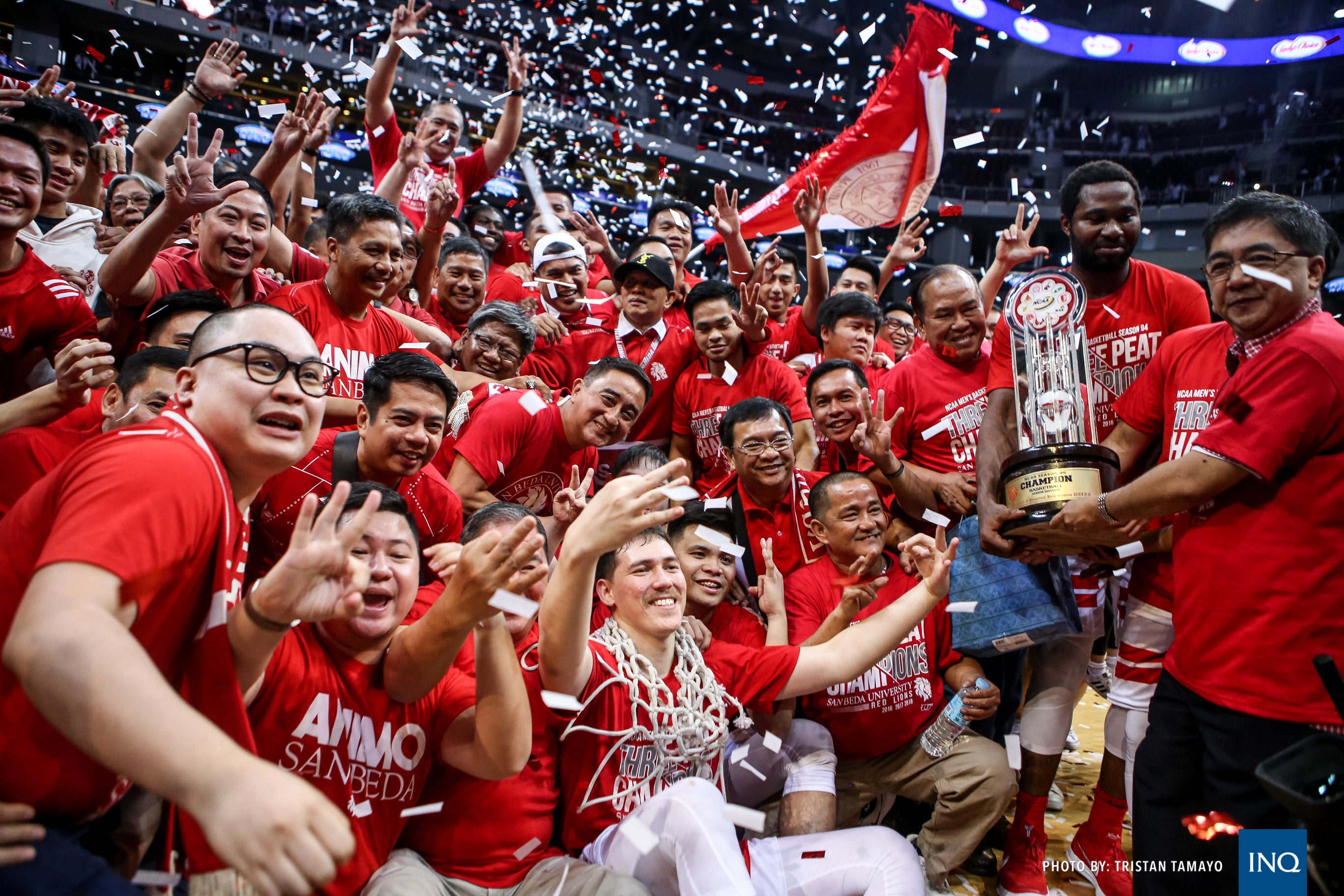 The Red Lions breezed past the Pirates in the finals opener last Tuesday in a game where critics felt San Beda only won because Lyceum played minus its star CJ Perez.

That sentiment did not sit well with San Beda coach Boyet Fernandez.

“Honestly, did they forget that we beat LPU in the second round with CJ there? It’s not San Beda’s fault that CJ wasn’t able to play in Game 1,” said Fernandez, who won won his fourth NCAA title.

It showed on Monday night with the Red Lions still blew out the Pirates despite the return of Perez.

San Beda got off to a strong start and even had a better finish as it outscored Lyceum, 22-12, in the fourth quarter.

“That’s really their mantra, let’s prove that we can beat LPU with CJ there,” Fernandez said.

Perez, who served a one-game suspension after failing to notify the league that he had applied for the PBA Draft, had 19 points on 7-of-16 shooting from the field in his final game for the Pirates.