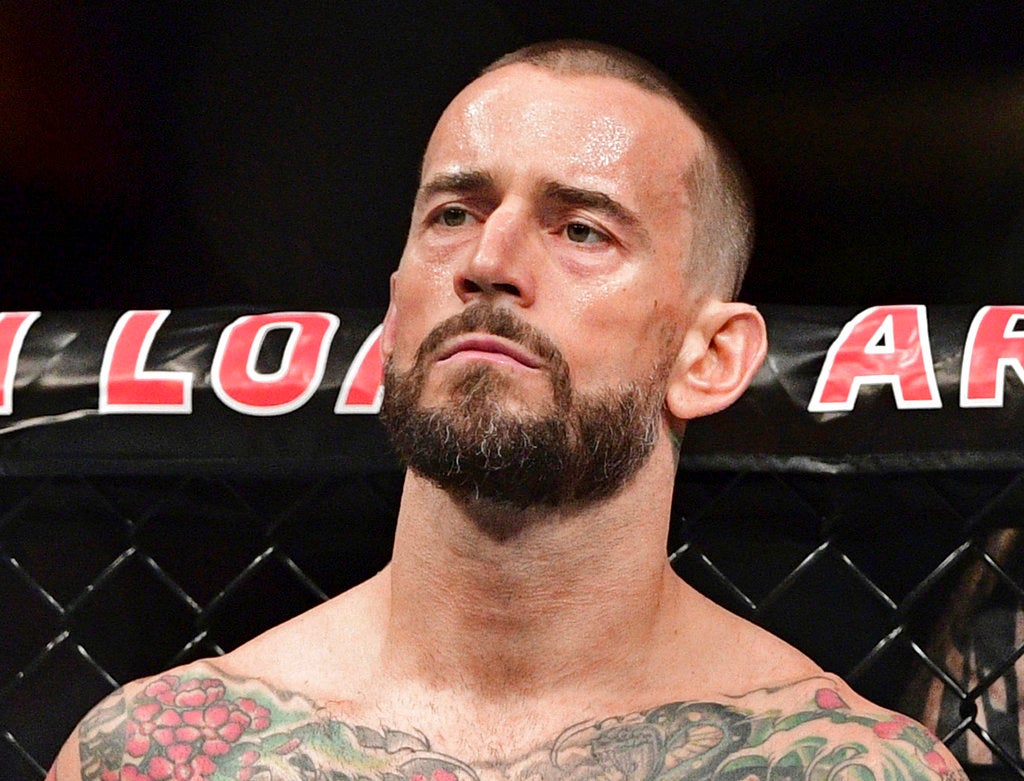 FILE – In this Sept. 10, 2016, file photo, CM Punk stands in his corner before a welterweight bout at UFC 203 in Cleveland. Punk went 0-2 in UFC and has given himself until the new year to decide if he wants to keep fighting. Punk hopes to stick in the sport as a mixed martial arts announcer. (AP Photo/David Dermer, File)

CM Punk’s next move in mixed martial arts is assuredly safer than stepping inside the cage.

Punk, who made the ballyhooed move from WWE straight to UFC in 2014 , is set to turn in headlocks for a headset when he takes the microphone for the Cage Fury Fighting Championships card next month in New Jersey .

Punk with a live mic?

This is the wrestler that made “pipe bomb ” part of the WWE lexicon when he crossed his legs on stage and cut a scathing promo about the state of his career and the industry that left even insiders curious about the legitimacy of the stunt.

But the straight-edge superstar is set to play it straight when he helps call the action on the CFFC card on Dec. 14 at the Borgata in Atlantic city. Punk will provide color commentary with play-by-play broadcaster Mike Gill and analyst Brian Palakow for the show scheduled to air on UFC Fight Pass. Cesar Balmaceda will fight for the CFFC interim lightweight title, one of three championship bouts on the card.

Punk would rather pack a punch with viewers for a night than take one in a fight.

“Somebody at home is probably thinking, ‘Hmm, that’s barbaric, I can’t relate to that, I’ve never been punched in the face,'” Punk said. “I kind of want to humanize everybody, get to the bottom of their story, who they are and why they do what they do.”

The 40-year-old Punk’s story is that he’s still an MMA fighter, though he faces an uncertain future in the sport after two decisive losses in UFC. Punk, the stage name of Phil Brooks, brought a wave of publicity to the sport when he made the jump with just a dash of true MMA skills. Punk never threw a punch in a loss to Mickey Gall in 2016 and was pounded in a unanimous decision defeat to Mike Jackson at UFC 225 in June. UFC President Dana White said Punk should “call it a day” and was likely finished with the promotion.

Punk realized the clock is ticking on his fighting career.

“Since my last fight, I’ve been juggling a half-dozen things,” Punk said. “I kind of gave myself a deadline of the beginning of the new year to find out what is coming next. I don’t rule anything out, absolutely not.”

So, after initial pause when he was offered the job, Punk took the leap into broadcasting for a promotion that was founded in 2006 and helped launch the career of Kimbo Slice and current UFC fighters Paul Felder and Jim Miller. Led by President Rob Haydak, CFFC has become one of the more prominent developmental MMA organizations in the industry. It’s the type of organization that perhaps Punk would have benefited from had he become an MMA pro earlier in his career.

“I did things backward,” Punk said, with a laugh. “I jumped in the deep end. But everybody’s path is different. I do think there needs to be a feeder system where people can get their feet wet.”

With a third UFC fight out of reach, Punk said he had no regrets about the gutsy transition from wrestling to fighting.

“I was presented with an opportunity that, if I was talking to you today and didn’t do, I’d regret,” Punk said. “I absolutely do not regret my decision one bit.”

Punk, who held the WWE championship for 434 days before an acrimonious split with the company, could be funny and ferocious on the mic. His promos helped him rise on the card and soar in popularity with fans as much as his “best in the world” talent. He dabbled in commentary on WWE shows (“look at her jumping around !” he said of future wife AJ Lee) and his comfort in front of the camera helped with his transition into acting.

Yet, five years — and one nasty, victorious lawsuit — later, Punk is still remembered by wrestling fans who chant his name at WWE live events.

“You stop it and five years later people still talk about you? Fans still chant your name? That’s powerful to me,” Punk said.

He waded back into the sports entertainment world when he made a rare autograph signing in September before a major independent wrestling show that sparked rumors he would lace up the boots one more time. Punk continued to rule out a wrestling comeback.

“I don’t pay attention,” Punk said. “People seem to get upset when I say that.”

But they can still catch him in combat sports, where he’s prepping to scrutinize fights, and at Roufusport MMA Academy where he continues to train should another fight arise.