UP can reach for more | Inquirer Sports

UP can reach for more 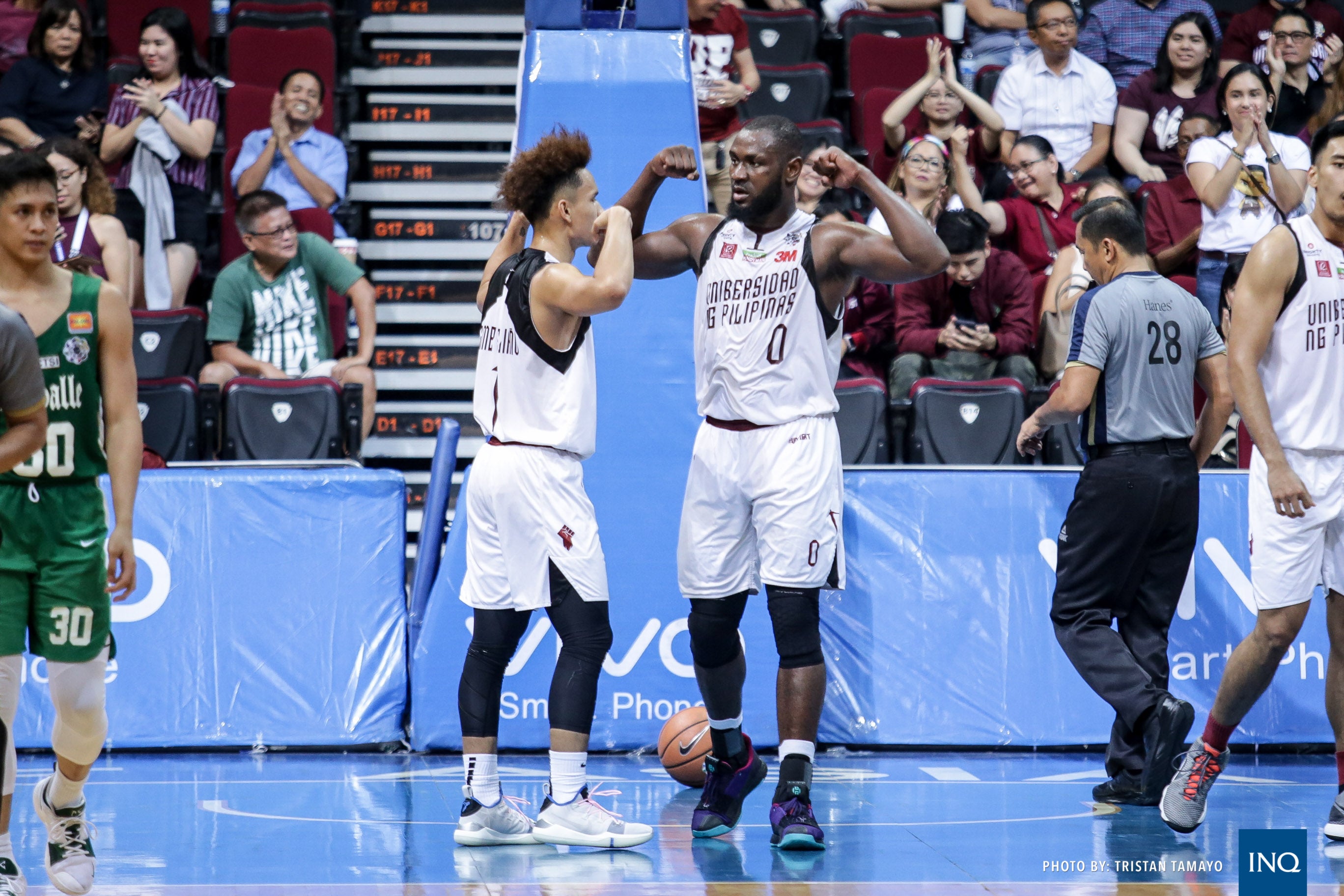 For the newer generation of University of the Philippines Fighting Maroons supporters, it was a 21-year wait for their school to finally make the Final Four in UAAP men’s basketball.

Mendoza was the top gunner of the Maroons when UP last made it to the Final Four—in back-to-back seasons—capping his Diliman stint with his PH Youth teammates Ogie Gumatay and Bryan Gahol on a high note.

“Those were memorable years,” said Mendoza, now 40 and with two kids, of his collegiate career.

The sweet-shooting guard, who once scored 69 points as a member of UP Integrated School, the high school team, believes this current batch of Maroons has a chance to create another special memory.

“There’s more to come,” Mendoza said. “UP has the right ingredients to make it all the way to the Finals. Coach Bo (Perasol) has done a great job.”

Mendoza wasn’t able to watch the Maroons snap their two-decade wait for a return trip to the semifinals. He had practice with the UPIS squad while the senior squad was busy dismantling La Salle, 97-81, on Wednesday at Mall of Asia Arena.

But he heard and read enough of the game to point out one reason he is happy about the squad’s feat.

“I’m really happy considering that one of its stars came from UPIS,” said Mendoza, referring to Juan Gomez de Liaño, the juniors MVP two season ago.

Mendoza wants the team to do better than his UP team, which reached the Final Four in 1996 and 1997. But he knows that the team will have to push harder and draw contributions from everyone if it wants to overhaul Adamson’s twice-to-beat edge and book a championship berth.

“I wish the team all the best,” Mendoza said, recalling the ingredients that made their team successful two decades ago.

“It wasn’t a one-man show. We helped each other,” he said, citing the efforts of the late Gahol, Gumatay, Allan Gamboa and others. He added it will take the same formula for UP to make the Finals and hopefully end a title drought. UP last won in 1986 under Joe Lipa.