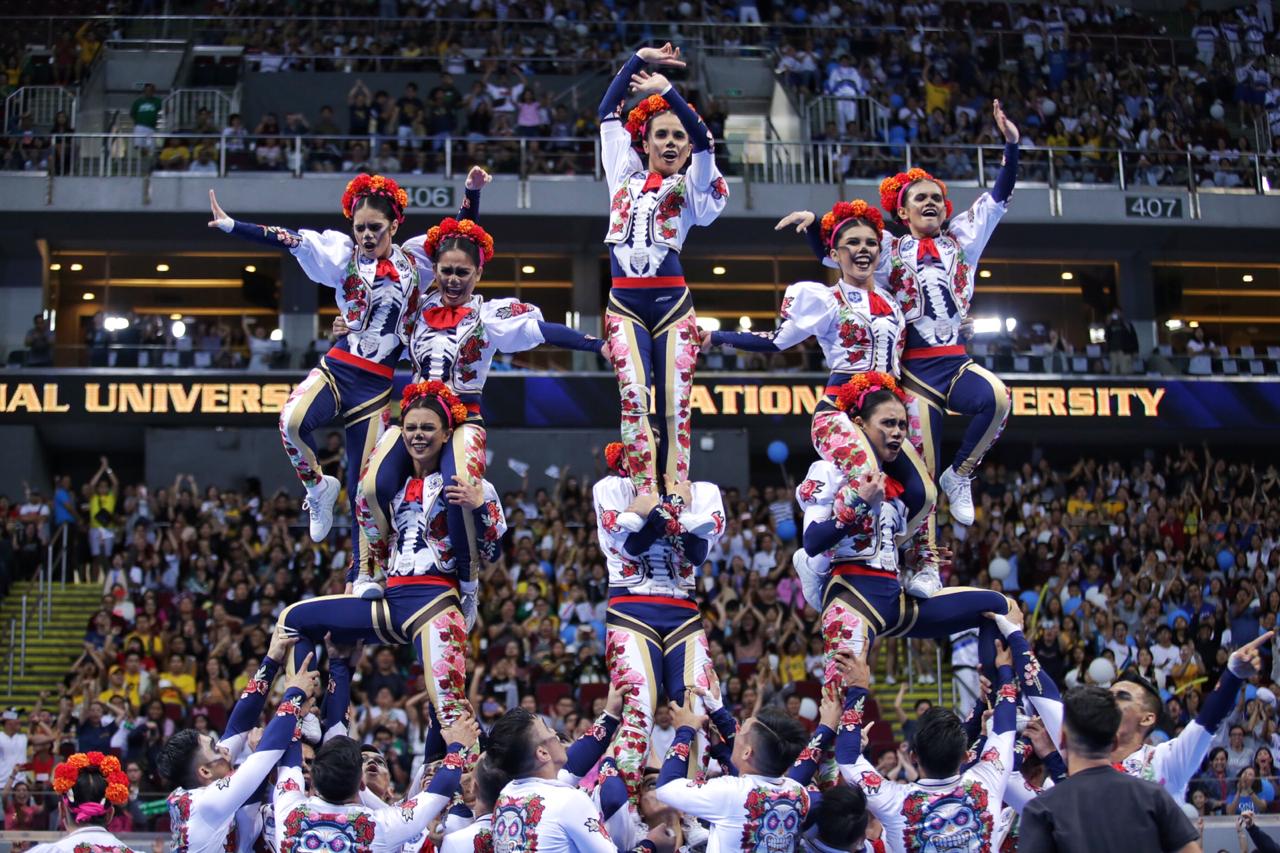 National University released a year’s worth of pent-up frustration and put on the best show of the night to reclaim the gold medal in the UAAP Season 81 Cheerdance Competition Saturday at Mall of Asia Arena.

Taking inspiration from Disney-Pixar’s tearjerker Coco, the NU Pep Squad showed an impeccable routine worthy of utmost praise as it took its fifth title in six years after tallying 711 points.

NU finished fifth in Season 80, its worst since finishing sixth in 2011, and it showcased to the league why it’s still one of the most powerful cheerdance schools in the competition.

The NU Pep Squad had a near perfect dance routine and its displayed the smoothest of transitions to the K-Motion that preceded its trademark Scorpions.

It finished its routine with a marvelous pyramid that it built through five 360s that transitioned into V-motion pyramids.

“We’ve loved the title for four years and it’s so hard to see someone take it from us,” said head coach Ghicka Bernabe in Filipino.

Bernabe added that they never resorted to being frustrated during the one year they waited to get their vindication, as the emotion connotes negativity, and they instead used the defeat as motivation to become bounce back better than before.

“We never used frustration because that word just brings anger,” said Bernabe. “We just showed our determination and our eagerness. We were so hungry that we wanted to become better. We didn’t want to experience the feeling we had last year because it was that painful.”

Meanwhile, Far Eastern University Cheering Squad brought out the funk all the way to a first runner-up finish with 655.5 points

The Tamaraws’ cheering squad, one of the powerhouse teams in the competition with two titles in their name, missed the top three last year.

FEU turned the clock back to the 1970s and incorporated every bit of funk the decade had to offer in putting on a cheering display that the current generation still could go gaga over.

The Tamaraws had 347 points in the dance routine, second only to NU’s 369.5, and they complemented it with the right mix of stunts that included flawless aerial 360s and quick transitions from tosses to pyramids.

Last year’s champion Adamson Pep Squad retained its spot in the podium, claiming the bronze medal with its “animalistic theme” to garner 638.5 points.

University of Santo Tomas, the owner of eight CDC titles, finished fourth in the standings with 638 points much to the chagrin of spectators.

Ateneo, which was considered as a surprising contender in the competition proper itself, was at seventh with 558 points while De La Salle bottomed out with 459.5 points.