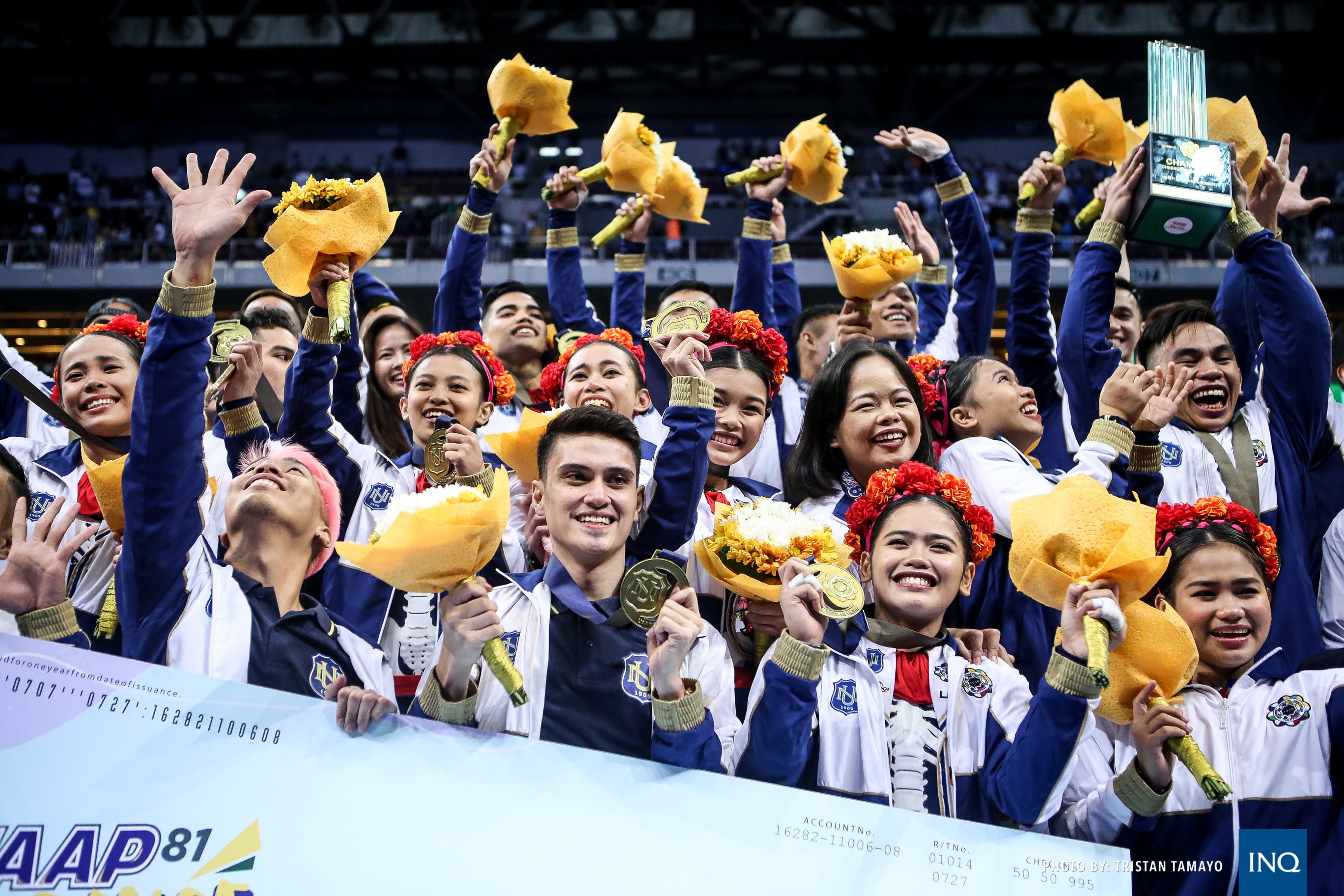 They’re calling it a “comebark” of sorts. And the National U Pep Squad completed that bid in a huge way.

Its drive for five straight titles thwarted in the worst way possible—getting bounced from the podium—National U banked on a flawless performance adorned with breathtaking stunts and crisp dance struts to reclaim the UAAP Cheerdance Competition crown at Mall of Asia Arena Saturday.

Mounting a performance with Latino trappings—a reference to the from-the-grave animated movie Coco—the NU Pep squad, who once held the top honors for four straight years, drew a sum of 711 points from the judges.

“The championship had become dear to us for four years. Parting ways with it was tough,” said NU coach Ghicka Bernabe in Filipino.

“This is ours again. That’s what we always tell ourselves. It’s such a relief that we’re able to meet the expectations of the people,” he added in Filipino.

Bernabe’s wards meant business the moment they stepped into the floor in front of 20,117 spectators, their faces painted like characters from the popular film, which celebrates the Mexican tradition of “Dia del Muertos”—Day of the Dead.

They rose from the depths of a forgettable season last year and turned the event into a Day of the Dogs. Their battle cry? Comebark.

So dominant was their performance that Far Eastern University, which charged forward to a runnerup finish with a groovy throwback to the ‘70s, fell a distant second with 655.5 mark from the panel.

To put the 55.5-point difference in context, defending champion Adamson (638.5) notched the last podium spot by edging out University of Santo Tomas by a mere half point.

So serious was NU about copping the grand prize this season that the school fine-tuned even the psychological aspect of its team.

“We saw that being at the top was a challenging task. The pressure’s there. So we felt we needed to bolster the mental facet of our game,” Bernabe told the Inquirer in Filipino.