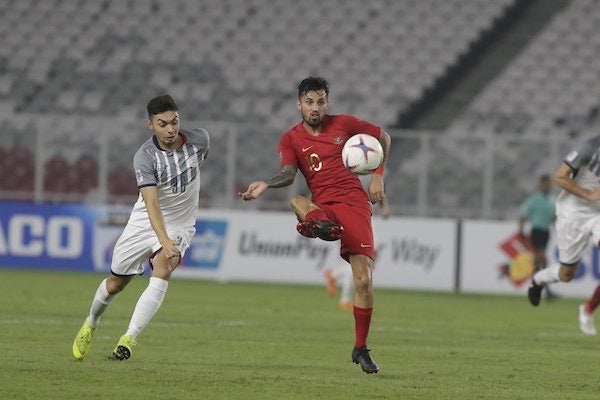 A goalless draw with Indonesia was enough to send the Azkals to the semifinals of the AFF Suzuki Cup, but this was a team that knew they could have done better even with the tough conditions at the Indonesian capital.

In truth, the Azkals would have already sealed their entry to the next round, with Singapore losing to Thailand,0-3, in Bangkok, but the post match reaction was a clear indication that they are never satisfied.

“I thought we could have played better,” said Azkals coach Sven Goran Eriksson, after the Filipinos returned to the knockout stage after missing out on the 2016 edition that it hosted. “We’re happy that we’re through to the next round, but we have to improve if we want to go to the final.”

The Azkals, who finished the group stage with two wins and two draws for eight points, two behind Thailand, will next face Vietnam in the knockout stage with the first leg set at Panaad Stadium in Bacolod City on Dec. 2. The return leg will be four days later in Hanoi, the place where they first made their mark in the competition.

Chances came at a premium as Manny Ott bungled thre opportunities in second half after Stephan Schrock scuffed an effort wide in the fourth minute. The Azkals also had to survive the absence of Phil Younghusband, who had to leave the match in the first half after sustaining a cut.

But the Azkals once again showcased a disciplined performance, stopping the Indonesia transition with timely tackles.