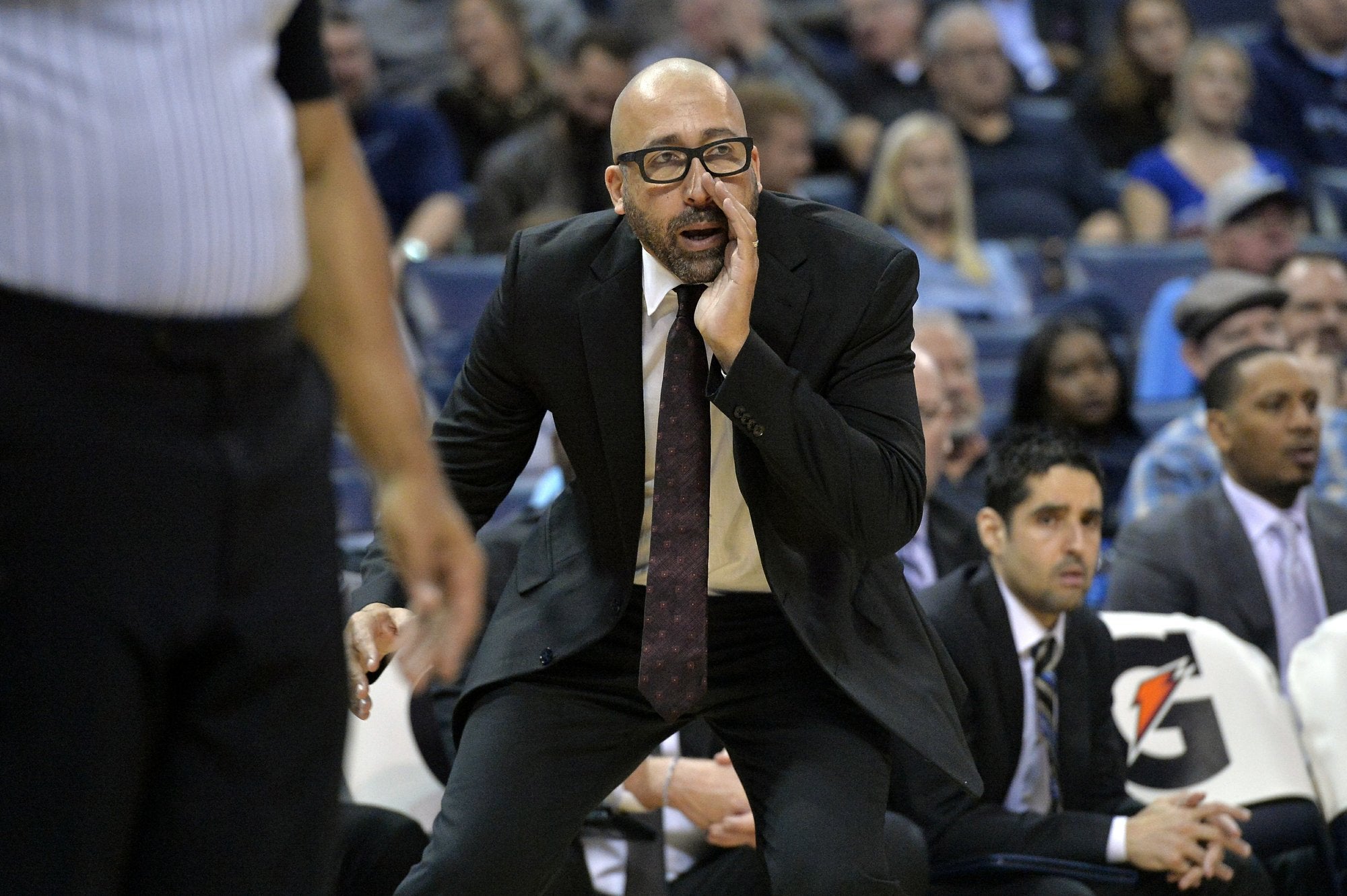 MEMPHIS, Tenn. — The entrance to the visitors’ locker room was covered with soaked towels, ice cubes scattered across the wet floor, remnants of the successful return to Memphis for New York Knicks coach David Fizdale.

One year after Fizdale was fired by the Grizzlies, he returned with his Knicks on Sunday and left with a 103-98 victory. The win — New York’s third straight — led to a celebration, Fizdale’s team dousing him with water — and ice — as he entered the locker room after the game.

“You’re getting me emotional because I can’t put it into words,” Fizdale said.

Enes Kanter had a career-high 26 rebounds and scored 21 points, Tim Hardaway Jr. finished with 22 points. Kanter led a third-quarter rally that erased a 13-point Memphis lead that seemed to predicate a sour return for Fizdale.

Emmanuel Mudiay added 17 points, and Trey Burke had 15 to help the Knicks.

Fizdale may have downplayed any real emotions about his return, but his squad was aware of the game’s importance. In fact, a poor-shooting first half left the Knicks trailing 52-43 at the break, and leading to a word of advice from Fizdale.

“Coming into halftime, Fizz knew that we had that type of mindset coming into the game,” Hardaway said. “He told us at halftime just to calm down and don’t make it about him. That’s what we were playing for. We were playing for coach.”

The third quarter showed a difference in the Knicks mindset. After Memphis built the lead to 13 early in the period, Kanter began asserting his strength inside and on the boards. Kanter muscled his way around the basket for 14 points on 6-of-9 shooting and grabbed 11 rebounds in the frame.

Despite the third-quarter rally, the two were still tied at 93l with 1:49 left. The Knicks scored the next six points, leading to the celebration for Fizdale.

“I think it was a bunch of things we didn’t do,” said Memphis coach J.B. Bickerstaff, who became the interim Grizzlies coach after Fizdale’s firing and now has the permanent job. “That is the most disappointing thing is our guys have lived an identity. In that third quarter, we didn’t.”

Knicks: Fizdale acknowledged everything was backward when he arrived at FedExForum for the game. “It was weird,” he said. “I pulled in and I’m like ‘OK, I’m not parking in my spot.’ Then he added that Grizzlies coach J.B. Bickerstaff was “in my damn spot.” … The win snapped a seven-game New York losing streak in Memphis. New York had not defeated the Grizzlies on Memphis’ home court since a 110-108 victory on March 9, 2011. .Kanter’s previous career-high rebounds was 24 against Chicago on Nov. 15.

Grizzlies: Memphis struggled mightily with free throws early, making only 3 of its first 9 in the game. The Grizzlies would end the night 11 of 19 from the line. . Conley converted only 8 of 24 shots, including 2 of 10 from 3-point range. .The Grizzlies had a franchise-record 19 blocks, including Jackson’s seven, tying a franchise record in blocks by a rookie. The previous franchise record for blocks was 17 on Nov. 12, 2004 against Golden State.

NO ANIMOSITY: NO REGRETS

Fizdale’s departure was long linked with him not getting along with Gasol, including benching the Grizzlies center in the fourth quarter of the last Memphis game before Fizdale was fired. The Knicks coach said the air was cleared in a summer conversation between the two. “I credit him with that. He made me a better coach and he made me a better person,” Fizdale said. “That’s not going to be a story any more for you guys.” Then Fizdale referenced Gasol working on a ship that rescued migrants that capsized off the coast of Libya. “This guy pulled a migrant out of the ocean this summer. That’s way more important than a basketball beef,” Fizdale said.

Gasol and Fizdale hugged each near midcourt after the game. Of the situation, Gasol said after the game, “It was good. It was a competitive game. We asked about our families. All good.”

Knicks: At Detroit on Tuesday night.