Arsenal is knocking on the Champions League door 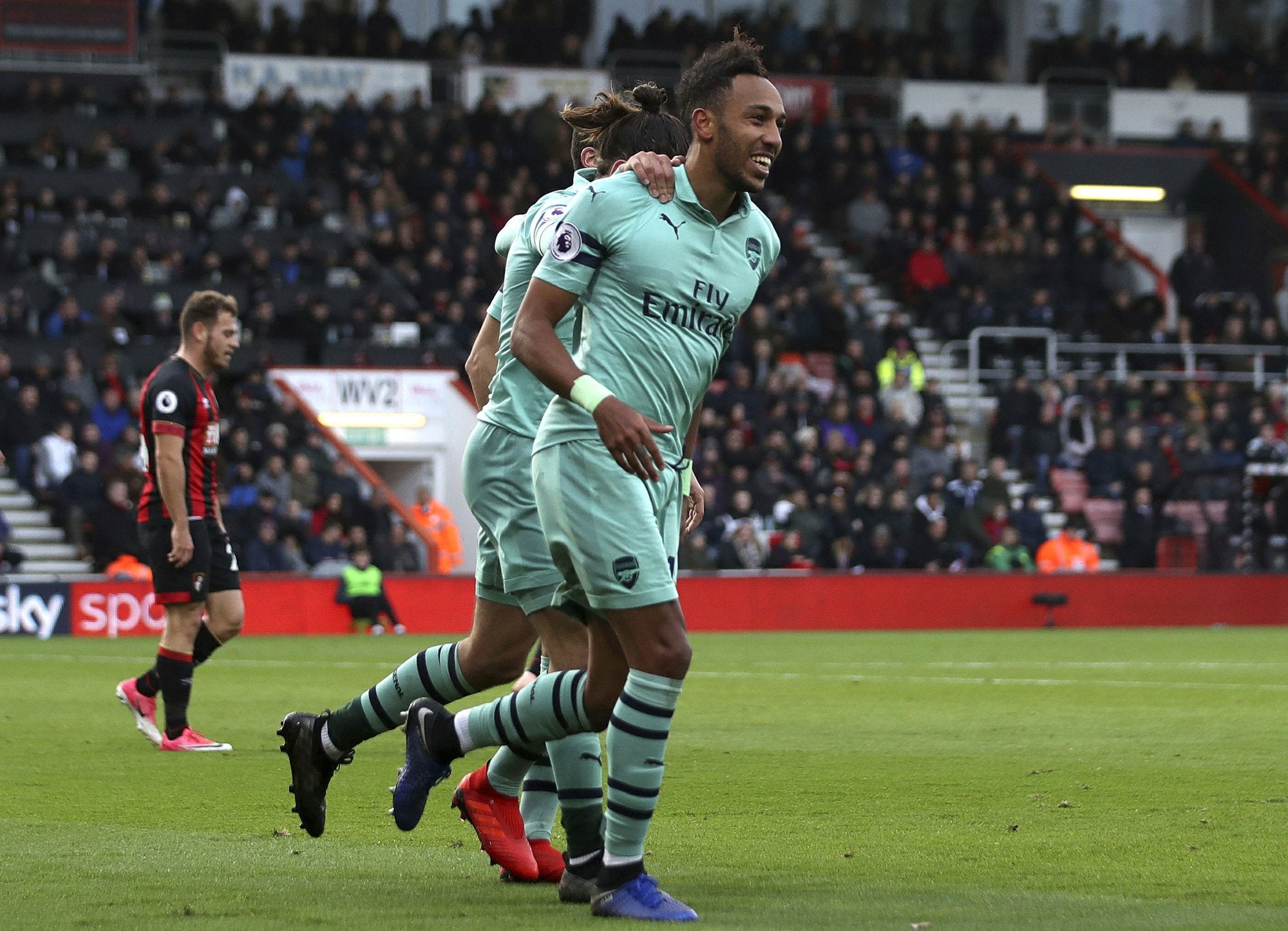 LONDON — In its second season away from the Champions League, Arsenal is showing signs it intends to return to the elite competition.

The Gunners won 2-1 at Bournemouth on Sunday to move within one point of fourth-placed Chelsea and the Champions League spots.

Pierre-Emerick Aubameyang scored his eighth Premier League goal of the season as Arsenal extended its unbeaten run to 17 matches in all competitions.

Jefferson Lerma scored a remarkable volleyed own-goal to give the visitors the lead at the Vitality Stadium, with Joshua King levelling for Bournemouth before Aubameyang’s second-half strike.

Arsenal has not lost since August but had drawn its three previous games.

“We know that is not enough for us — for our objectives,” Arsenal coach Unai Emery said. “We were speaking during the week and above all in the two days before the match that it was very important today. … Today the three points is a big moment for us.”

Arsenal took the lead a half hour in as Lerma accidentally turned Sead Kolasinac’s cross past Asmir Begovic.

However, Arsenal’s run of not leading at halftime continued.

Cardiff is the only other top-flight side yet to hold a halftime lead in the league this season and King’s smart finish with the last meaningful kick of the opening 45 minutes ensured Bournemouth went in level. Arsenal was again pushing for a second goal but, having lost possession in the Bournemouth box, a rapid counterattack ended with King converting past Leno.

Neither side could create anything of note at the start of the second half. Arsenal fans began to call for the introduction of Mesut Ozil, who was dropped to the bench, but were soon celebrating the lead as Aubameyang slid in to score from six yards in the 67th after another Kolasinac cross.

Aaron Mooy scored twice as Huddersfield climbed off the bottom of the table with a 2-0 win against Wolverhampton.

The Australia midfielder found the net in each half as the Terriers were deserved winners at Molineux, where the hosts looked off the pace on their return from the international break.

Mooy’s double was the first time Huddersfield had scored twice in a league game this season and its second win of the campaign lifted David Wagner’s team up to 14th in the table. Wolverhampton is now without a win in five league games, losing four.