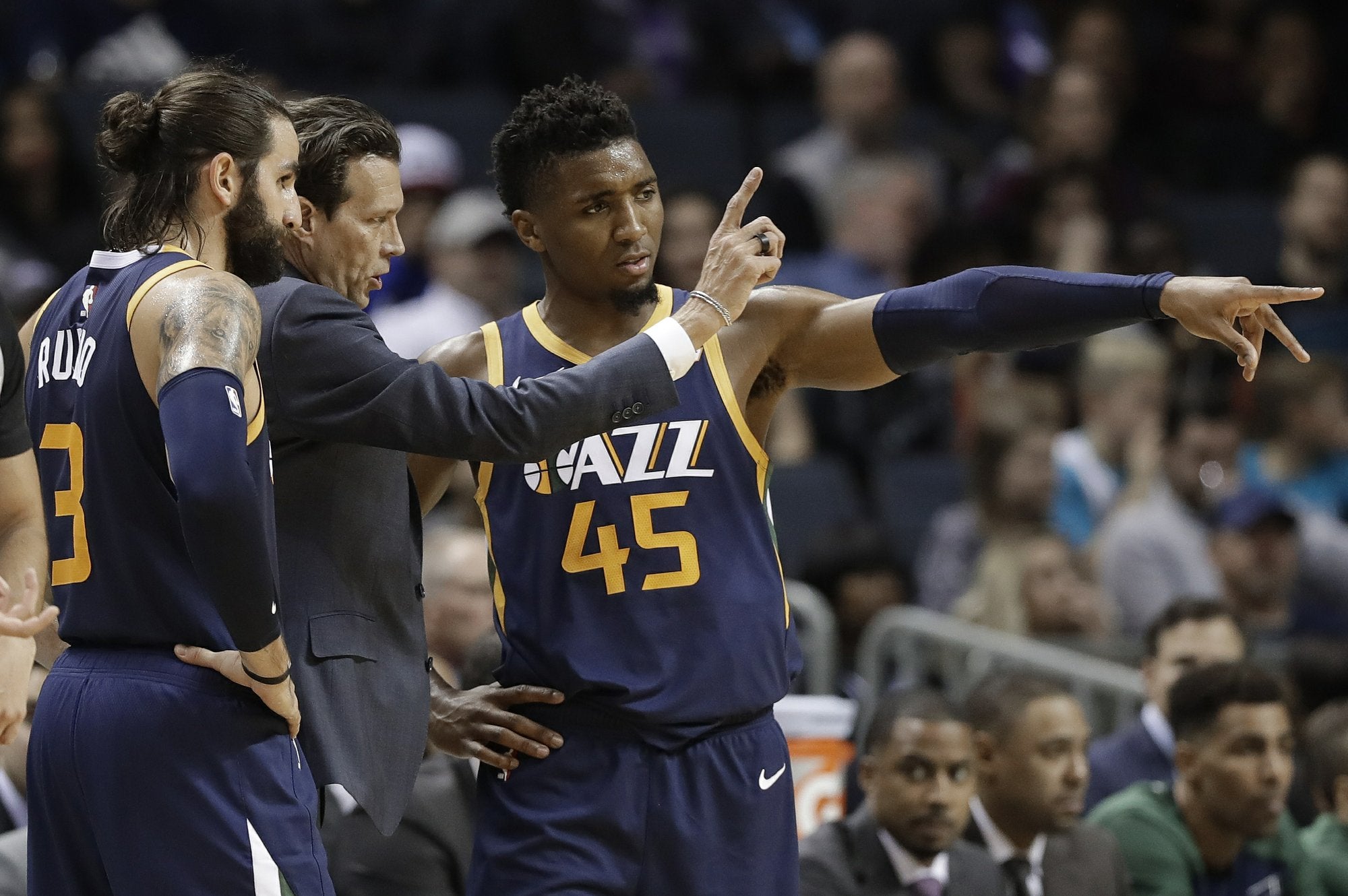 CHARLOTTE, N.C. — Donovan Mitchell scored 30 points, Robert Gobert had 20 points and 17 rebounds and the Utah Jazz scored 54 points off 3-pointers to hold off the Charlotte Hornets 119-111 on Friday night.

Kyle Korver made four 3-pointers and scored 14 points in the debut of his second stint with the Jazz, who acquired the veteran from the Cleveland Cavaliers on Thursday. Jae Crowder, Korver’s former teammate in Cleveland, added 24 points off the bench for Utah.

The Hornets got within six points with just over nine minutes left in the game, but Korver hit a pair of 3s to help hold them off.

Utah took its biggest lead at the start of the second period, a 16-point advantage, behind 10 points from Mitchell and eight from Crowder.

Charlotte clawed back late in the first half, mostly behind star Kemba Walker and veteran Tony Parker, and tied the game for the first time midway through the third period on a three-point play by guard Jeremy Lamb.

Joe Ingles made a 24-footer, Mitchell hit a 27-footer and Crowder, who finished with six 3s, connected on a 25-footer during a 90-second stretch late in the third period to get the lead back to 13.

Hornets: Charlotte was without starter Cody Zeller most of the game. The center left in the second quarter with a left rib contusion and didn’t return. … Lamb has scored at least 18 points in eight of his last nine games.

This was the annual return to North Carolina for Jazz coach Quin Snyder, who played at Duke. The Blue Devils went to the Final Four three times in Snyder’s four seasons.

The Jazz and Hornets have split their two-game season series in each of the past four years, with the home team prevailing in all eight of those games. Utah will have a chance to sweep this season’s series when hosts the Hornets on April 1.

Jazz: At Miami on Sunday night.