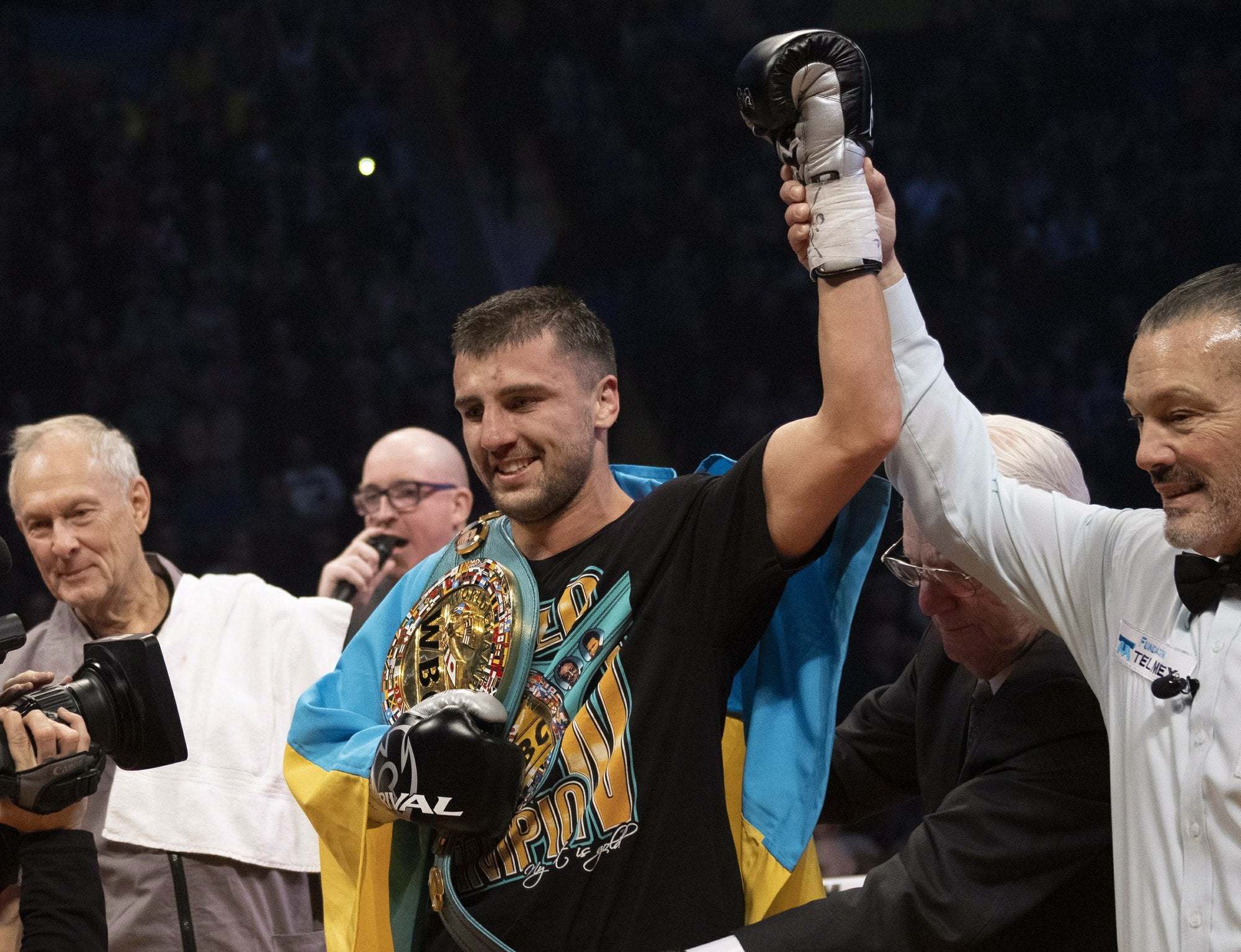 QUEBEC CITY — Oleksandr Gvozdyk stopped Adonis Stevenson at 2:49 of the 11th round Saturday night to take the World Boxing Council light heavyweight title from the Canadian.

The 41-year-old Stevenson was put on a stretcher after the fight and left Videotron Centre in an ambulance. There was no immediate word on the nature of the injury.

Stevenson was making his 10th title defense since winning the belt against Chad Dawson in 2013. Stevenson was ahead on two of the judges’ card and tied on the third when he was stopped.

Stevenson fell early, in the third round, after getting hit by Gvozdyk. But referee Michael Griffin said it was a slip. Gvozdyk, however, was the more aggressive of the two and it showed the rest of the round.

In the sixth round, Stevenson threw more punches to the body, something that he rarely does. He hit Gvozdyk in the abdomen and shook him, and Stevenson finished the round strongly.

Stevenson controlled the center of the ring for part of the match, but in the 10th round, Gvozdyk finished with a series of blows that seemed to motivate him for the 11th round.

Gvozdyk continued with his series of flurries that got Stevenson in the ropes in the middle of the 11th, before sending the Canadian to the canvas with three solid right punches.

ADVERTISEMENT
Read Next
Griffin, Drummond power Pistons over Curry, Warriors
EDITORS' PICK
Get 80% OFF Ignite 2020 Cyber Tickets starting 28 September
House to probe Facebook takedown of gov’t accounts
Feud is over: Velasco next Speaker on Oct. 14
Despite toll, never too late to fight pandemic—WHO chief
Smart poised to turn PH into ‘Smart 5G country’ with nationwide rollout
Water remains our saving grace right now
MOST READ
Velasco to take over as Speaker on Oct. 14
Gun attack in PMA: Air Force man killed, 2 others wounded
2 PDP-Laban allies in House jump over to Lakas-CMD
SAP is over: P6B allocated under Bayanihan 2 law for DSWD to fund livelihood aid – DBM
Don't miss out on the latest news and information.