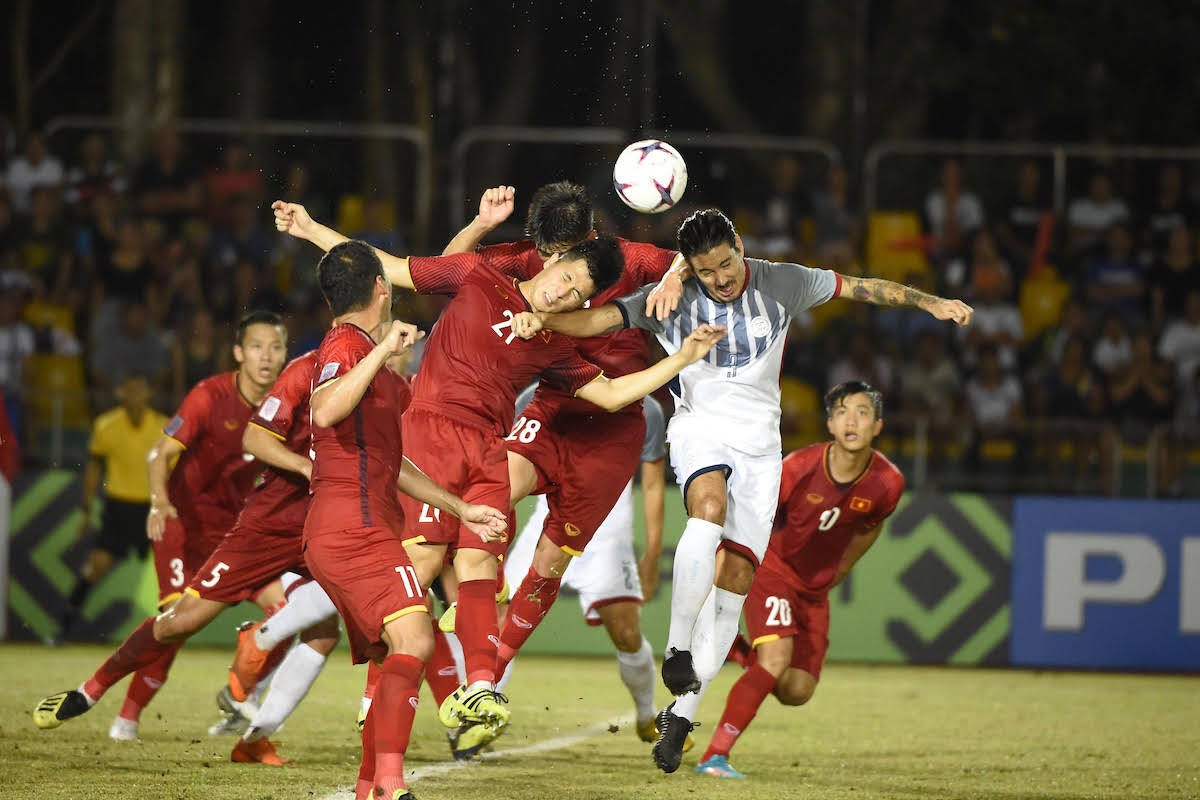 The Azkals need maximum effort if they want to thwart Vietnam in its home field and advance to
the Suzuki Cup title duel. —CONTRIBUTED PHOTO/LAGARDERE SPORTS.

HANOI—Encountering challenges even off the pitch, the Philippines will have to dig deep to overcome Vietnam in the second leg of the AFF Suzuki Cup semifinals here.

The Vietnamese side not only has a 2-1 advantage following the first leg at Panaad Stadium, it also had the luxury of taking a chartered flight from Bacolod to Hanoi, giving it more recovery time.

The Azkals, on the other hand, needed three flights to reach the Vietnamese capital via Hong Kong.

It’s these fine margins that could spell the difference from delivering a strong or subpar performance in what has been a grueling competition.

Azkals captain Phil Younghusband admitted the travel that lasted for 17 hours from Bacolod has left the team drained and tired.

But the Azkals’ all time leading scorer stayed positive, saying that the squad was hoping to get in a good recovery in the next couple of days before the match on Thursday at My Dinh Stadium.

“It’s been a long day,” said Younghusband, who assisted on Patrick Reichelt’s goal. “The boys are very tired after a tough game against Vietnam last night. We left our hotel in Bacolod at 4 a.m. and 17 hours later, we are here. Hoping to get in a good recovery in the next couple days before preparing for the second leg of the semifinals.”

Younghusband reiterated that the battle is far from over, saying the Azkals are ready to take the game to the Vietnamese side: “There is still 90 minutes to play and a lot can happen.”

On social media, players like Stephan Schrock and Martin Steuble also kept things light within the camp, poking fun at the long travel that the squad had to go through. It was clear however that the players were hoping for a better way to reach Hanoi. They’ve already called for more support even before the first leg in Bacolod.

But while attendance was up at 5,500 for the match, it may have been because of the influx of away fans from Vietnam who paid 700 US dollars to get on a chartered flight to Bacolod to watch the match.

The Azkals took time out to be with the Filipino community in the Vietnamese capital which hosted an afternoon snack at the team hotel.