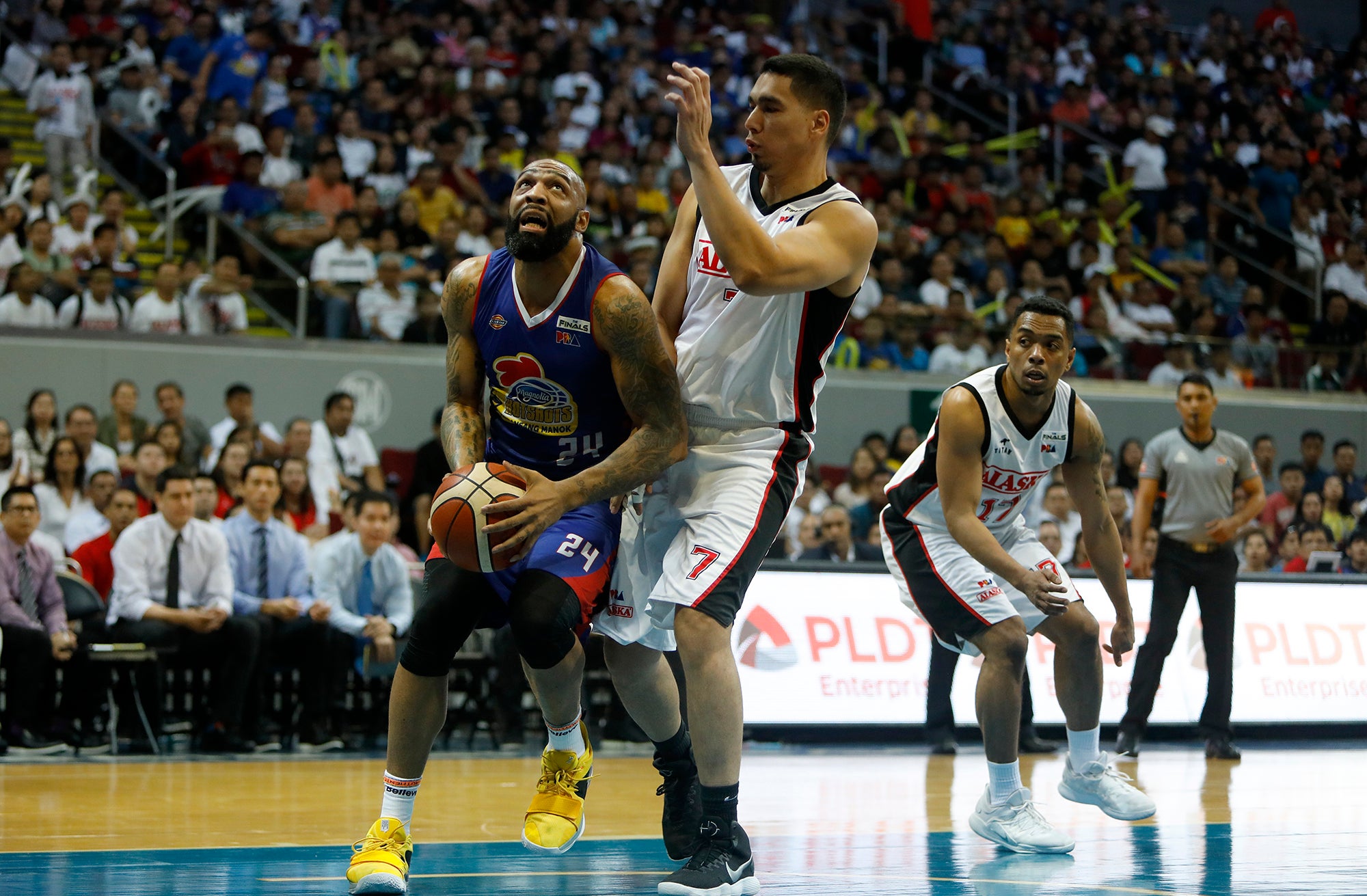 Magnolia hardly showed any effects of rust but it wasn’t the case for Alaska in Game 1 of the 2018 PBA Governors’ Cup Finals Wednesday night.

The Hotshots opened the game with 15 unanswered points en route to a masterful 100-84 win before a sizeable crowd at Mall of Asia Arena.

“We’re happy to win this Game 1, but it’s only the start and after tonight, we need to prepare hard again tomorrow,” said Magnolia head coach Chito Victolero. “There is another game on Friday and again, our mindset is going to be the same as today, another do-or-die.”

Romeo Travis led the way for Magnolia with 29 points, 13 rebounds and five assists while Mark Barroca added 16, including seven points in a pivotal 9-0 run inside the final five minutes that put the Aces away for good.

Barroca also had six steals while his backcourt partner Jio Jalalon was all over the floor to finish with seven points, 12 rebounds, nine assists and four steals.

The Hotshots led by as much as 21 before the Aces mounted one last rally to pull within eight with a little over four minutes left.

Magnolia responded immediately thanks to Barroca, who hit a scoop layup off the timeout, got a steal then, hit a backbreaking triple from the left corner that stretched his team’s lead back to 13, 89-76, with 3:47 remaining.

He actually had a hand in every point scored in the Hotshots’ 9-0 spurt.

Mike Harris paced the Aces with 20 points but he cooled off in the second half where he only had three. He also collected 15 rebounds, four steals and three blocks.

Game 2 is on Friday night at Araneta Coliseum.