Not looking to score, Thirdy Ravena still ends up with best scoring output yet | Inquirer Sports

Not looking to score, Thirdy Ravena still ends up with best scoring output yet 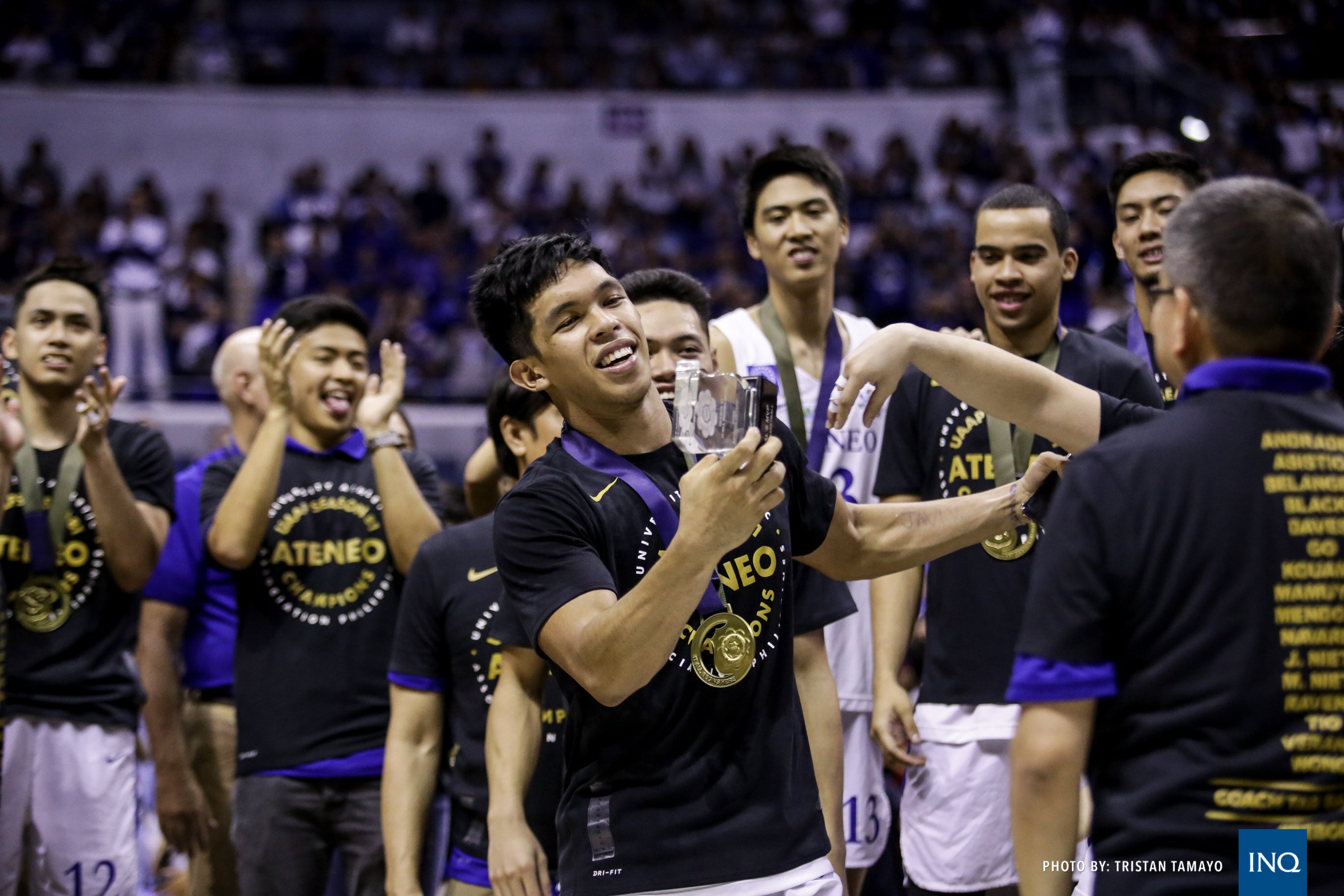 MANILA, Philippines—It was a series to remember for Thirdy Ravena as Ateneo swept University of the Philippines in the UAAP Season 81 men’s basketball finals.

That scoring output is the highest of Ravena collegiate career but he said he wasn’t even looking to score that night.

“My mission was to give everything that I can and I didn’t really expect to score,” said Ravena after he won his second straight Finals MVP plum. “If it wasn’t for my teammates it won’t be possible for me to score that many points.”

Ravena was relatively quiet in Blue Eagles’ campaign in the elimination round, where they finished with a league-best 12-2 record, putting up an average of 12.1 points, 6.2 rebounds, and 2.4 assists in 13 games.

Those numbers were virtual afterthoughts once the finals rolled around when Ravena more than doubled his scoring and passing with averages of 29.5 points, eight rebounds, and 7.5 assists.

Ravena already had 20 points after the first three quarters with Ateneo holding a 70-56 lead and but the fourth year Eagle was just getting started.

The fourth quarter saw Ravena go mental as he made play sets out of the Fighting Maroons’ defensive schemes with 18 points just in that final period.

“There was a stretch in the game that I felt I was in the zone and I just felt lucky that my three-pointers were going in,” said Ravena. “I’m open so I just shot the ball like what everyone does. I’m just doing my role.”