ONE: Jeremy Miado looks to sustain winning ways in 2019 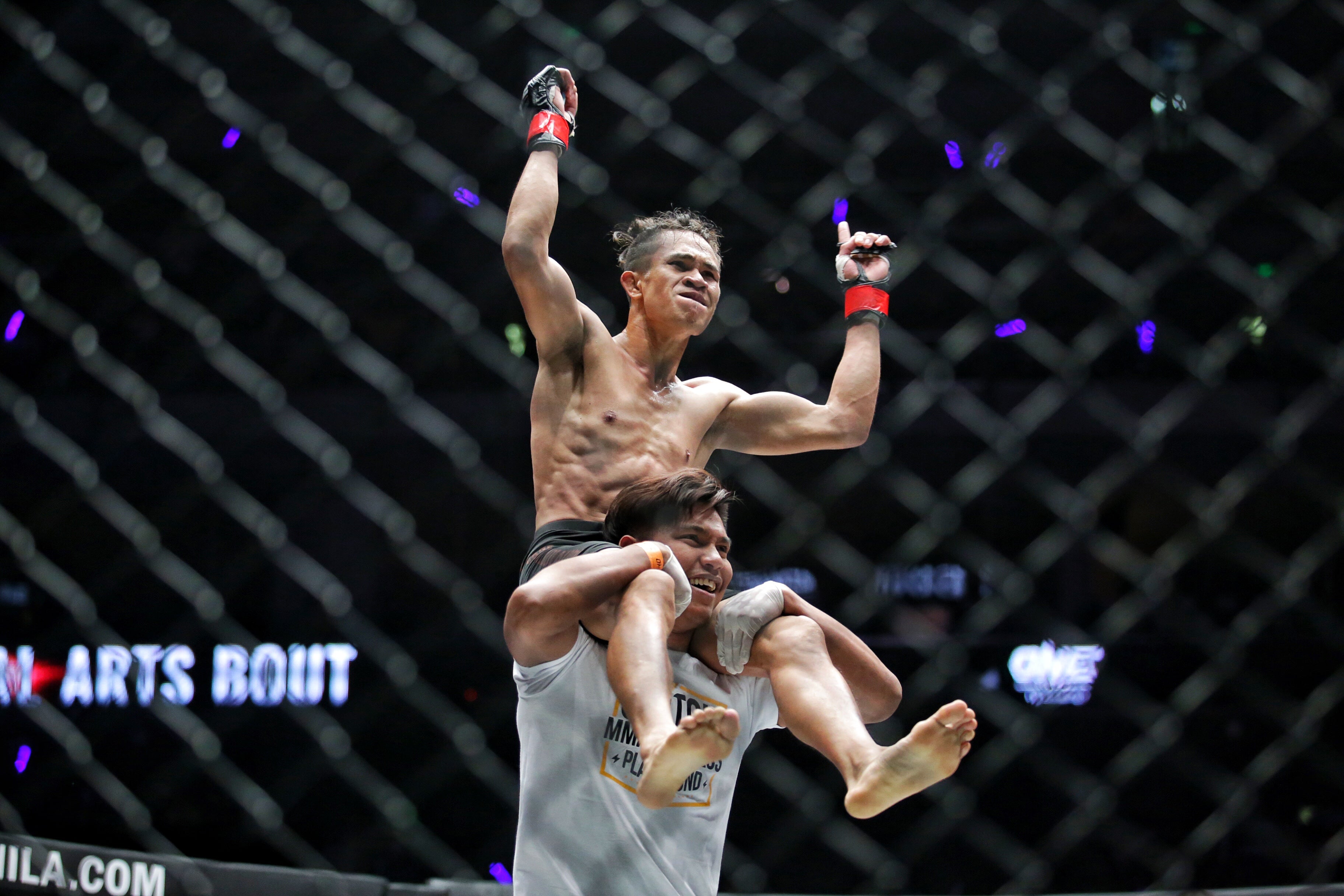 Jeremy Miado sets the tone for Filipinos in ONE: Conquest of Champions card Friday at Mall of Asia Arena. photo by Tristan Tamayo/INQUIRER.net

MANILA, Philippines—Jeremy Miado isn’t letting his highlight reel get into his head as he prepares to become a better fighter in ONE Championship’s strawweight division.

Miado (8-3) is two weeks removed from his scintillating knockout victory over China’s Peng Xue Wen and he said it’s just the beginnings of his development as a more well-rounded fighter.

“I look forward to more challenges that await me next year,” said Miado. “Strawweight is one of the deepest divisions in ONE Championship and there are so many great guys all wanting to get to the top.”

Fellow Filpino Joshua Pacio of Team Lakay is the reigning ONE World strawweight champion and under him are devastating names like Yoshitaka Naito, Alex Silva, and Hayato Suzuki.

Miado said he has no other option but to keep winning in the division to stay relevant in one of the most stacked divisions in the promotion.

“I know that I still have a long way ahead of me, but I have to keep winning so I can stay in the mix,” said Miado.

The Jaguar’s second round knockout of Peng was the culmination of his hard work and sacrifice that stemmed from his earlier loss to Kritsada Kongsrichai in June of 2018.

“I started to acknowledge my weaknesses and then worked on them. I went to different gyms to develop my skills and even traveled abroad to train,” said Miado. “It was worth it, especially that I had the chance to improve my strength and skills which was evident in my victory over Peng.”

“Not being overconfident but I feel I’m a different athlete now.”