Spain braces for some 500 violent fans for Copa Libertadores 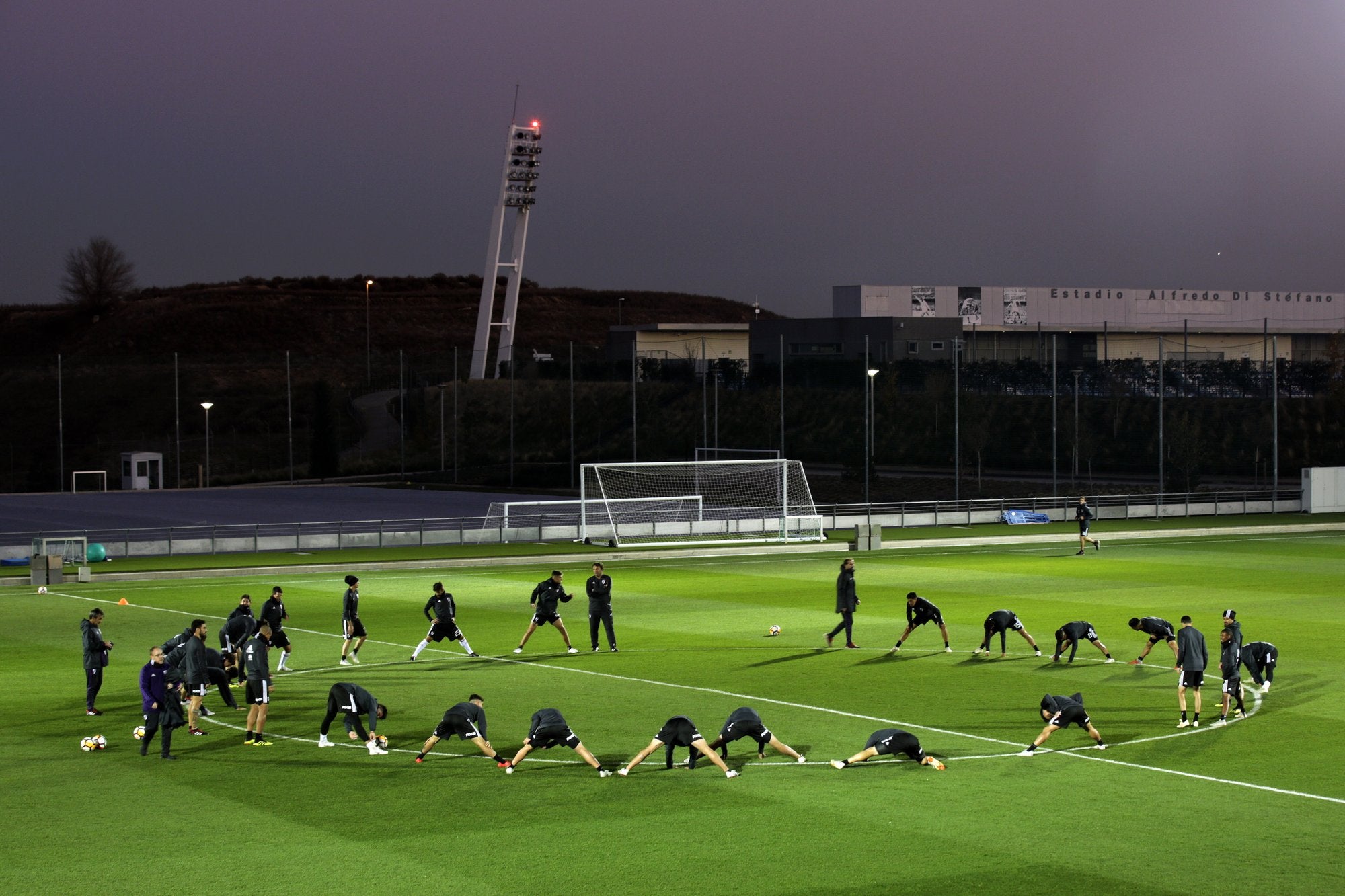 MADRID — A group of 400 to 500 “especially violent” fans from Argentina are expected to make the trip to Madrid for this weekend’s Copa Libertadores final between River Plate and Boca Juniors, Spanish authorities said Friday.

Officials said almost 4,000 security personnel will be deployed for Sunday’s match, nearly double the number used in the “clasicos” between Real Madrid and Barcelona.

The government official overseeing the city’s security plans for the “high risk” match said police will remain on high alert to detect and keep track of fans who could potentially cause problems before, during and after the final at Santiago Bernabeu Stadium.

“The national police is working closely with the Argentine police,” Jose Manuel Rodriguez Uribes told Cadena SER radio on Friday. “We are working with the maximum security level at the airport, highways, bus stops and subway stations.”

One Boca Juniors fan known to be a leader of a supporters’ group was not allowed to enter the country after arriving in Madrid on Thursday. He was sent back to Argentina after authorities said he had a long criminal record. Spanish media reported a River fan was also deported on Friday after failing to gain permission to enter the country.

Tens of thousands of Argentines are expected to come to Spain to watch Sunday’s final, which was moved to Madrid after fan violence marred the second leg in Buenos Aires two weeks ago. Boca Juniors players were injured before the match when River fans attacked the Boca team bus with rocks, bottles and wood.

The first leg, played in Buenos Aires, ended in a 2-2 draw.

Nearly 80,000 fans are expected at the Bernabeu on Sunday. Each club was granted 25,000 tickets and authorities will try to keep them separated throughout the day. They will be positioned at opposite sides of the Bernabeu, behind each goal. Separate fan zones will be available for supporters from each club.

Several security layers will be implemented near the stadium, with large vehicles being kept from circulating close to the venue. The Bernabeu is located in a heavily populated area of the Spanish capital.