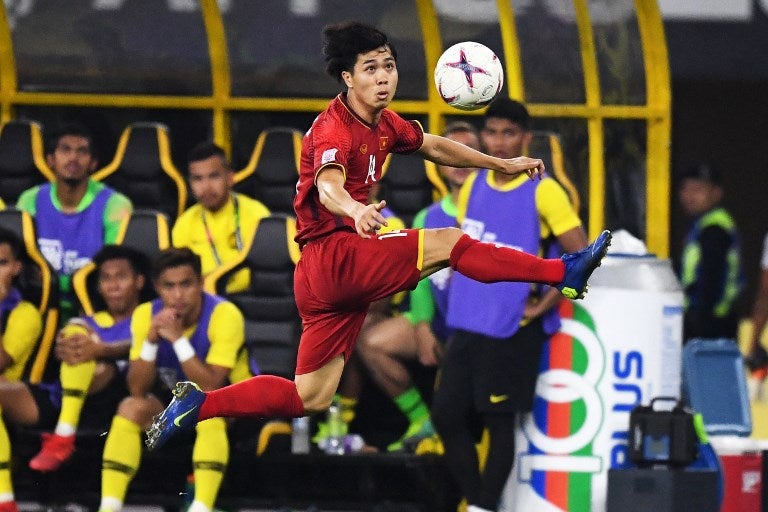 Malaysia came from two goals down to salvage a 2-2 draw with Vietnam in the first leg of the AFF Suzuki Cup final at Bukit Jalil National Stadium on Tuesday.

Goals by Nguyen Huy Hung and Pham Duc Huy midway through the first half put the visitors in charge but Shahrul Saad halved the deficit before Safawi Rasid converted a stunning free-kick on the hour mark to restore parity for the home side.

Vietnam goalkeeper Dang Van Lam made a fine save in stoppage time to deny Syafiq Ahmad and keep the score level ahead of the second leg in Hanoi this Saturday.

Malaysia exerted much of the early pressure in front of a capacity crowd of more than 87,000 but Vietnam took the lead after 22 minutes following a swift counter-attack.

Doan Van Hau lofted the ball into space on the right for Phan Van Duc whose cross towards Duc Huy was cut off by Nazirul Naim but fell nicely for Huy Hung to tuck the ball into the net.

The home side hardly had time to recover before Vietnam scored again three minutes later.

Van Duc was again the provider, pulling the ball back for Duc Huy who slipped as he met the ball with his left foot but saw his effort from 25 metres fly past goalkeeper Farizal Marlias.

Malaysia cut the deficit in the 36th minute when Syamer Kutty Abba’s free kick from the left found Shahrul, who headed powerfully past Van Lam.

The home side then got back on level terms on the hour when they were awarded a free kick on the right edge of the box and Safawi curled a magnificent shot into the far corner of the net.

The home side had a final chance to win the game in stoppage time with a free-kick by substitute Syafiq that went through the Vietnamese wall but was punched clear by an alert Van Lam.

On path of redemption, Slaughter gives coach Jarencio reason to be excited