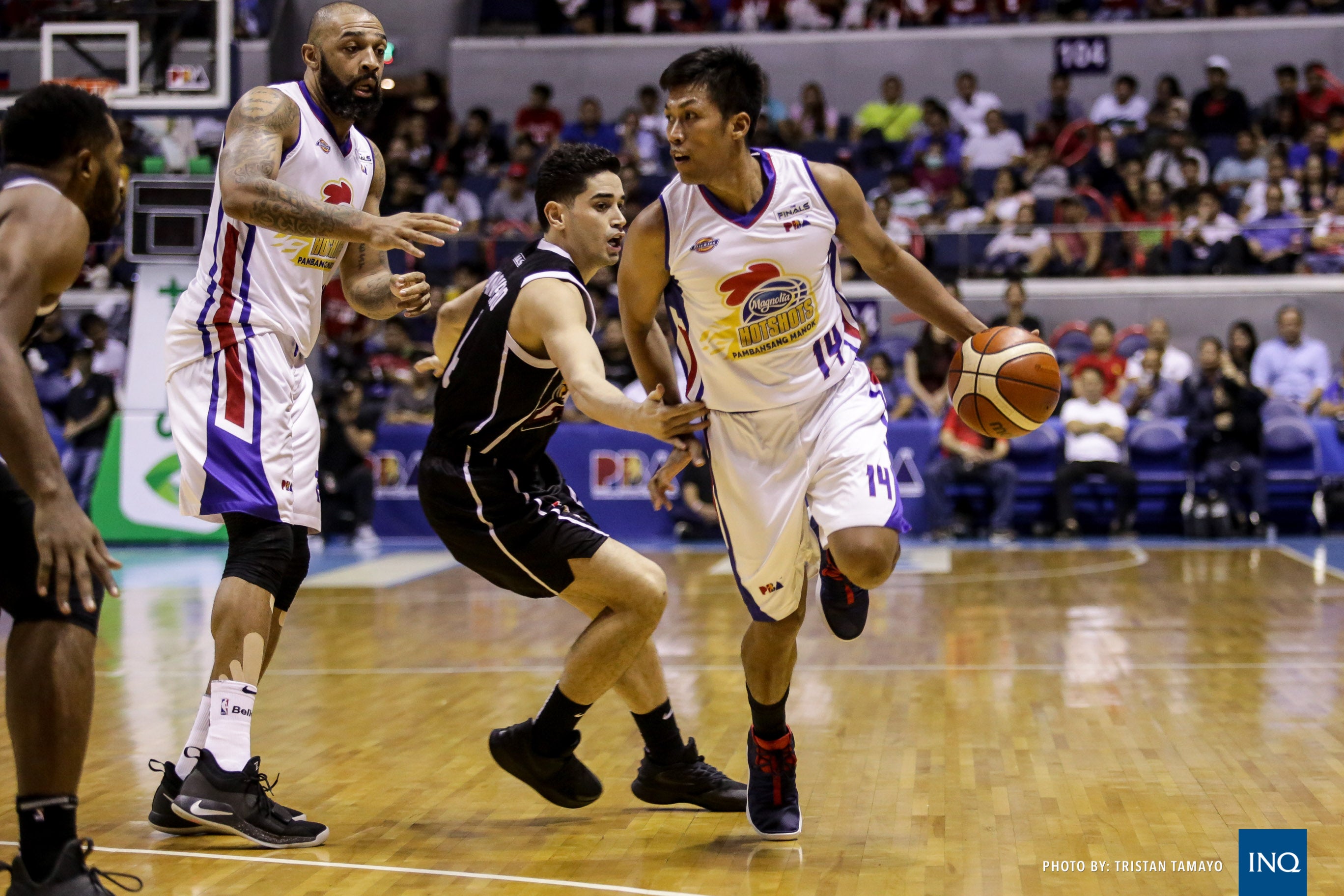 Barroca was caught on replay hitting Banchero in the groin with a closed fist inside the last three minutes of the Hotshots’ 90-76 loss to the Aces that tied the title series at 2-2.

“We were too physical and in some cases it we were going above what’s allowed,” said Barroca in Filipino. “Banchero and I are friends but [commissioner Willie Marcial] told us that it’s not good to the game if we continue to go at it constantly.”

PBA commissioner Willie Marcial said he had already talked to the two players after the game, giving them a warning. Marcial added he will also meet both players on Thursday before making a decision on the matter.

Banchero and Barroca were called with double technical fouls with 5:21 left in the game for continuous shoving in a dead ball situation but the crowning hit happened in the final three minutes of the game.

The two guards were jostling for position while Alaska import Mike Harris was at the free throw line when Barroca decked Banchero with a groin shot that escaped the call of the referees.

Both teams continued with their play while Banchero laid on the floor in pain and Barroca took that opportune time to shoot a three that trimmed the Hotshots’ deficit to nine, 78-69.

Banchero, however, got his revenge with his own three giving the Aces an 85-73 cushion with 1:16 remaining in the game.

Barroca, who could be suspended for Game 5, said things were just heated inside the court and both he and Banchero weren’t able to remain totally composed.

“The game was just heated and they won so we got to bounce back next game,” said Barroca, who had eight points and four rebounds.

The two, however, patched things up near the end of the game leaving whatever happened between them behind.

“I congratulated him for the win, told him, ‘nice game’ and it’s just the way it is inside the court but outside we’re friends.”