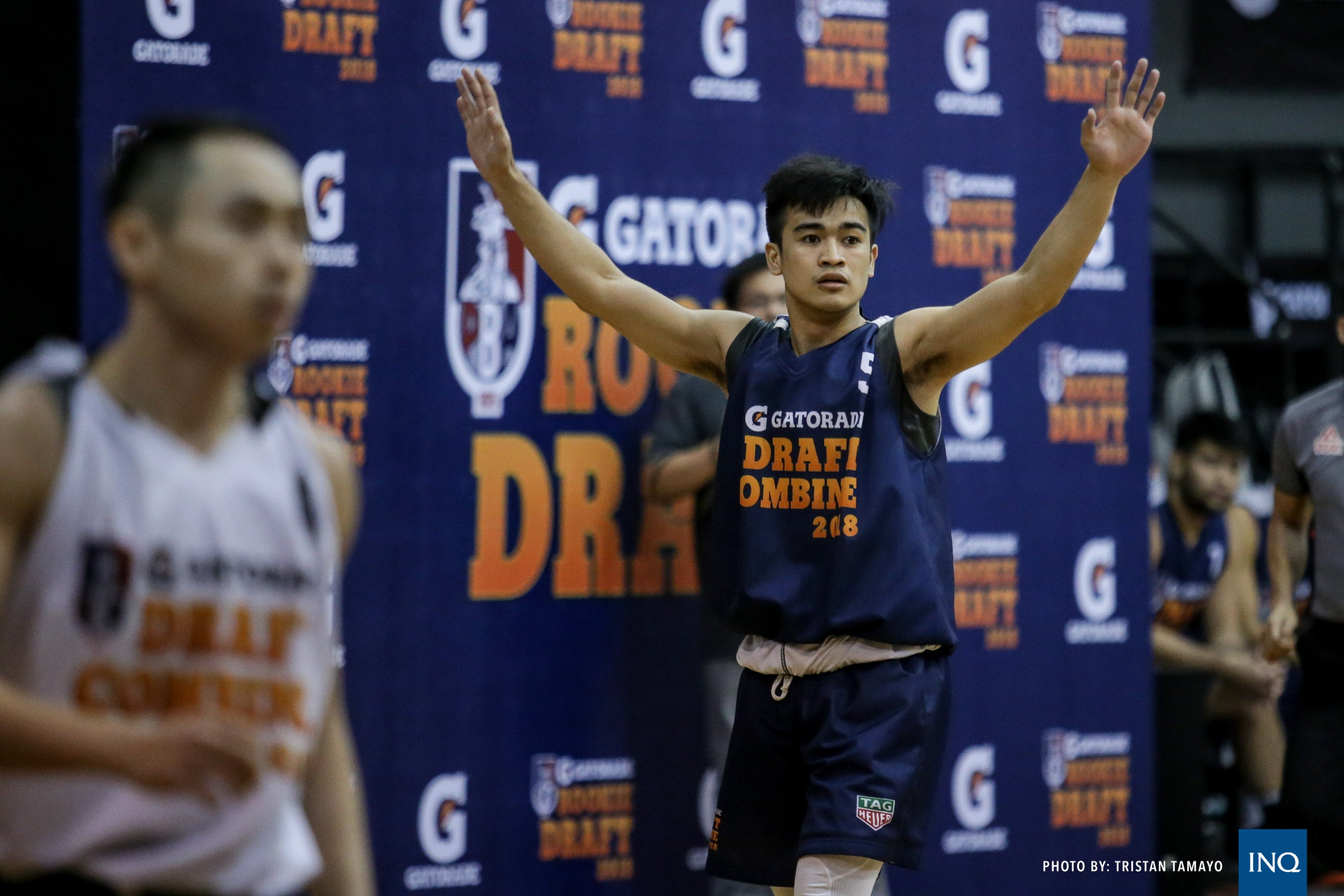 MANILA, Philippines—JP Calvo was already one of the better point guards in the collegiate level during his final years with Letran and he showed his worth he topped all applicants for the 2018 PBA Draft.

The diminutive floor general was named the MVP of the PBA Draft Combine Thursday at Gatorade Hoops Center after leading Team A-2 over Team A-3, 76-64, in the finals.

Although he had a game-high 23 points in that game, Calvo said he was just trying to put on a respectable show so the PBA coaches who attended the Combine would take notice of him.

“I didn’t expect that I would perform this way, maybe Lord just gave me this one,” said Calvo in Filipino. “But I really prepared for this so I could make sure that I will play well.”

Calvo, despite his notoriety in the NCAA, was often overlooked especially when the conversation turns to the prospective top picks.

NCAA rivals CJ Perez of Lyceum and Robert Bolick of San Beda were tabbed as early as the duration of Season 94 but Calvo just turned a deaf ear to the noise.

“I’m just thinking what team wants me and where I will sign.”