Pacquiao-Broner getting to be a ‘must-see’ event 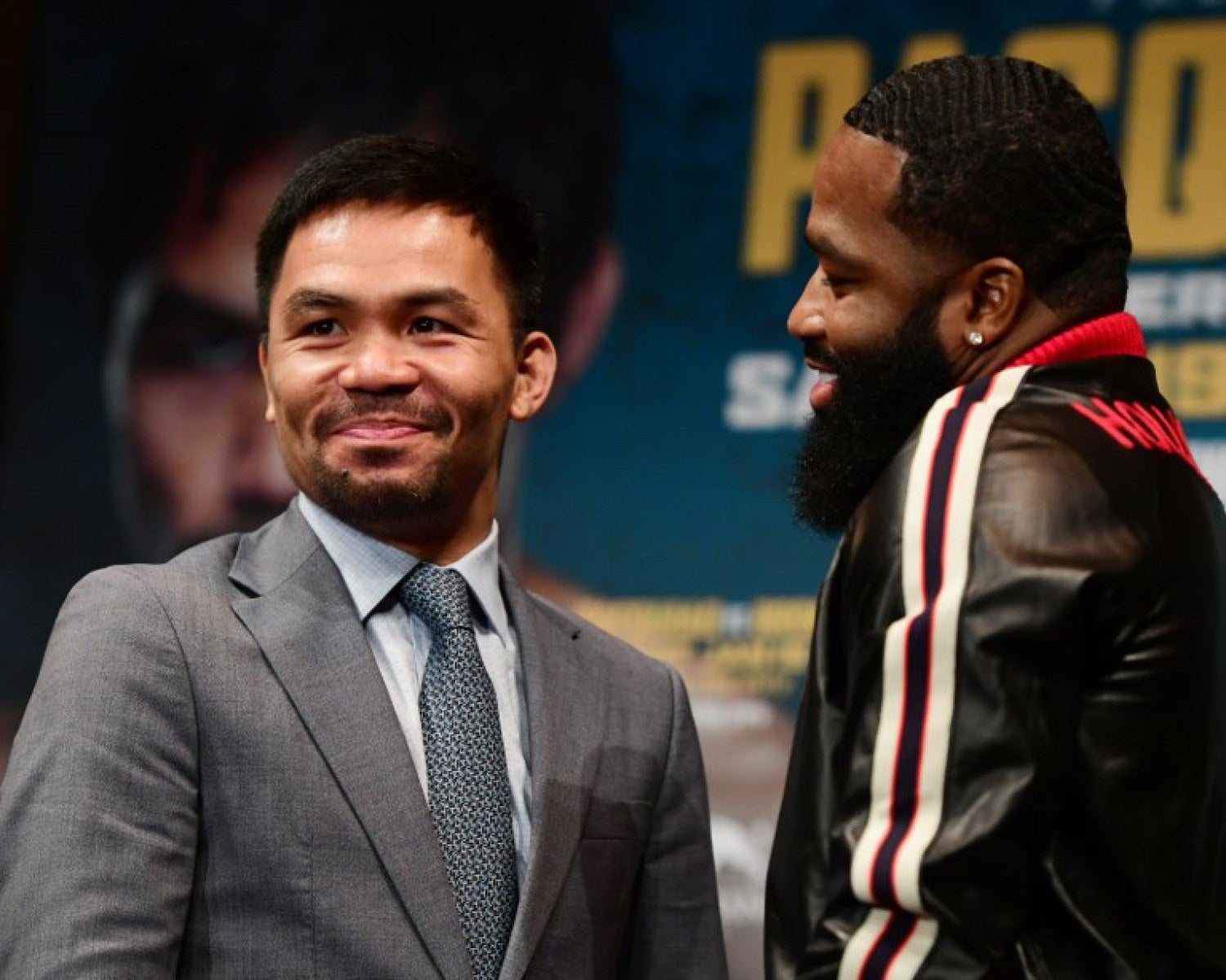 NEW YORK, NY – NOVEMBER 19: Manny Pacquiao (L) and Adrien Broner face off during a press conference at Gotham Hall in preparation for their upcoming match on November 19, 2018 in New York City. The match is set to take place on January 19, 2019 in Las Vegas. Sarah Stier/Getty Images/AFP

In his first face-off with Adrien Broner, Manny Pacquiao said his talented but controversial rival had the makings of a born clown. Pacquiao did not intend to be mean but had no choice but counter hard after Broner bragged that he would dismantle Pacquiao in their WBA welterweight title fight.

It was never easy to figure out Broner, 29, listed as a four-division world boxing champion.

The first reports about Broner pictured him as a talented but untamed fighter, with records of violations and run-ins with the law.

In that first meeting with Pacquiao, Broner bearded, was a straying vagrant wrapped tight in a jacket. There would be speculations he was no less than 30 pounds overweight.

It was unthinkable how Broner would be able to trim down and be in shape, with his WBA world welterweight title challenge fast approaching.

He appeared lost, totally out of it.

One chance viewing of Broner’s few past fight on YouTube however provided a clear picture of what kind of boxer he was: supremely talented, tough, unpredictable, creative, a smooth and rhythmic operator.

He had suffered a total of three loses, but has never been stopped.

It would also be bared that Broner could’ve fought Pacquiao in 2016, but negotiations fell through after he demanded an incredibly huge purse.

Pacquiao flew home after the press tour in New York and Los Angeles. He wasted no time and started serious training.

Nothing was immediately heard from the Broner camp, if he ever had one. Next they knew he was supposedly deep in training in Florida. There was a video of him swimming and completing a full lap breathless underwater.

Broner’s handlers say he has been putting in work, but there were no specifics.

Pacquiao, on the other hand, has been freely observed working truly hard, jogging in the morning and doing gym work after his busy afternoon Senate chores.

Pacquiao, after celebrating his 40th birthday in General Santos, will next head for Los Angeles on Dec. 22 for the final punishing push.

Broner’s regimen has practically been wrapped in secrecy, while there were those who doubted if he could avoid the temptation to overindulge through the holidays.

Of course, Pacquiao will be the first one to say he won’t be fighting a clown on Jan. 19.

Strength and conditioning coach Justin Fortune said Broner, not a bum, will be a very tough test for Pacquiao.

Broner should be able to spring big surprises. He has vowed to pour it all because, he said, he also wanted to be a legend like Pacquiao.

(Birthday race: Former national cycling star Jesus Garcia Jr. will stage a three-category road race in Buenlag, Mangaldan, Pangasinan, on Dec. 18, his 73rd birthday. “This is very meaningful because I won my first of three Tour of Luzon titles in 1973,” he said. “Also in thanksgiving to Our Lady of Manaoag that I was able to reach this age.” Prizes, trophies and medals will be awarded.)