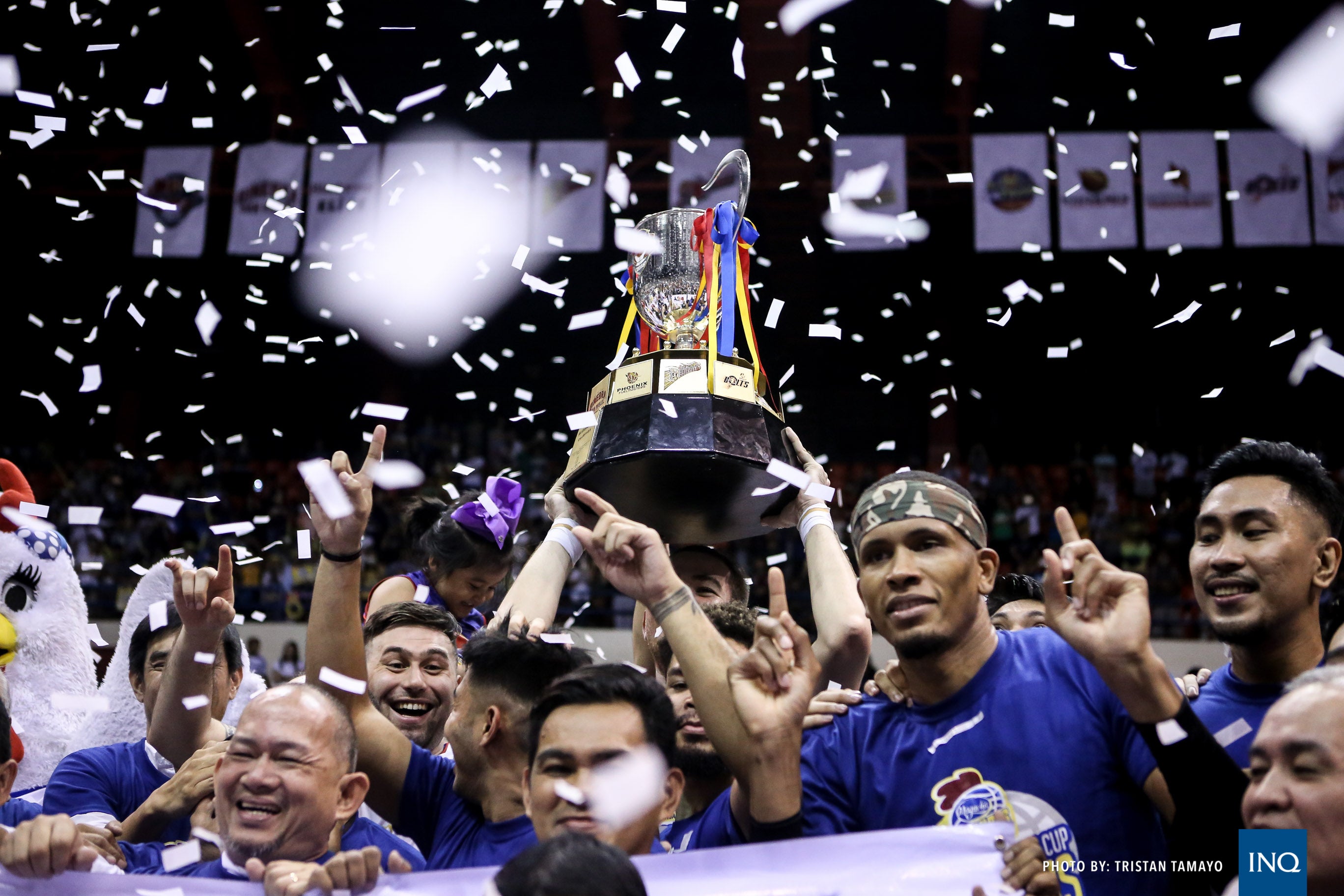 Magnolia turned what was deemed a dogfight kind of Game 6 into a rout and a much-awaited championship celebration Wednesday night.

The Hotshots finally ended their title drought after a wire-to-wire 102-86 win over the Alaska Aces in the 2018 PBA Governors’ Cup Finals for the franchise’s first crown since pulling off a Grand Slam in 2014.

Romeo Travis, the runner-up for Best Import of the conference, had the hot hand to finish with a game-high 32 points that went with 16 rebounds and six assists while Paul Lee, the Best Player of the Conference, added 16 points.

Magnolia held its fort for most of the fight maintaining a lead that hovered in the 12 to 15-point region but the Aces showed their persistence with Simon Enciso cutting the deficit to 10, 96-86, with a layup with 1:10 left in the game.

Jio Jalalon had a quick answer driving to the hoop to score on a floater to give the Hotshots a dozen-point lead, 98-86, with 50.5 seconds remaining.

“Our preparations started in the past four days and I saw that the players really wanted this game, they want the championship,” said Victolero. “Their focus in practice really showed that they really prepared for this game.”

“I saw in the first two, three minutes that my players had the desire and we were able to sustain our start.”

The Hotshots had a blistering start to the game going on a 12-0 opening barrage that turned into a 32-18 trench after Travis’ jumper with a couple of seconds left in the first quarter.

Mike Harris’ heroics of 26 points and 24 rebounds weren’t enough for the Aces as they dropped to a 0-5 Finals record in the Alex Compton era.