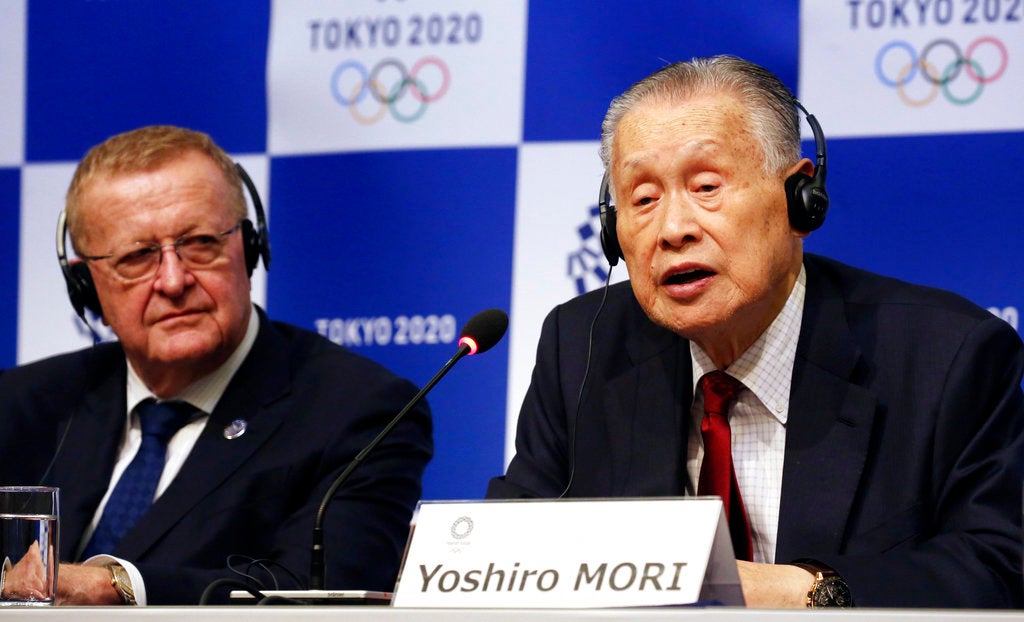 FILE – In this Dec. 5, 2018, file photo, Tokyo 2020 President Yoshiro Mori, right, speaks as IOC inspection team head John Coates listens during a press conference in Tokyo. Organizers of the 2020 Tokyo Olympics said Friday, Dec. 21, 2018, they picked up another $1 million in domestic sponsorships and that the operating budget for the games remains at $5.6 billion. (AP Photo/Koji Sasahara, File)

Tokyo 2020 organizers unveiled the latest version of the Games budget on Friday, keeping their estimate unchanged as they face intense pressure to keep costs down.

The latest budget for the Games stands at 1.35 trillion yen ($12.1 billion), unchanged in yen terms from the version announced this time last year.

Organizers have pledged the bill will not increase amid concerns that ballooning costs are putting off potential Olympic host cities.

“As many aspects of the Games have become more detailed, Tokyo 2020 has seen increases in some areas but has successfully reduced expenditures in other areas,” Tokyo 2020 CEO Toshiro Muto said in a statement.

“There is still a lot of work to be done to control expenditures, but with the cooperation of the IOC, Tokyo 2020 will continue to make best efforts to maximize revenues, contain costs and keep its budget within 600 billion yen” for the organizers, he said.

Muto has previously said that measures to tackle the expected hot weather during the Tokyo summer — such as water sprinklers and special heat-absorbing paint on roads — could push up the bill.

Friday’s latest estimate came after a dispute over what exactly counts as Olympic spending.

A report from government auditors made headlines in October when it revealed that a budget-busting 800 billion yen had been allocated by government ministries and agencies.

According to the report, the central government has allocated funds for 286 projects — ranging from the operation of weather satellites to subsidies for hydrogen stations for fuel-cell vehicles.

The government has pledged to stick to its goal of hosting a “compact” Olympics.

The 2020 organizers hit back saying that auditors were counting outlay that is not related to the Olympics, unfairly inflating what the Games will cost Japan.