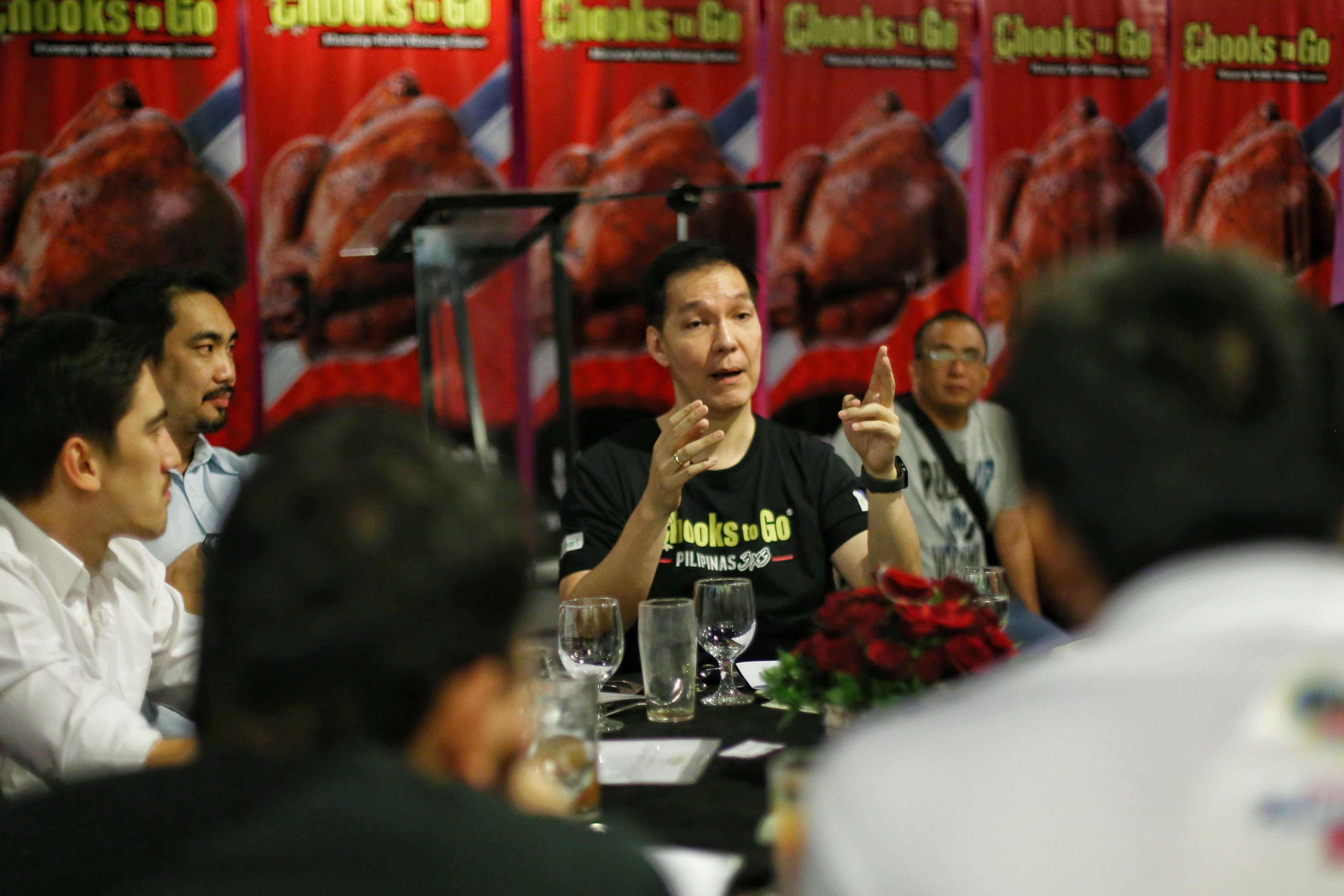 MANILA, Philippines—The country’s bid of sending a three-on-three basketball team to the Olympics got its head start after Chooks-to-Go Pilipinas 3×3 was launched on Friday at Bar One in Crowne Plaza along Ortigas Avenue.

A total of 12 city-based teams will compete in the league with Chooks-to-Go aiming to help the Philippines accumulate points needed to qualify for the 2020 Tokyo Olympics.

“We are very excited with this 3×3 league backed by Chooks-to-Go, and this is the chance we’ve been waiting for to build a league specifically for 3×3,” said league commissioner Eric Altamirano. “We will have teams from Luzon, Visayas, and Mindanao.”

“Though the point system of Fiba is complicated, it all starts by having a league,” said Altamirano. “Then when we have a league, we can now join the World Tour which comprises of 40 events and that’s where all the points come from.”

There will be six legs in the first conference and the games, which are put on a round-robin format, will be played in SM Malls and each leg will also have a champion.

The champions of the respective legs will be awarded and the top four will be automatically seeded.

After the teams get their points and seeds, it will now play in a knockout tournament with the overall champion winning P1,000,000.

The league’s preseason starts on January 14 at Ynares Sports Arena in Pasig.