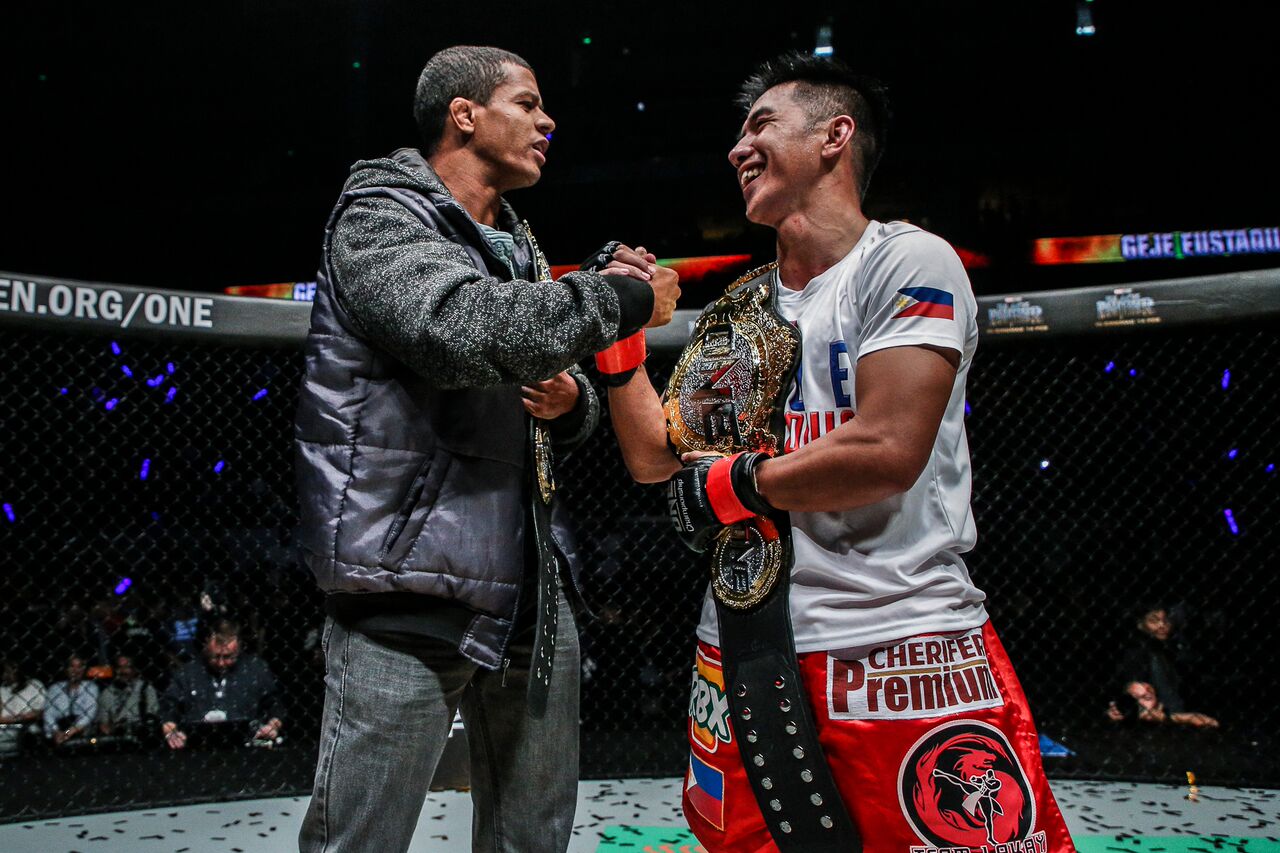 Geje Eustaquio and Adriano Moraes are set to break their 1-1 tie and on the line is the Filipino’s ONE World flyweight title.

This will be the first trilogy in ONE Championship history and the fateful match is set on January 25 at Mall of Asia Arena in the ONE: Hero’s Ascent card.

The two first faced each other on Sept. 12, 2014 with Moraes (17-3) taking the victory 3:54 into the second via guillotine choke to become the inaugural ONE World flyweight champion.

Eustaquio (11-6), though, got retribution on June 23 in the Pinnacle of Power card.

The Team Lakay veteran went into the fight as the interim champion but left the ring at City of Dreams in Macau as the undisputed champion after taking the split decision win.