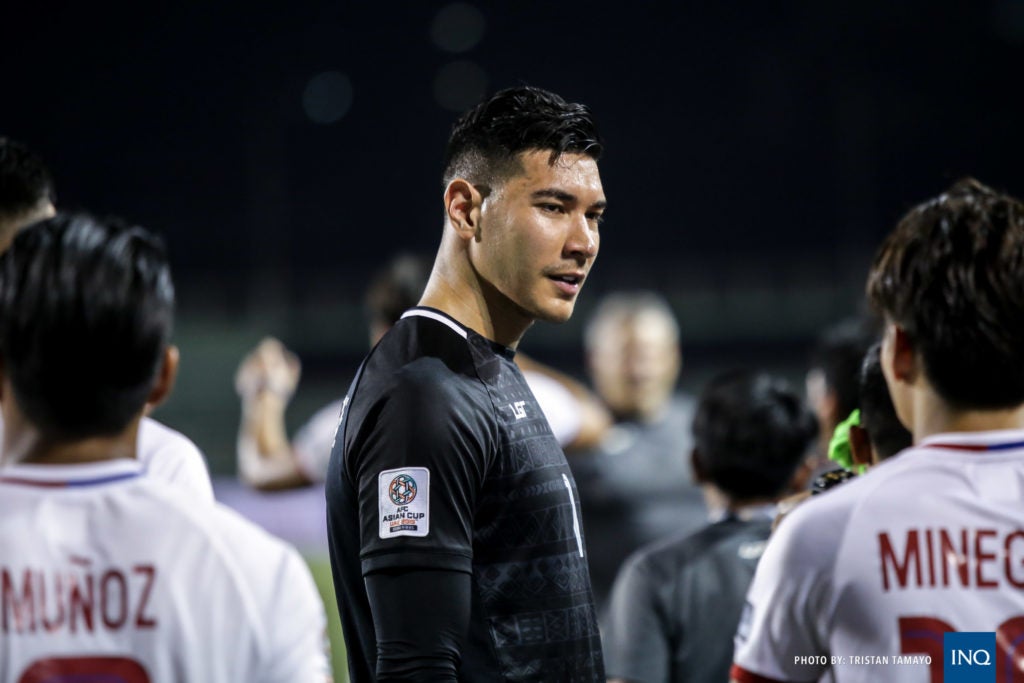 Neil Etheridge more or less knew he was on the block as far as booking a slot in the Philippine team that will make a maiden appearance in the Asian Cup next month.

Etheridge, who has 62 caps with the Azkals, understood that it would be unfair to the other squad hopefuls if he were given a slot when he can only play one game for the country owing to his obligations to English Premier League club Cardiff City.

“It wasn’t an easy decision to make,” Etheridge told the Inquirer on opting to focus on the Premier League. “As people know, I’ve worked so hard to be playing every week in the Premier League. After a long discussion with people involved, it would be unfair for me to take a spot of another player.”

Etheridge was left out of the squad because he can only commit to play for one match—against South Korea on Jan. 7—as Cardiff City is currently locked in a tight battle to stay in the top flight in England.

“It’s a fantastic competition and a competition that everyone in Philippine football have worked hard to be a part of,” said Etheridge.

“And unfortunately, the Asian Cup falls in January which is a frustration for players like myself when we’re still in season. I don’t believe this will be the final time that we reach the Asian Cup and in the future when situations change, I hope to be a part of it.”

With Etheridge out, Michael Falkesgaard is a lock to be the Azkals No. 1 with newcomer Kevin Ray Hansen, who plays for AC Horsens in the Danish League, as his backup.

The team will have a third keeper in Ace Villanueva, one of just two homegrown players in the squad, the other being Jovin Bedic.

The Azkals, though will still have a veteran team when it marches to battle in the United Arab Emirates.

Swedish coach Sven-Goran Eriksson has assembled a squad with an average age of 28 for the continental showpiece event, where the Azkals will be in a challenging group that includes South Korea, China and Kyrgyzstan.

The players picked by Eriksson and his staff have 608 appearances for the national team between them with Phil and James Younghusband arguably the biggest names and with the most number of caps with 105 and 100, respectively.

Paul Mulders is the oldest player in the side at 37 years old, while Patrick Strauss is the youngest at 22.

Miguel Tanton, one of the top midfielders in the Philippines Football League, who signed with Ceres-Negros recently, was a surprise inclusion as he was not part of any of the squads in the buildup to the tournament.

“I think we have formed a great group of players ready to represent the country in our biggest tournament yet,” said Azkals manager Dan Palami.

The Azkals flew to Doha, Qatar, last Friday for the final stretch of their preparations that will include a friendly with Vietnam on New Year’s Eve.

Among those who were also surprisingly left out of the team were defenders Amani Aguinaldo and Martin Steuble, who were both part of the squad that reached the semifinal of the AFF Suzuki Cup.

Aguinaldo, however, will participate in the Azkals’ camp in Doha together with youngsters Marco Casambre and Jarvey Gayoso.